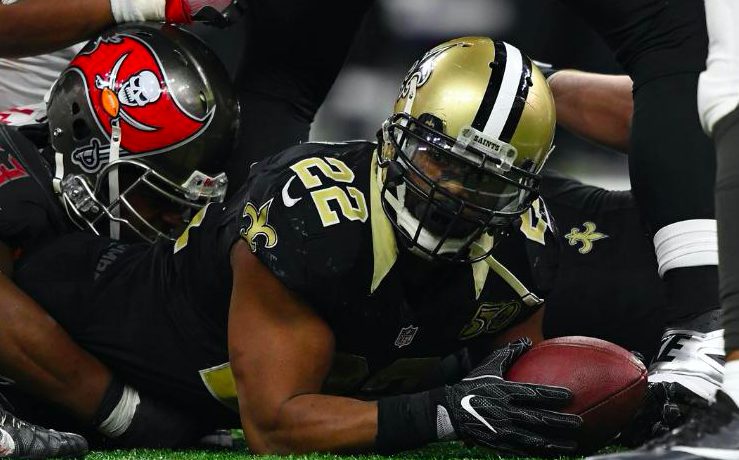 Fantasy Losers After The 2017 NFL Draft


Who are the fantasy losers after the 2017 NFL Draft? If you missed the fantasy winners from the draft, you can find them here. [Note: again, the players are in alphabetical order so rankings—which will be released in the summer—are not tipped]

Everyone thought the Ravens would address the wide receiver position at some point during the draft, but they went with all defensive players and offensive linemen. Joe Flacco will have an aging Mike Wallace and a disappointing Breshad Perriman as his top receiving options in 2017, barring a trade or signing.

The Lions did a little more than the Ravens to address their skill-position players, but wideout Kenny Golladay (third round) and tight end Michael Roberts (fourth round) don’t provide the kind of spark that Matthew Stafford would have liked. In a deep year for quarterbacks, Stafford probably shouldn’t be drafted in fantasy leagues.

Eagles GM Howie Roseman added wideouts in free agency with the signings of Alshon Jeffery and Torrey Smith, but the former has been banged-up over the past two seasons, and the latter has topped 855 receiving yards just once in his career (back in 2013 with Baltimore). Mike Williams falling to 14th overall could have changed the draft for Philadelphia, but instead, the Birds have an underwhelming and unreliable trio of Jeffery, Smith, and Jordan Matthews for Wentz to throw to. I would say Nelson Agholor could breakout in his third season–which is when many receivers have–but he might not see the field over Roseman’s guys.

All three “losers” for running backs saw players get drafted early at their position last week, and Joe Mixon is clearly the best player and biggest threat out of them. Jeremy Hill said before the draft that anyone the team drafts will be his backup, but I highly doubt that is the case with Mixon, who is a dynamic on-field talent.

Ingram’s stock took a hit with the recent Adrian Peterson signing, and the Saints trading up for Alvin Kamara in the third round made it an even bigger blow to his fantasy value. He should remain the starter, but Ingram will face stiff competition for touches—even after averaging 5.1 yards per carry in 2016.

I am not as high on Dalvin Cook’s NFL prospects as most people, but the second-round pick will undoubtedly impact Murray’s role in Minnesota. Latavius is no longer the clear starter for the Vikings, and the backfield competition will be one to watch this preseason.

The talented but oft-injured receiver was hoping the Chargers wouldn’t draft a receiver, but that’s exactly what they did with the seventh overall pick in Mike Williams. After an impressive rookie season (71/1,046/8), Allen has struggled to stay on the field over the past three years, and Los Angeles added a guy that could supplant him as Philip Rivers’ #1 option.

Tampa Bay’s offense has added DeSean Jackson, O.J. Howard, and Chris Godwin this offseason, which is great news for the team, but awful news for Evans’ fantasy production. His 175 targets led the NFL in 2016, and there is almost no chance Evans repeats that with all the new toys Jameis Winston has to play with.

Matthews was a nice surprise for Marcus Mariota last season, but Tennessee not only drafted Corey Davis fifth overall, but also took Taylor Taywan in the third round. He should still start across Corey Davis, but Matthews will probably be the third or fourth option on a run-heavy offense now.

Like Mike Evans—but even more so—Cameron Brate’s stock took a hit with all the weapons the team added. First-round pick O.J. Howard will become the #1 tight end sooner rather than later, and even though the Bucs will play them both, Brate will have a hard time improving on his breakout 2016 season.

McDonald just signed a nice five-year extension in December, but the new regime is already trying to move him, as his name came up in trade talks during the draft. San Francisco spent a mid-round pick on George Kittle, and even if McDonald’s on the roster, it seems unlikely he is a long-term piece for the rebuilding Niners.