WOLF SPORTS ALERT There may be temporary bugs due to site performance upgrades. Thank you for your patience!
Home / frontfantasy / Making The Case For The First Pick: Le’Veon Bell 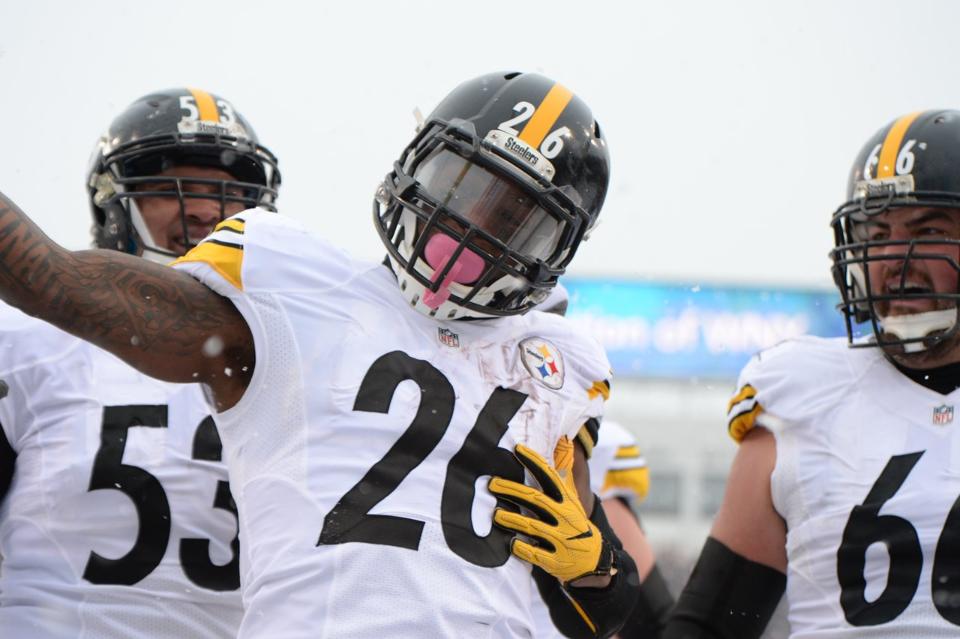 Making The Case For The First Pick: Le’Veon Bell


With July somehow just a couple days away, fantasy football season is on the horizon. Early birds will likely begin drafting at the end of July, but that is a mistake, as injuries in training camp and preseason games happen far too often to be drafting that early. Unless there is some sort of scheduling conflict in your league, you should have your draft after the third week of the preseason at the very earliest. Ideally, anytime after all the preseason games are finished would be the perfect time because rosters would be basically set and injuries no longer a concern until the regular season.

All that said, the debate about who should be taken first in 2017 fantasy drafts has probably been going on since last December. There are a handful of contenders, but only one player can sit at the top of your rankings. Here’s my take on the debate, starting with Le’Veon Bell. [Note: this conversation is for non-PPR leagues (i.e. standard), which is the type of scoring you should be using]

As of now, Le’Veon Bell holds the top spot on Fantasy Pros’ expert consensus rankings. Entering his age-25 season, Bell has already totaled 6,050 scrimmage yards through four seasons, with 26 rushing touchdowns and five receiving scores. I would argue that he is the NFL’s best running back, and he has the benefit of playing in perhaps the league’s best offense with Ben Roethlisberger and Antonio Brown alongside him. If Martavis Bryant gets and stays on the field, things could open up even more for Bell.

Even though he was suspended for the first three weeks of last season and sat out Week 17 against Cleveland, Bell still finished as the overall RB4 in standard leagues with 1,268 yards and seven touchdowns on the ground, plus 616 yards and two more scores through the air. He averaged over 100 rushing yards for the first time in his career, and it continues the trend of increasing his numbers each year in the league. The 19.25 fantasy points per game for Bell would have given him 308 on the season if he played all 16 games, which would have trailed only David Johnson (313) last season.

Considering Bell was coming off a serious knee injury in 2015, it was a sensational season for the superstar back, and there is no reason he can’t match or surpass his 2014 numbers of 1,361 yards and eight touchdowns rushing and 854 receiving yards with three touchdowns.

Last year, after a four-game losing streak that had the Steelers at 4-5, the team ripped off six wins in a row (seven including Week 17 versus CLE) in large part to Bell taking over. His lines over those six games were as follows:

And if you include the two postseason wins before a blowout loss to the Patriots:

Now, Bell would have carried the ball 440 times if we doubled those 220 attempts, and that would shatter Larry Johnson’s single-season record of 416 carries. That won’t happen because the Steelers will try to keep their feature back fresh. Still, the fact that Bell was able to carry the load like he did for an extended period of time while coming off a knee injury has to bode well for his 2017 outlook.

You truly never know how defenses will play from year-to-year, but Bell does have the benefit of opening up and closing the regular season versus Cleveland. Hopefully this year he will be in uniform Week 17 against the Browns for fantasy owners playing for a championship.