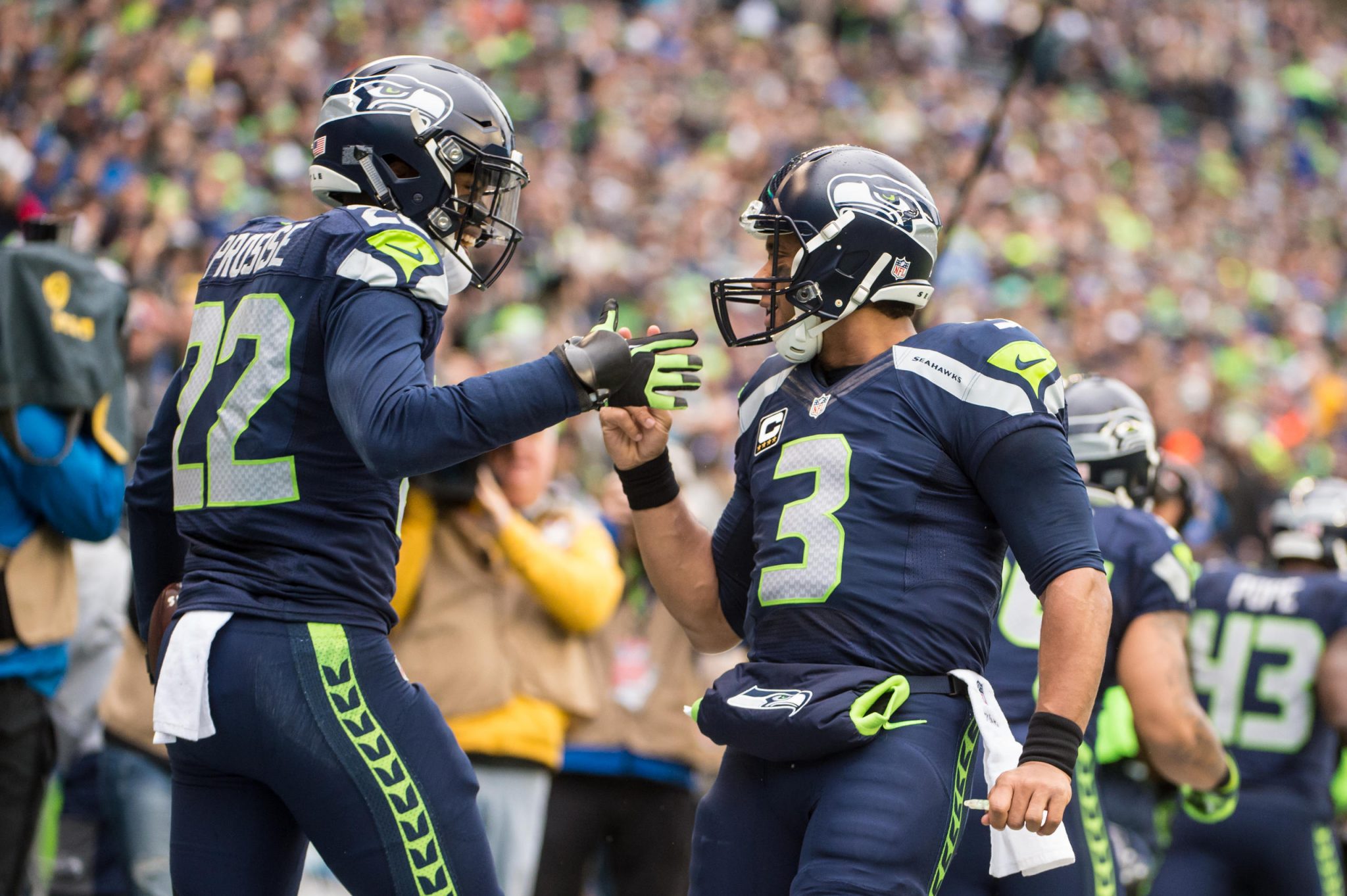 Quarterback is a deep and difficult-to-predict position in fantasy football. Last season, Cam Newton was a first-round pick in many fantasy drafts but finished as the 18th best player at his position, while Matt Ryan was a late-round option but finished as the second best fantasy quarterback. In 2015, Blake Bortles was the fourth best fantasy quarterback (and he was actually eighth last season, believe it or not).

Basically, if you don’t have an elite option, waiting until the late rounds to pick a quarterback—though you have to pick the right guy—could be the best strategy. Currently ranked as the 64th overall player in Fantasy Pros expert consensus rankings, Russell Wilson is someone you will have to spend a mid-round pick on, and he is my most overvalued quarterback this season.

Wilson is undoubtedly one of the best quarterbacks in the league, and he’s been a consistent fantasy performer since being drafted by the Seahawks in 2012. Here are fantasy finishes for Wilson over the past five years:

Last year, despite having his lowest fantasy finish, Wilson threw for a career-high 4,219 yards, but also tossed a career-high 11 interceptions. Still, that is not a concerning number, and Wilson was somewhat of a one-man show in 2016 with a weak offensive line and lack of a running game to support him.

After the Seahawks signed Eddie Lacy this offseason, the backfield suddenly looks crowded—and talented. Thomas Rawls made people forget about Marshawn Lynch when he averaged 5.6 yards per carry as a rookie in 2015, and he should be healthy after an injury-riddled 2016. Also, C.J. Prosise isn’t going away, so Seattle will have three solid backs that need touches this year.

Wilson battled leg injuries of his own last season, and it is probably fair to say that the Seahawks will put an emphasis on the non-Wilson running game to keep him healthy for now and the future. Their bulking of the backfield heading into this season proves that.

I definitely agree that a more balanced offense will help the quarterback out, but Wilson will likely be orchestrating a low-volume, conservative attack like he did early in his career, and it could be without the rushing numbers he used to enjoy. Turning 29 this year, it would be a surprise if Wilson ever came close to his 2014 rushing totals of 849 yards and six touchdowns again, especially after those injuries last season.

I am not going to tell people not to draft Russell Wilson—he’s an elite football player and winner—but as stated, the quarterback position is deep, and there is a good chance you can draft someone in the 14th round that will be better than Wilson. I would simply much rather roll with Philip Rivers (or one of the many other quality late-round passers) in the 14th round than Wilson in the sixth or seventh round.

Think about it. Would you rather have Wilson and someone like Jeremy Hill (currently going at the top of the 14th round) or Rivers and someone like Martavis Bryant (currently ranked one spot behind Wilson)? The average draft position of Wilson shows that many fantasy owners are deciding to let someone else take him, as he is currently going 75th, which is 11 spots lower than his consensus ranking.

It all comes down to preference at the quarterback position in fantasy football. Some people might want to take a player in the Luck/Wilson/Ryan range as early as the fourth or fifth round so they know they are set at quarterback, but unless you really think highly of the player (i.e. you have them as the highest-ranked player on your board), I would advise against that.

I will go more in-depth about some good draft strategies at quarterback and in general as we get closer to the end of August.