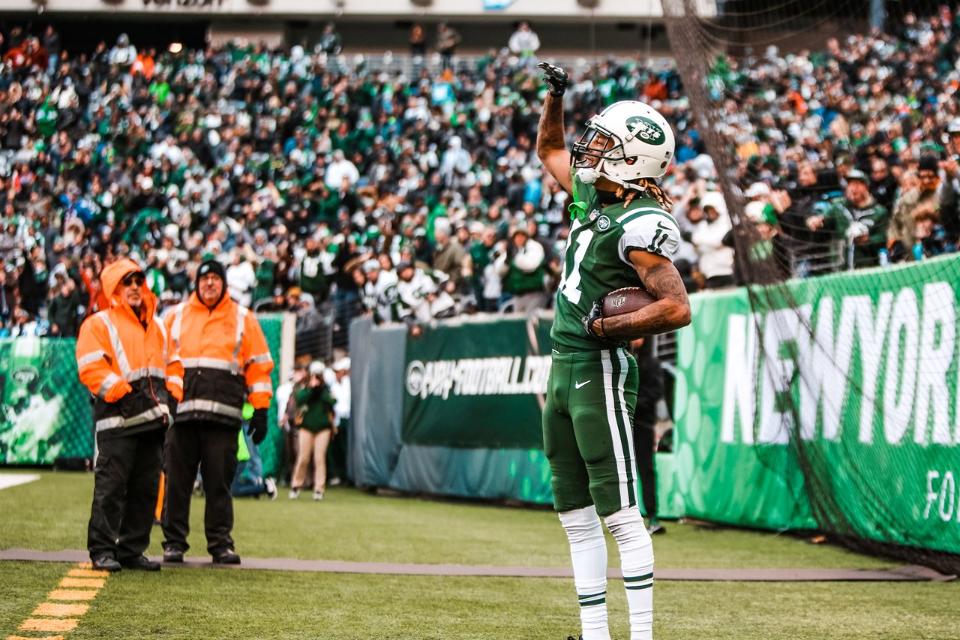 
Keep sending your questions to contact@wolfsports.com and I’ll answer them every Friday (and you’ll also get an email reply almost immediately). Check out our Week 13 rankings for all your start/sit decisions.

Sammy Watkins or Robby Anderson for the rest of the season?

I think Watkins. He’s a better player with a much easier schedule, and the time with Robert Woods out of the lineup is allowing Watkins and Jared Goff to build chemistry. This week against Patrick Peterson makes him a FLEX, but I think he’s a high-end WR2 after that.

What are some defenses I should target in the fantasy playoffs?

Jacksonville is the obvious one and is worth noting on the off chance they are available, but the Ravens should also be an elite option with games against the Browns, Colts, and Bengals in Week 15-17. Besides that, just look for teams playing the Browns or another bad offense like defensive streamers would do during the regular season.

Peterson caught four passes last week, but McKinnon should be up in that range after catching just one pass for 31 yards on Thanksgiving. Also, I’m expecting game flow to work against AD, so I think McKinnon is the better PPR option.

So my season will probably be on the line on Monday night. Can I trust JuJu Smith-Schuster to play?

He practiced fully on Thursday, so it looks like JuJu will be out there. If you don’t have Martavis Bryant or Brandon LaFell as a backup, it might be better to play someone on Sunday if you have a solid option, but I would feel comfortable with Smith-Schuster.

Should I play Josh Gordon now that Geno Smith is in for the Giants and I had Sterling Shepard?

Gordon could come out and go for 200 yards in his first game action since 2014, but I would sit him for at least one week to see how he looks. Also, Geno Smith isn’t as big a downgrade as people want to make him out to be, so I think Shepard is the better play in a really good matchup.