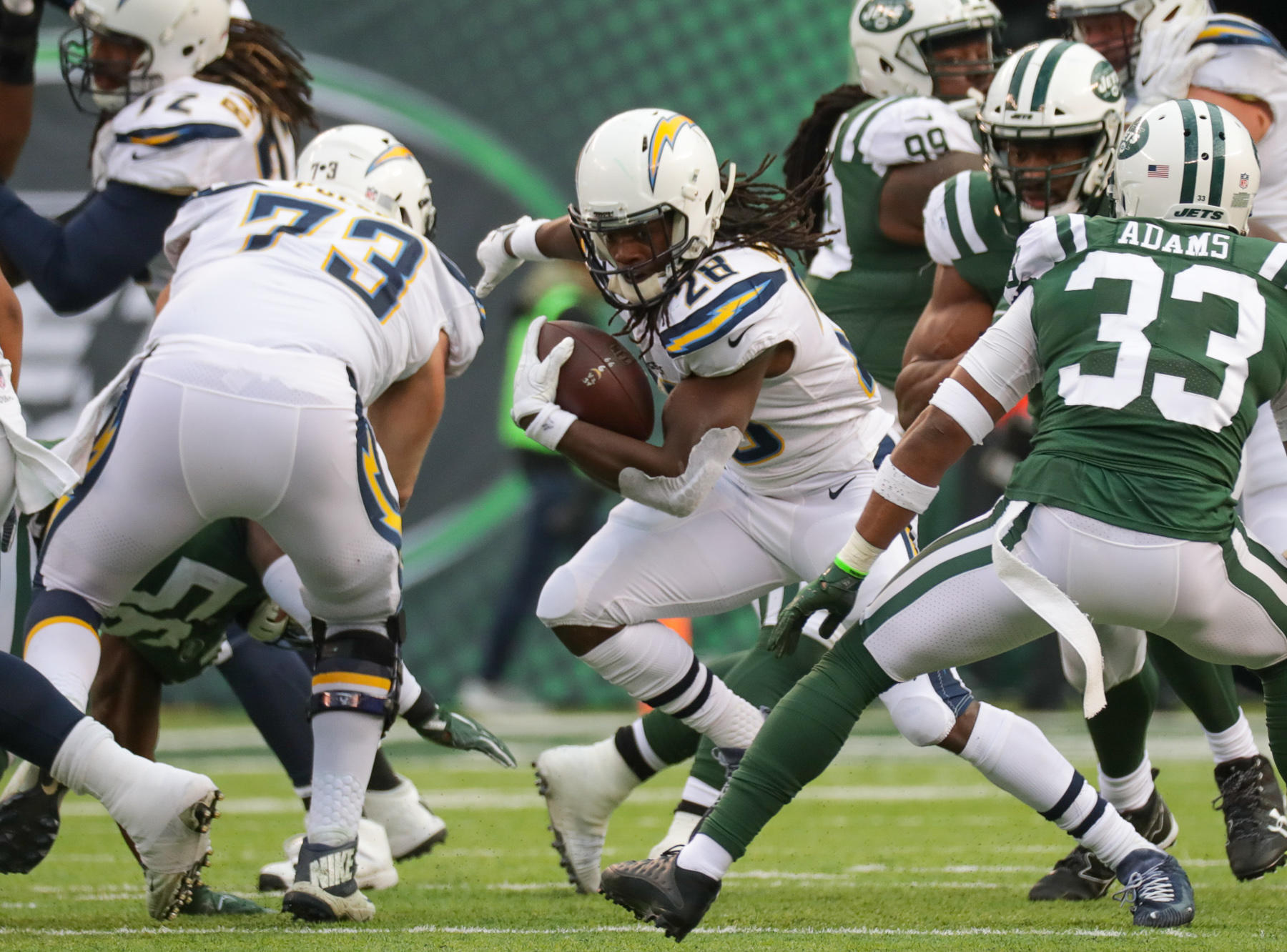 
It’s time for the final fantasy mailbag of the season. We will no longer have an article answering questions every Friday, but keep sending your questions to contact@wolfsports.com and I’ll answer them through email all offseason. Check out our Week 17 rankings for your start/sit decisions in the fantasy championship.

I have Mahomes significantly higher, so go with him. I don’t think the Chiefs are going to make the rookie play conservatively, and Carr has struggled all year for Oakland.

Things will change a lot in the offseason, but as of now, I think it’s Todd Gurley. The MVP candidate has no injury or off-field concerns, and he plays in a fatansy-friendly offense.

Who has the highest upside out of this group: Corey Coleman, Damiere Byrd, John Brown, or Josh Reynolds? I need a big game in my dynasty league.

I would lean towards Brown, but it’s between he and Coleman. I say start whoever you’re feeling, though, even if it’s Reynolds or Byrd.

Can I trust Melvin Gordon if he plays?

He’s the #2 RB for me this week in a game that Los Angeles needs to win to make the playoffs. What he’s playing for will hopefully make up for the injured ankle.

Would you rather have Odell Beckham Jr. or the second pick in a dynasty league?

Definitely the second pick in my opinion. No one knows what will happen with the Giants in the offseason, but I’d think if Eli Manning leaves, the next quarterback won’t be as likely to pepper Beckham with targets, and picking that high in a rookie draft will give you a stud at whatever position you want/need.