WOLF SPORTS ALERT There may be temporary login issues due to site maintenance. Thank you for your patience!
Home / frontfantasy / White Wolf Fantasy Mailbag: December 8, 2017 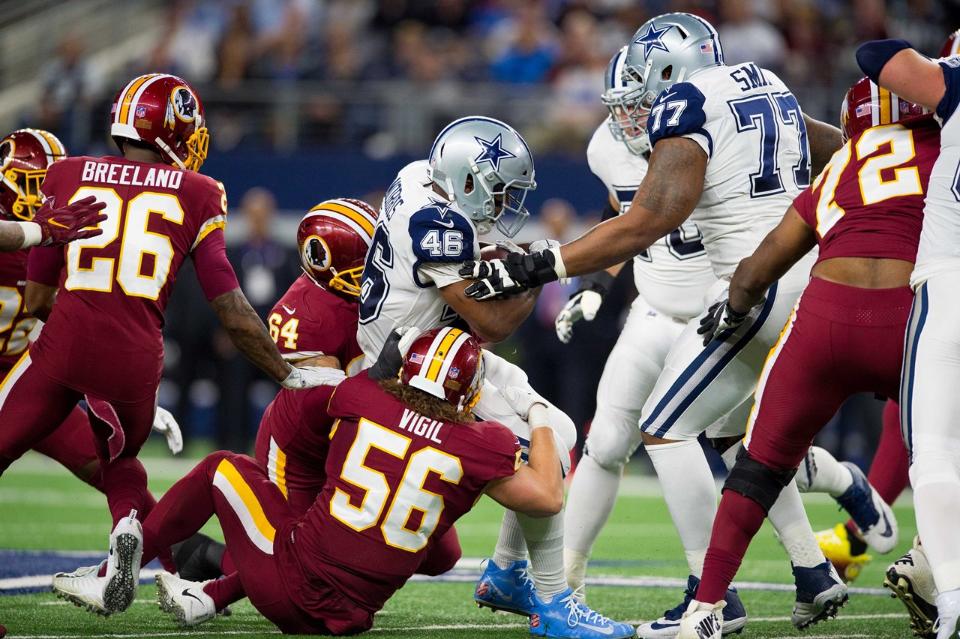 
Keep sending your questions to contact@wolfsports.com and I’ll answer them every Friday (and you’ll also get an email reply almost immediately). Check out our Week 14 rankings for all your start/sit decisions.

I have a bye this week, but in Week 15, should I stick with Jared Goff against Seattle? Case Keenum, Josh McCown, and Tyrod Taylor are other options.

What happens this week could always have an impact, but even in Seattle, I would roll with Goff. The only other one I would consider is Keenum against Cincinnati, as McCown will face the Saints off a mini bye, and Taylor is banged up and lacking weapons.

Who should I bench out of Alfred Morris, Jerick McKinnon, Marqise Lee, Kareem Hunt, and Chris Hogan? PPR league and I’m leaning towards benching Lee and McKinnon.

I would definitely play Hunt and Hogan (if his status looks good), but it’s extremely close for the other three. McKinnon has a higher floor in PPR leagues, but Alfred Morris had some nice running lanes in Week 13, so it might be worth going with your gut and sitting Lee and McKinnon. I think Lee could have a good game after what Nelson Agholor did last week, but I just don’t trust Blake Bortles enough in the fantasy playoffs.

Yes, Jones did score the game-winning touchdown in overtime over Tampa Bay, but that was his only touch of the entire game, while Jamaal Williams rushed 21 times for 113 yards and a touchdown. Jones will undoubtedly see an increased workload, but I think you can still play Williams as a solid FLEX.

For the most part, Baltimore has been really good this season for real-life and fantasy purposes, but while they hit the road to face the Steelers, Buffalo is at home hosting a three-win team in a possible snowstorm. Go with the Bills.

Should I FLEX Nelson Agholor or Alex Collins?

That’s about as close as it gets, as both players are low-end WR2(RB2)/FLEX options are their respective positions. I like Agholor with the hopes that Philly’s coaching staff got him more involved last week because it was their toughest game of the year, and they know a win against the Rams would be huge, so I’m thinking that the talented receiver remains a significant factor.