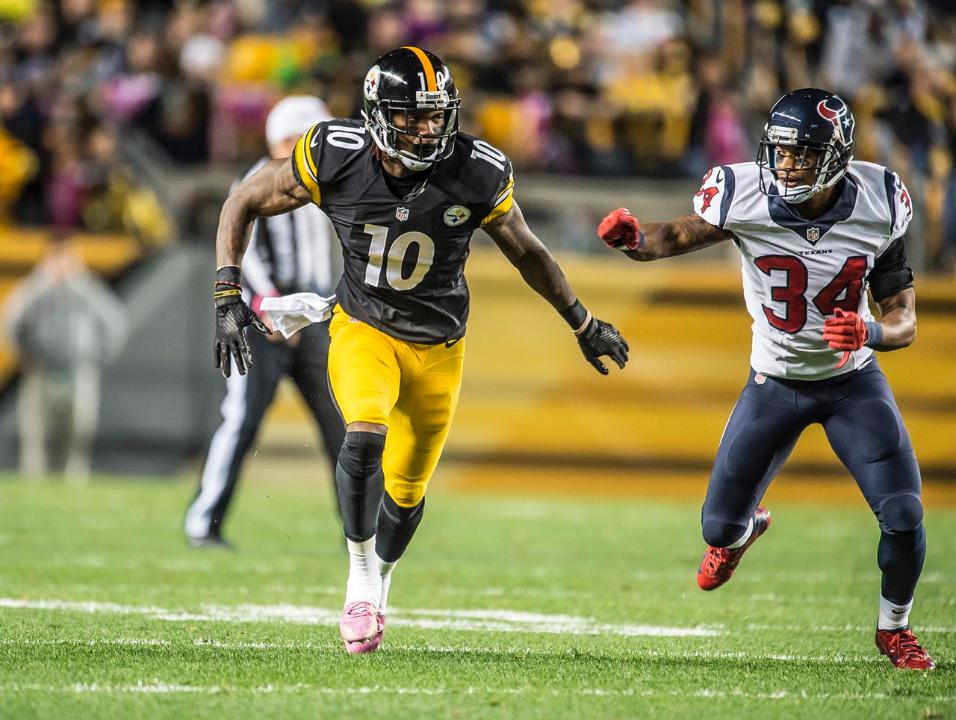 
Welcome to the second edition of the White Wolf Fantasy Mailbag. Training camp opens tomorrow for the Arizona Cardinals, and soon enough, we will get preseason football with the Hall of Fame game between the Cardinals and Cowboys. I’ll keep answering fantasy questions every Thursday to get us through training camp and the preseason, and you can email your questions to contact@wolfsports.com.

This question might have been asked because Kelce is the highest-ranked tight end on Fox Sports Fantasy, and I don’t agree with their ranking. Yes, Gronkowski is coming off back surgery, but he’s the most dangerous tight end of all time in the prime of his career at 28-years-old. Gronk will be the most consistent receiving option on the loaded Patriots offense.

Is Martavis Bryant worth the risk? – James

At some point in the draft, for sure. When is the question, and you will need to decide if a) you can trust him (which will be hard to determine if you don’t know him personally) or b) if you can draft well enough around him in case he gets suspended again. I probably won’t be owning him in my league at his 60.0 ADP on Fantasy Pros, but I can see why people will take him that high.

Should Jordan Howard be a first-round pick? – Alex

Yes, in standard leagues at least. Howard was my cover photo for my standard versus PPR article. For those who use PPR-scoring, you should probably wait until the second round.

When should I take Ezekiel Elliott if he’s suspended? – Marcus

It depends on the length of the suspension. I have heard anywhere from one to six games for Elliott, so we’ll have to wait and see. Hopefully a resolution comes soon, but this is just another reason to hold your fantasy draft at the end of August or beginning of September. Anyone who drafted Le’Veon Bell early in 2016 probably felt pretty good about it, so if you have a top-five pick, you might need to use it on Zeke if you want him. I personally would wait until the middle of the second round, and if it’s more than three games, probably the third.

Drew Brees. He’s thrown for at least 4,388 yards and 32 touchdowns in each of the past nine seasons, and completed 70% of his passes for 5,208 yards and 37 touchdowns in 2016. Brandin Cooks leaving is a concern, as are games away from the Superdome, but I could see Brees becoming more efficient (i.e. fewer turnovers) with a stronger running game in a more balanced offense this year.