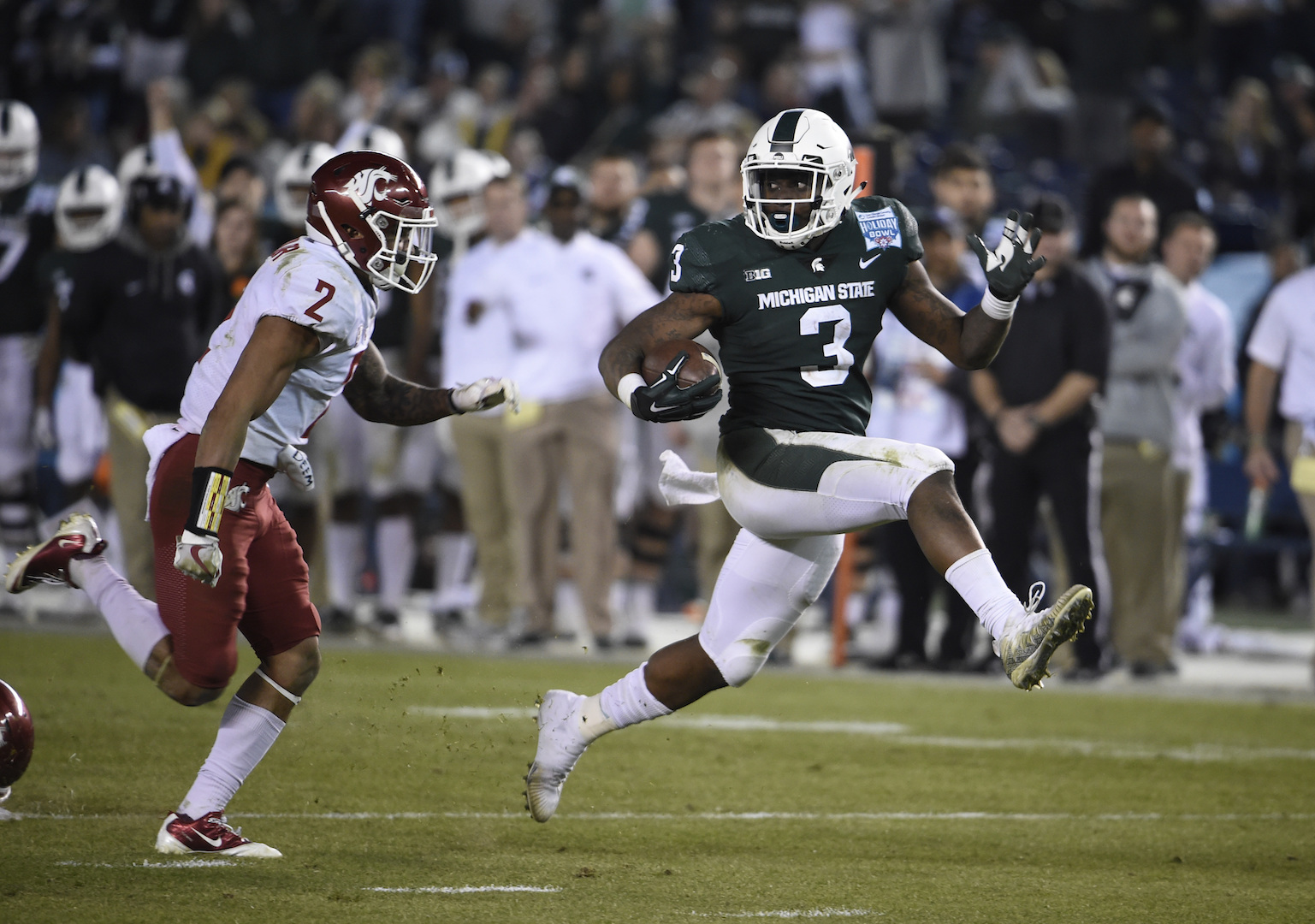 
Summer hasn’t “officially” started yet, but it will be over before we know it, which means college football will be in full swing soon enough. Everyone knows about guys like Bryce Love and Trace McSorley as Heisman Trophy favorites for this season, but these five players could emerge as legitimate contenders in 2018. For the top 25 Heisman Trophy candidates for 2018, check out the countdown here.

L.J. Scott has over 1,000 total yards in each of the past two seasons, but he’s never had over 1,000 yards rushing in his college career. However, he’s still one of the best running backs in the country, and the fact that he returned to school for his senior season instead of entering the NFL Draft indicates he believes a big year for both the team and himself could be coming. It would be a surprise if Scott hasn’t worked really hard to improve his game this offseason, and we could see a magical senior-season. Scott’s career-high in carries for a season is 201, so there’s room for a bigger workload.

Boston College wants to run the football, and A.J. Dillon is right at the center of that gameplan. As a freshman last season, Dillon was handed the ball 300 times and rushed for 1,589 yards and 14 touchdowns. With a year of experience in the offense, he should be more comfortable and could increase his yards per carry by a decent margin. Considering the massive workload that’s expected for Dillon, over 2,000 yards rushing is certainly possible.

Two Spartans make the list, as L.J. Scott’s quarterback could surprise as a Heisman contender in 2018. Entering his redshirt junior season, Brian Lewerke is looking to lead Michigan State to a Big Ten title, which could put him in the Heisman race. His numbers last season weren’t eye-popping, but he clearly has the look of a future NFL quarterback, so he has the talent to take a step forward statistically this season. Lewerke had 417 pass attempts in 2017, so the opportunity should be there to be atop the leading passers in the nation.

UCLA has a handful of quarterbacks in contention for the starting quarterback job, and there’s a chance more than one quarterback plays. But if someone wins the job outright, it could lead to some huge numbers in Chip Kelly’s offense. Devon Modster is probably the favorite for the job right now, and he could have the benefit of commanding an offense that Kelly had a year off from coaching to perhaps make some adjustments and improvements—which is a scary thought for defenses.

Houston’s Ed Oliver and some of Clemson’s talented big fellas up front could also be in the mix, but Nick Bosa probably has the best chance to put up the required numbers to win the Heisman Trophy as a defensive player. It’s not likely to happen considering Charles Woodson is the only primary defensive player to win the prestigious award, but Bosa might have a chance to make it happen. Ohio State should be in contention for a Playoff spot, and if Bosa is a big part of it with huge sack numbers, he could take home the Heisman.