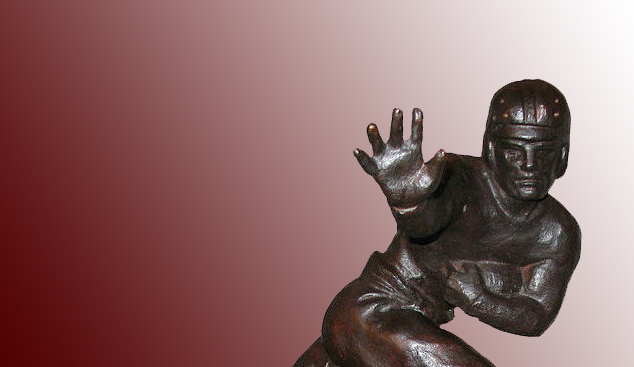 
The second day of our 2019 Heisman Trophy continues with a quarterback from the SEC. Here’s No. 15 from yesterday in case you missed it:

Texas A&M’s Kellen Mond took a step forward in his first season under Jimbo Fisher, and he has the talent to insert himself into the Heisman race in 2019.

Playing in the SEC gives Mond premier matchups to make his case for the Heisman, including hosting both Auburn (in September) and Alabama (in October) and at Georgia and at LSU to end the regular season in late November. Also, the Aggies face the defending champion Clemson Tigers on September 7, so a heroic effort by Mond against the No. 1 team in the country (even in a close loss) would instantly put him high on Heisman ballots early in the season. Mond can get more consistent and more efficient in his second season under Jimbo Fisher, and he has the athleticism to do damage as a runner. Texas A&M’s receiving corps has more experience under their belt with returning starters from 2018.

That tough schedule could easily lead to a few losses, which would almost certainly mean Mond won’t win the Heisman. Eclipsing 5,000 total yards and nearly 50 total touchdowns like Johnny Manziel did back during his freshman season for the Aggies in 2012 is a difficult task, so setting single-season school records likely won’t be an argument that can be made for Mond in the Heisman race.

Texas A&M must at least put up an admirable effort against Clemson, with Mond putting up massive numbers in the game and throughout the rest of the season. If the Aggies lose to the Tigers, they can probably only afford one more loss for Mond to garner Heisman consideration.