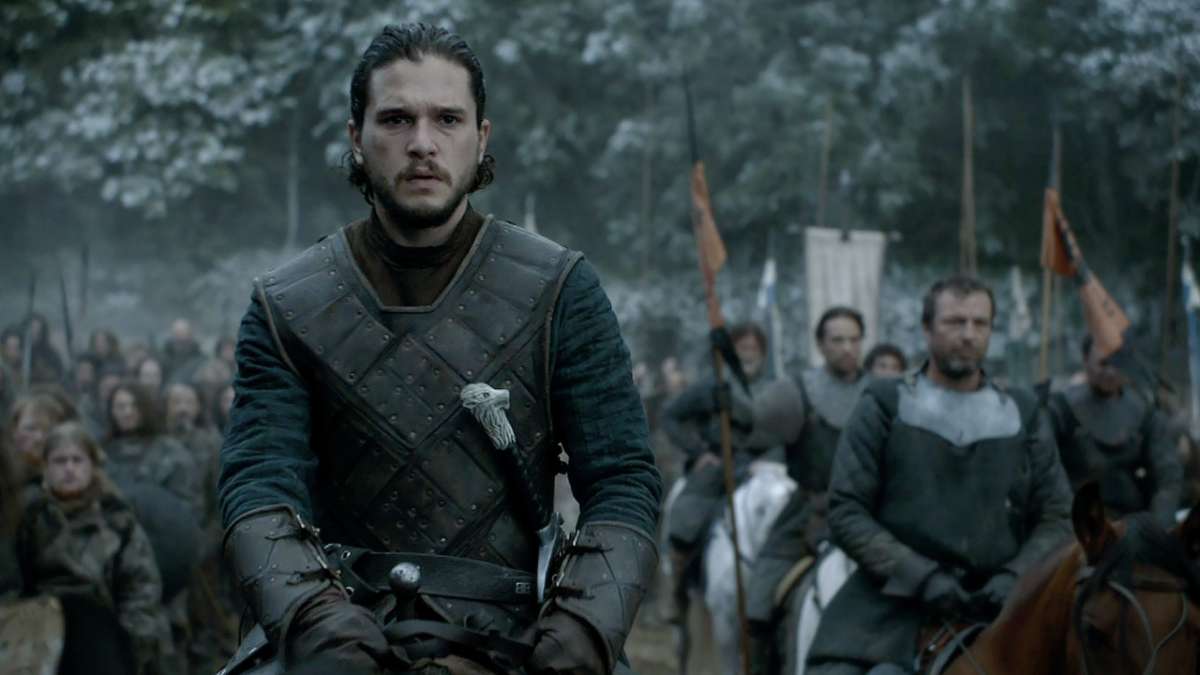 ‘Game of Thrones’ #ForTheThrone Countdown: “Battle of the Bastards” (S6E9)


Previous Episode: “No One”

Slaver envoys demand terms of surrender in Meereen. Ramsay plays the odds in defense of Winterfell.

Best Moment: The Battle of the Bastards

HBO and the entire Game of Thrones crew could not have done a better job with the Battle of the Bastards, as the open-field, medieval-like battle might be the best war scene in history—television or movie. “BOB” was set up perfectly with the scene from the night before, with Jon Snow challenging Ramsay Bolton one-on-one, and Sansa Stark stoically telling the Warden of the North what was going to happen to him. Then the actual battle, which starts with Ramsay setting Rickon Stark “free”, only to strike him down with an arrow in front of Jon. From there, the fight was on, as the former Lord Commander’s own cavalry came in just in time as the Bolton cavalry was near him. As indicated in the “Inside The Episode”, Jon is a skilled warrior, but he also had some luck to survive the chaotic scene in which weapons were being swung, arrows were flying, horses were getting taken out, and people were dying left and right.

When Ramsay’s forces successfully set up a double envelopment (which Jon was hoping to have his outnumbered army do), it looked like the man that came back from the dead was only brought back to meet his end again. The moment where he was getting trampled, it appeared Jon was going to suffer a soul-crushing death of suffocation in middle of the battle. Even when Jon emerged from the pile to catch his breath, the battle looked lost for his side; until, a warhorn sounded and the Knights of the Vale swooped in to wipe out the Bolton line.

When the coward Ramsay retreated back to Winterfell, Jon, Tormund Giantsbane, and Wun-Wun chased him to the castle. After the giant breached the sealed doors, Ramsay put an arrow in his eye, killing him before taunting Jon. Finally, after picking up a Mormont shield and blocking three arrows, Jon had his hands on Ramsay and beat him with his bare hands—until he looked up and realized Ramsay was Sansa’s to kill. The Stark banner promptly getting put back up was long overdue for the family that has gone through so much since leaving the castle.

The Battle of the Bastards took 25 days to film and had 600 crew members, including four camera crews and seven principle actors.

-Battle of the Bastards soldiers

She decided against telling Jon Snow and the others ahead of time, but Sansa Stark, with the help of Littlefinger, was able to secure the Knights of the Vale to join the Battle of the Bastards, and the battle almost certainly would have been lost without them—which would have meant the death of Jon Snow and his allies. And later that night after the Battle of the Bastards, Sansa was the last face Ramsay Bolton saw before his formerly-loyal dogs ate him alive—a fitting end to a brutal villain. Finally back in her home and safe, and a changed person from the last time she was in Winterfell comfortably, Sansa’s smirk as she walked away was a perfect end to “Battle of the Bastards”.

In the brutal, anything-can-happen world of Game of Thrones, it might’ve been fitting for Jon Snow to be brought back to life just to die by getting trampled in middle of a battle—and after Rickon died in front of him and after dying once already himself, Jon simply could’ve given up hope from the bottom of the pile. But the future King in the North is a true hero, and he fought his way to the top of the pile in an astounding moment, surviving just before the Knights of the Vale arrived to sweep away the Bolton army. Having narrowly survived the Battle of the Bastards, Jon could go on to hold Winterfell and lead the living in the war against the White Walkers.