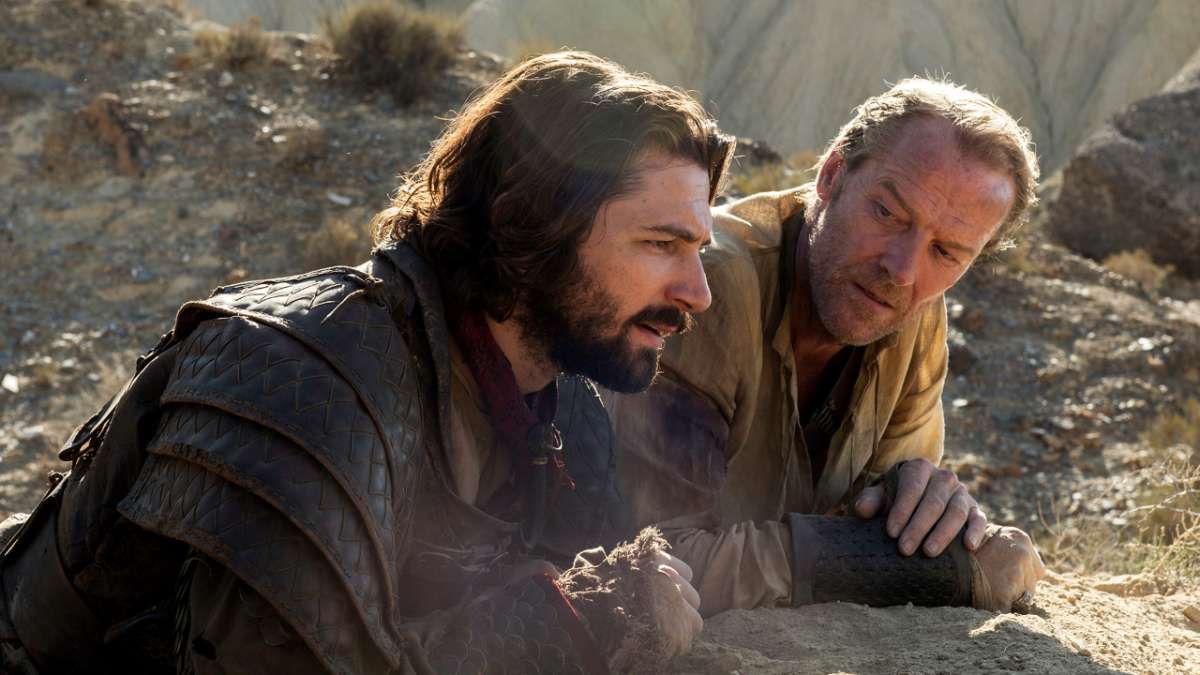 ‘Game of Thrones’ #ForTheThrone Countdown: “Book of the Stranger” (S6E4)

While we never saw Jon Snow and Sansa Stark appear together or talk to each other in Season 1 before they traveled to Castle Black and King’s Landing, respectively, they have both been through a lot during their years away from Winterfell. Since Ned’s execution at the end of Season 1, this is the first reunion of Stark siblings we’ve seen. They at first seem in a state of disbelief to see each other again, and then they have an embrace in which they don’t need to say a word to each other for it to be emotional.

“You are small men. None of you are fit to lead the Dothraki…but I am. So I will.” – Daenerys Targaryen

This is the first episode of the series in which Jon Snow and Sansa Stark appear in a scene together.

“Book of the Stranger” has an explosive ending, with Jorah Mormont and Daario Naharis attempting to get Daenerys Targaryen out of Vaes Dothrak, but the Mother of Dragons had a plan of her own. It was unclear what exactly Dany had going on when she started lecturing the khals, who all laughed and then became angry at her suggestion that she was fit to lead while they were not, but when she put her hand on the lit brazier, it was clear what was going to happen. The khals burned to their deaths while Daenerys emerged from the temple “unburnt”, shocking the Dosh Khaleen, khalasars, Jorah, and Daario—it was similar to Jon Snow coming back from the dead, as the two leaders were almost looked at as like gods in both situations. The ending was similar to the Season 1 finale, when Daenerys emerged from the flames of Khal Drogo’s funeral with three baby dragons.

#ForTheThrone Moment: Daenerys emerges from the flames a second time

Daenerys has done some pretty amazing things to this point, including stepping out of the flames and emerging with three baby dragons back in the Season 1 finale. But she was now in a precarious position years later, looking like she would either have to stay with the Dosh Khaleen forever or die, and all she had was herself—no weapons, no allies inside with her (as Jorah and Daario waited outside), and no Drogon to save the day—while alone with a group of khals in a temple. Yet, Dany was able to get out of the situation and emerged from the flames “unburnt” for the second time—this time, with a people and an army of Dothraki.