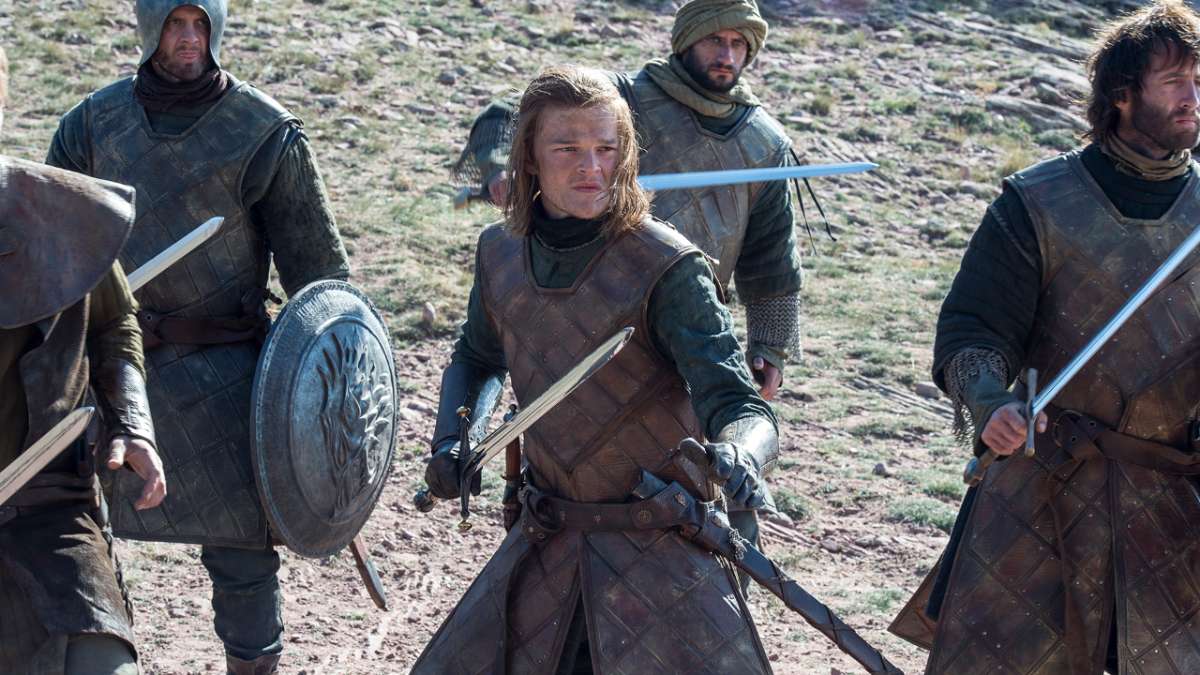 Daenerys meets her future. Arya trains to be No One.

Jon Snow takes MVP in “Oathbreaker”, so Bran Stark and the Three-Eyed Raven returning to the past takes the best moment of the episode. After previously going to the past at Winterfell, they now went to the Tower of Joy, where Ser Arthur Dayne and Ser Gerold Hightower were standing guard against Ned Stark and Howland Reed. Dayne, who was considered by many, including Ned Stark, the best swordsman alive, was much better than the honorable Stark and defeated him, but Howland stabbed the Kingsguard member in the back before Ned delivered the final kill. Bran was shocked his father’s victory over Dayne was a lie, and it puts a slight dent into the legend of Ned. Then, when Bran calls out to his father as he heads up the tower steps, which causes Ned to turn around in confusion, it shows Bran can apparently affect the past in some way. The moment built hype, as viewers hoped to see more from the flashback, with Bran clearly wanting to return to it at some point to concretely find out what was going on atop the tower.

After Rickon’s direwolf, Shaggydog, was revealed as dead in the offering from Smalljon Umber to Ramsay Bolton, it means there are now only three Stark direwolves remaining: Ghost (Jon’s), Summer (Bran’s), and Nymeria (Arya’s).

The episode picks up right where “Home” ended, with Jon Snow alive, gasping, and in a state of shock as Davos Seaworth re-enters the room to see him up and breathing. Melisandre then enters the room and looks as stunned as anyone that the Lord Commander was actually back from the dead, and the Red Priestess was curious about what Jon saw when he died: “Nothing.” Jon was understandably unsettled and fully remembered getting murdered by members of the Night’s Watch, lamenting that he tried to do what was right and failed, and he also questioned why he was brought back. Though Tormund noted “they think you’re some kind of god” because of his return from the dead, Jon had a bit of an icy disposition, which is probably to be expected after you have been killed. To conclude the episode, Jon executed the men that betrayed and killed him, and he had a difficult time looking Olly in the eye at first when giving the four men their last words. Then, Jon gave his Lord Commander’s cloak and command of Castle Black to Edd, announcing that his watch is ended.

The best moment of the episode is also the biggest #ForTheThrone moment. While this scene occurred in the past via Bran Stark’s powers, it was an event with major implications: with two of the Mad King’s Kingsguard still standing, the war wasn’t completely over. Ser Arthur Dayne was tasked with protecting the heir to the Iron Throne, as Rhaegar Targaryen’s infant child, Aegon (who would come to be known as Jon Snow), was up in the tower with Lyanna Stark. Meanwhile, Ned Stark and his allies were trying to finally get back his sister, which was the purpose of Robert’s Rebellion in the first place.