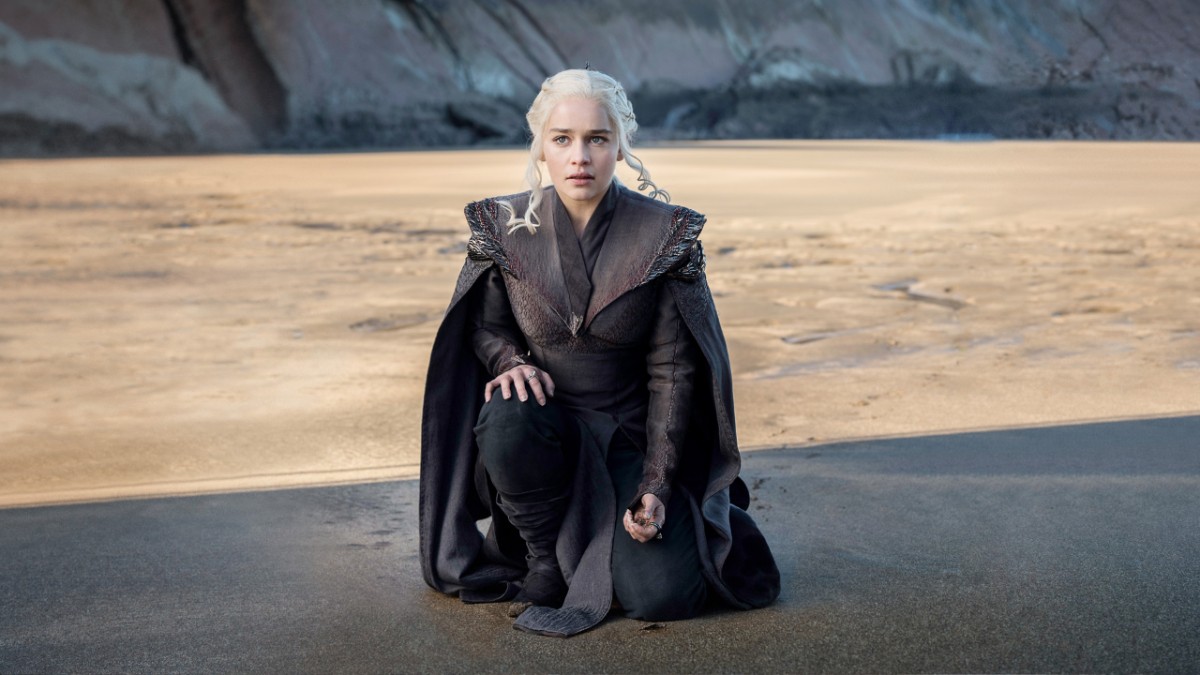 
Previous Episode: “The Winds of Winter”

Season premiere. Jon organizes the defense of the North. Cersei tries to even the odds. Daenerys comes home.

From the start of Game of Thrones, Daenerys Targaryen was looking to get back to Westeros, and after six full seasons of a lot of working to get there, she finally arrived onshore at the place she was born: Dragonstone. The episode concludes with Dany and her army arriving on the island (and her dragons flying overhead), with the Mother of Dragons and some of her most trusted allies walking up to and through the castle. No words had to be spoken, as from the moment Daenerys touched the sand, everyone realized the gravity of the moment and allowed her to soak it in. But after getting to the map room, Daenerys turned to her Hand Tyrion Lannister and was ready to plan her claiming of the Iron Throne.

“Shall we begin?” – Daenerys Targaryen

Jaime is carrying Widow’s Wail, Joffrey’s former sword, last seen in Game of Thrones: Breaker of Chains (2014) placed on Joffrey’s corpse during his funeral. Widow’s Wail is one of two Valyrian steel swords, along with Brienne’s sword Oathkeeper, forged from House Stark’s ancestral blade Ice. Widow’s Wail would have been passed down to Tommen as Joffrey’s heir but he was never shown wielding it, and with Tommen now deceased the sword is presumably in the possession of House Lannister.

-The men of House Frey

The Hound could have been MVP for continuing his track of redemption by burying the farmer and the farmer’s daughter he left to starve back in Season 4, and it could have been Jon Snow for allowing young Ned Umber and Alys Karstark to keep their homes (“I will not punish a son for his father’s sins, and I will not take a family home away from a family it has belonged to for centuries.”), but Arya Stark is the obvious choice after she wiped out all the men of House Frey while wearing the face of Walder Frey. The opening pre-credits scene (the fifth of the series) of “Dragonstone” could not have been better, as Arya satisfyingly exacted big-time revenge for the Red Wedding. “When people ask you what happened here, tell them the North remembers. Tell them winter came for House Frey.”

This very easily could have been Arya eliminating House Frey, but the best moment of the episode was the most critical #ForTheThrone moment, as back in Season 1, this story started with Daenerys—at that point being controlled by her brother Viserys—wanting to get back to her home. In “Dragonstone”, she finally arrived on the shores of Westeros at Dragonstone in a monumental scene to end the episode. The fact that there was no dialogue showed the importance of Dany’s arrival, and it was years in the making—and with her three dragons flying overhead, it just felt right.