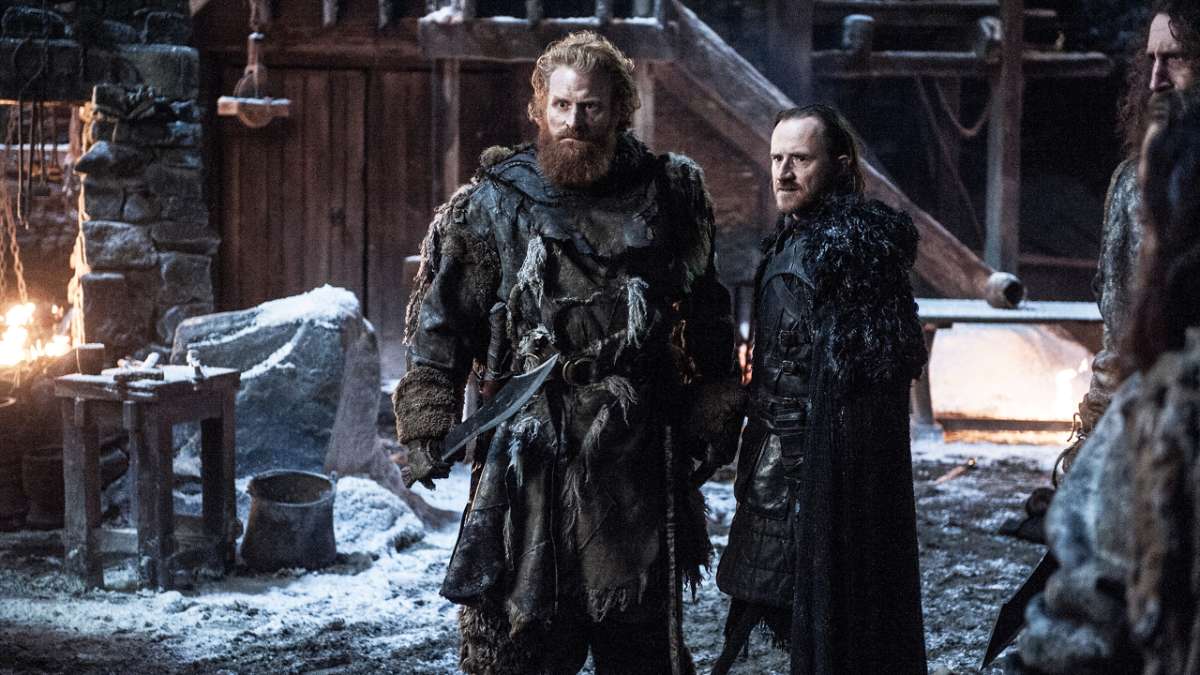 Best Moment: Jon Snow comes back from the dead

There is no doubt what the best moment of “Home” was, as Davos Seaworth, Eddison Tollett, and some of the others were still protecting Jon Snow’s body and not ready to give up on their dead Lord Commander. However, Melisandre had given up, but was convinced by Davos to give reviving Jon an attempt. As the Red Priestess went through the routine of cleaning and cutting the hair of Jon before saying the prayers, hope had become lost for Tormund Giantsbane, Edd, Melisandre, and Davos, who all walked out of the room defeated. It appeared another beloved character might be lost for good despite all the speculation about his potential resurrection. But then the spiritual connection between Ghost and his owner came to realization, as the direwolf woke from its sleep and appeared joyful, and Jon Snow opened his eyes and took deep, surprised breaths—he was alive.

“That’s what I do. I drink, and I know things.” – Tyrion Lannister

In the previous episode, “The Red Woman”, you could see how overcome and subdued Melisandre was when she took off her necklace to reveal how she really was—and how she really felt at the time. She is at her lowest point, with Stannis Baratheon and his army destroyed despite all she thought and all she did, including burning Shireen Baratheon alive at the stake. Of all people, Davos had to be the one to convince Melisandre she had the ability to at least try bringing Jon back from the dead, so she gave it a shot. While the Red Woman felt terrible when her attempt appeared to fail, it did work, and without her, the future King in the North obviously would not have become such.

#ForTheThrone Moment: Jon Snow is brought back from the dead

To eventually win the fight against the ultimate enemy in the battle of the living versus the dead, the living was probably going to need Jon Snow on their side. The resurrection of the Lord Commander of the Night’s Watch is a huge #ForTheThrone moment, as it meant having a proven leader to lead the Seven Kingdoms against the Night King and the White Walkers, and we later find out that Ned Stark’s supposed bastard son is actually the true-born child of Rhaegear Targaryen and Lyanna Stark—and the heir to the Iron Throne.