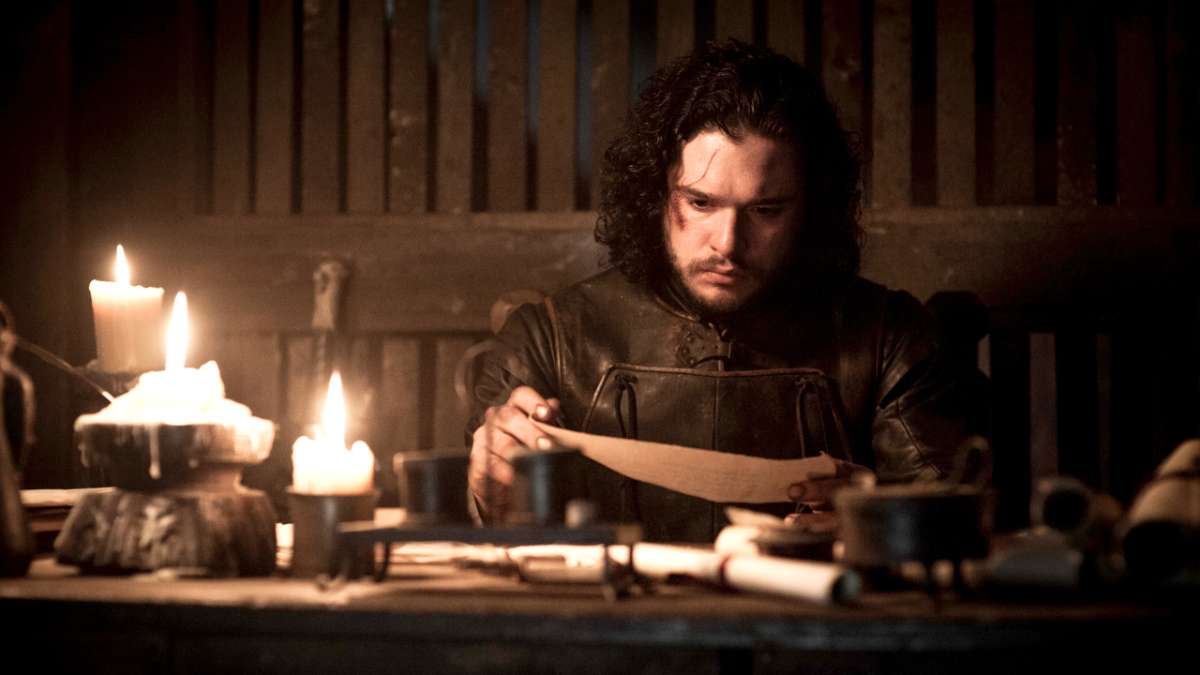 
Previous Episode: “The Dance of Dragons”

The final scene in Season 5 takes place at Castle Black, as the Lord Commander is reading messages when Olly comes to tell him that a Wildling has seen his Uncle Benjen alive. However, Jon Snow is just as shocked as the viewer when he walks outside to see a stake that’s labeled “TRAITOR” is put up with members of the Night’s Watch surrounding it. Then, he can only turn to face his men before Alliser Thorne sticks a blade in his heart and says, “For the Watch,” and several men follow him up by doing the same. Finally, Jon is on his knees, when Olly walks up with tears in his eyes to provide the final blow and repeats the phrase. The Lord Commander collapses to his back and blood pours out of him on the cold, white snow as the Stark theme plays and another hero has been killed.

Originally, Stephen Dillane had several lines in the scene when Brienne takes her revenge on him, but they were all cut when his performance carried it all. “Go on, do your duty” is all he needed.

This could be the High Sparrow for showing he’s in charge after making Cersei walk the streets of King’s Landing naked, or even Alliser Thorne for organizing Jon Snow’s execution, but Theon is able to somewhat break the Reek persona to save Sansa Stark. Not only does he keep Sansa unharmed by pushing the arrow-wielding Myranda to her death, but he also has enough confidence to take a leap off the Winterfell walls into the snow below in order to escape with Sansa.

Cersei Lannister had a tough stretch after being imprisoned by the High Sparrow and the Faith Militant, but she was motivated to get back to her son—and to get out of a terrible situation in a cell. The High Sparrow would allow her back to King Tommen while she awaits a trial for the charges against her, but she would have to take a walk of atonement—naked and bare-footed—from the Sept of Baelor to the Red Keep. At the end of the appalling display, after Qyburn was the only one to greet her along with a monstrous zombie-like Gregor Clegane, you could see in Cersei’s eyes that she would exact revenge on her enemies.