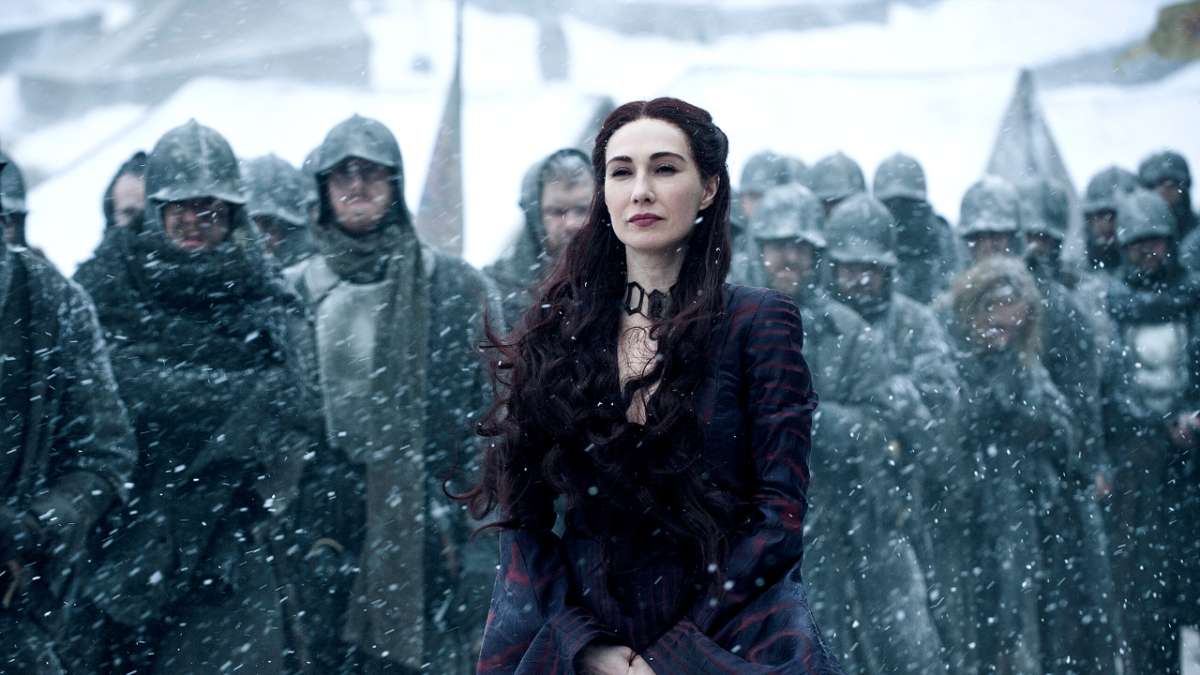 ‘Game of Thrones’ #ForTheThrone Countdown: “The Dance of Dragons” (S5E9)

Stannis confronts a troubling decision. Jon returns to the Wall. Mace visits the Iron Bank. Arya encounters someone from her past. Dany reluctantly oversees a traditional celebration of athleticism.

The death of Shireen Baratheon, who was burned at the stake upon insistence from Melisandre and orders from her father Stannis Baratheon, can easily be considered the best moment of “The Dance of Dragons” because of the utter shock and heartbreak of it, but the moment in the Great Pit of Daznak is hard to top. Daenerys Targaryen was reluctant to even sanction the fighting in the pits, but she did, and Jorah Mormont, who returned to the city after his second exile, fought and defeated five others for his Queen’s glory. Then, Jorah threw his lance in the stands toward Daenerys, striking a Son of the Harpy that was about to assassinate the Dragon Queen.

The scene could have stopped there and it would have been among the best gladiator-like scenes in the history of television or film, but then major chaos ensues, as the rest of the Sons of the Harpy attack, killing Hizdahr zo Loraq and forcing Daenerys, Jorah, Daario, Tyrion, and Missandei down into the fighting pit with some Unsullied protecting them. After one exit was blocked, the group made its way toward the other exit, but more Sons of the Harpy poured into the pit, surrounding them. Jorah, Daario, and the Unsullied were doing their best to fight off the enemies to keep them away from their Queen, but it looked like this would be the end for the last known remaining Targaryen.

Dany held Missandei’s hand, closed her eyes, and appeared resigned to the fact that it would all end here—until the screech of a dragon could be heard, and Drogon flew in to lay waste to those trying to harm his mother. Drogon took some damage, but Daenerys eventually went from about the worst possible situation to safely flying off on a dragon. The expression on Tyrion’s face throughout the crisis captures what we were feeling as viewers, as the evident dread while trying to survive the attack turned into wonder and awe when Dany rode off.

In the audio commentary of this episode in the Blu-Ray, it was stated that the reason Drogon could be so badly injured in the Fighting Pits is that he’s just an adolescent dragon. His impenetrable adult scales haven’t come in yet.

The MVP selection was easy, as Daenerys Targaryen—along with Tyrion Lannister, Jorah Mormont, Missandei, and Daario Naharis—was likely going to die if Drogon didn’t show up to take out the Sons of the Harpy. After witnessing the death of Ned, the Red Wedding, and the death of Shireen earlier in the episode, Dany getting killed in middle of the fighting pit, which she was not a fan of, seemed like a realistic possibility when her eyes shut—but the dragon connection with the Targaryens came into play, and Drogon saved the day.

#ForTheThrone Moment: Shireen is burned at the stake

“Dance of Dragons” is one of the best episodes of the series, but its biggest #ForTheThrone moment is pretty simple—and incredibly heartbreaking. Stannis Baratheon has been singularly focused on taking the Iron Throne since we first saw him back in Season 2, and he’s shown very strong conviction while trying to claim what he believes is his by right—if he makes a decision, he’s going to stick by it. Left with no good options, Stannis decided to listen to Melisandre—who had previously shown him the power of king’s blood—and allow his daughter to be burned alive. “The One True King” looked completely drained and distraught as Shireen learned her fate, but he couldn’t bring himself to stop the terrible tragedy. While it didn’t work out in the end for Stannis, this distressing moment occurred because he badly wanted the Iron Throne.