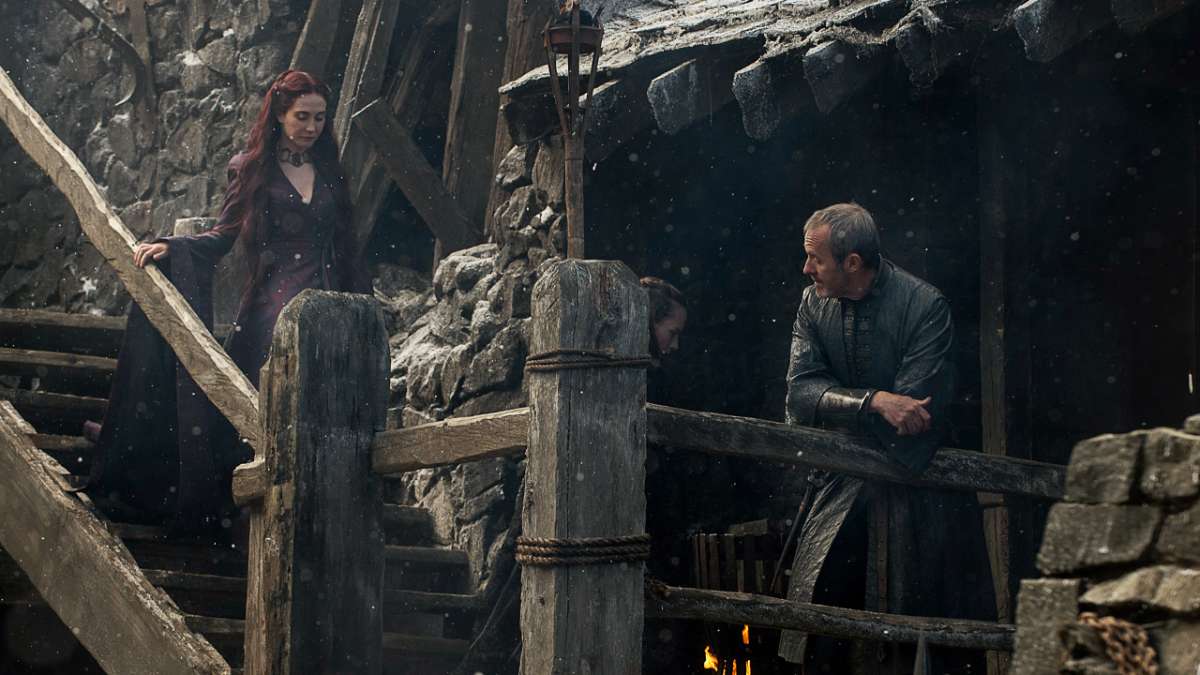 ‘Game of Thrones’ #ForTheThrone Countdown: “Sons of the Harpy” (S5E4)

Ser Barristan Selmy dying clearly is not a good thing, but it was a sad and surprising moment for the former Lord Commander of the Kingsguard. After telling Daenerys Targaryen about her brother Rhaegar being a man of the people—which Daenerys was unaware of—in their last conversation together, Ser Barristan then had to fight off attacks from the Sons of the Harpy. Grey Worm and some Unsullied were trapped in a passageway, but Barristan sliced through several men before eventually falling—but there is no doubt he saved Grey Worm from certain death in the process. Ser Barristan was one of the greatest, if not the greatest, warriors in Westeros, so it was quite heartbreaking to see the legendary knight basically die in the gutter.

“He murdered my father. If I ever see him, I’ll split him in two. And then I’ll give him your regards.” – Jaime Lannister about Tyrion Lannister

Ian McElhinney, who plays Ser Barristan Selmy, was surprised to learn of his character’s death as he has read the novels where Barristan is alive and an increasingly prominent character. In an interview after the episode aired he remarked, “He had to be seen fighting. He’s been talked about as the greatest knight that ever was, so he’s got to fight. So it’s great that he does.”

There has really been only one side of Stannis Baratheon up to this point: a cold-hearted man determined to take the Iron Throne no matter the cost. However, the moment with his daughter Shireen is heartwarming and shows that despite never getting a son like he wanted, Stannis does have a softer side to him as a father, as the last remaining legitimate Baratheon man told his daughter about when she first got Grey Scale. “Everyone advised me to send you to the ruins of Valyria to live out your short life with the stonemen before the sickness spread through the castle. I told them all to go to hell. I called in every maester on this side of the world. Every healer, every apothecary. They stopped the disease and saved your life. Because you did not belong across the world with the bloody stonemen. You were the Princess Shireen of House Baratheon. And you are my daughter.”

Due to people either dying, leaving, or fleeing, the Small Council was currently down to four people: Cersei Lannister, Mace Tyrell, Grand Maester Pycelle, and Qyburn. The new Master of Coin, Lord Tyrell, was sent away by Cersei to visit Braavos and renegotiate the terms of the crown’s loans from the Iron Bank—the Lannister queen tried to make it seem like an important matter, but she really just wanted to send Mace away. Basically, Cersei didn’t want anyone on the Small Council except for the very loyal Qyburn, and this meant more control over her son Tommen (the King). Also, sending Mace away made it easier to get Loras Tyrell imprisoned via the Faith Militant, putting House Tyrell in disarray.