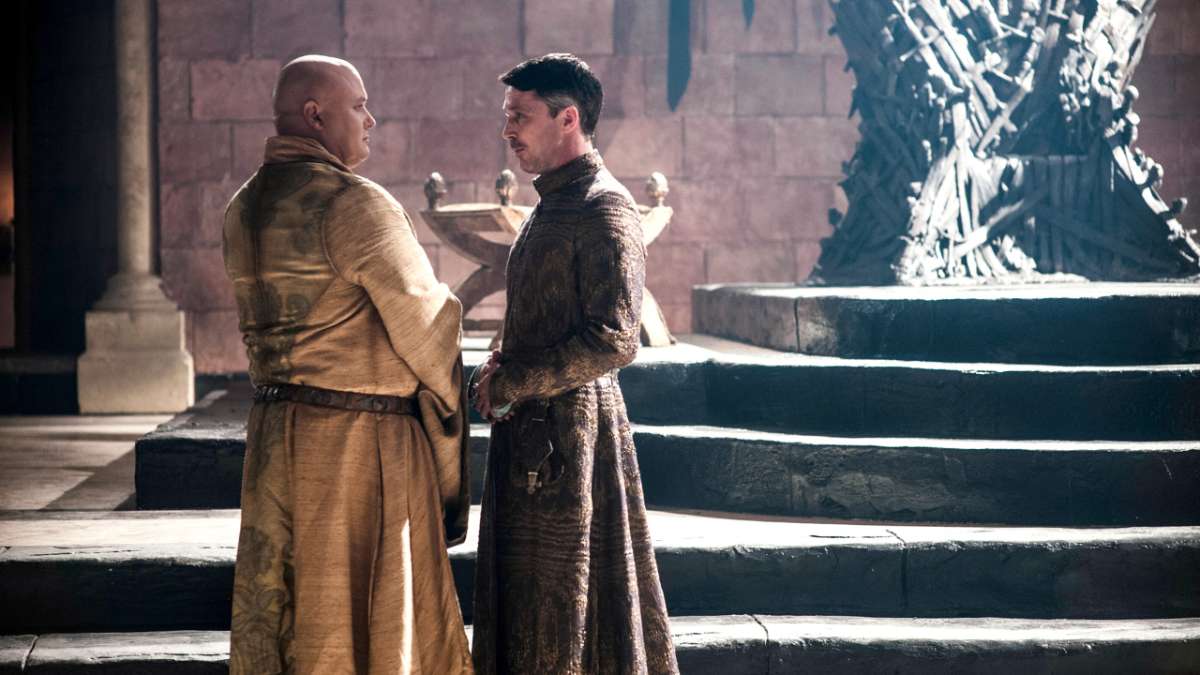 Best Moment: Jon and the Wildlings reach the top of the Wall

This episode ends with one of the most breathtaking shots of the series as Jon Snow and Ygritte embrace at the top of the Wall, but Littlefinger’s monologue leading up to Jon and the Wildlings reaching the top is what makes this such a memorable moment. He says to Varys, “Chaos isn’t a pit. Chaos is a ladder. Many who try to climb it fail, and never get to try again—the fall breaks them. And some are given a chance to climb, but they refuse. They cling to the realm, or the gods, or love. Illusions. Only the ladder is real. The climb is all there is.” Of course, Littlefinger’s personal “climb” is working his way to the Iron Throne, so the Throne Room is an appropriate setting for his conversation with Varys, which has Petyr Baelish voicing over the reveal of Ros’ death at the hands of King Joffrey and Sansa’s tearful watch of Baelish’s ship leaving without her before transitioning to Jon reaching the top of the Wall. There are many possible meanings in Littlefinger’s monologue, not the least of which is Jon Snow’s figurative climb, which is still going.

“If you think this has a happy ending, you haven’t been paying attention.” – Ramsay Snow

The conversation between Thoros and Melisandre is the first time High Valyrian has been identified as such, and also the first time it’s featured in an extended dialogue.

It’s always been clear that Littlefinger is as dangerous as they come, and his conversation with Varys is perhaps the best example yet. While talking near the Iron Throne, Lord Baelish reveals that he single-handedly thwarted Sansa Stark’s marriage to the Tyrells (as planned by Varys), and also gave his confidant Ros to a friend (who we find out is Joffrey) so she can be treated as a human target and killed. As Littlefinger says, Lord Varys feels “dread” at him getting what he wants, and that’s because he knows how ambitious and deadly he is.

Coming off a crushing defeat at the Battle of the Blackwater, Stannis Baratheon was still looking to make a climb of his own to the Iron Throne; however, he needed some help, so the Red Woman Melisandre purchased Gendry—who had king’s blood as King Robert’s bastard. Melisandre promised Gendry that he “will make kings rise and fall,” but Arya Stark was not at all happy about her friend being taken away from someone she then called a “witch.” It was also interesting that Melisandre said she saw darkness in the young Stark girl, adding that they will meet again in the future.