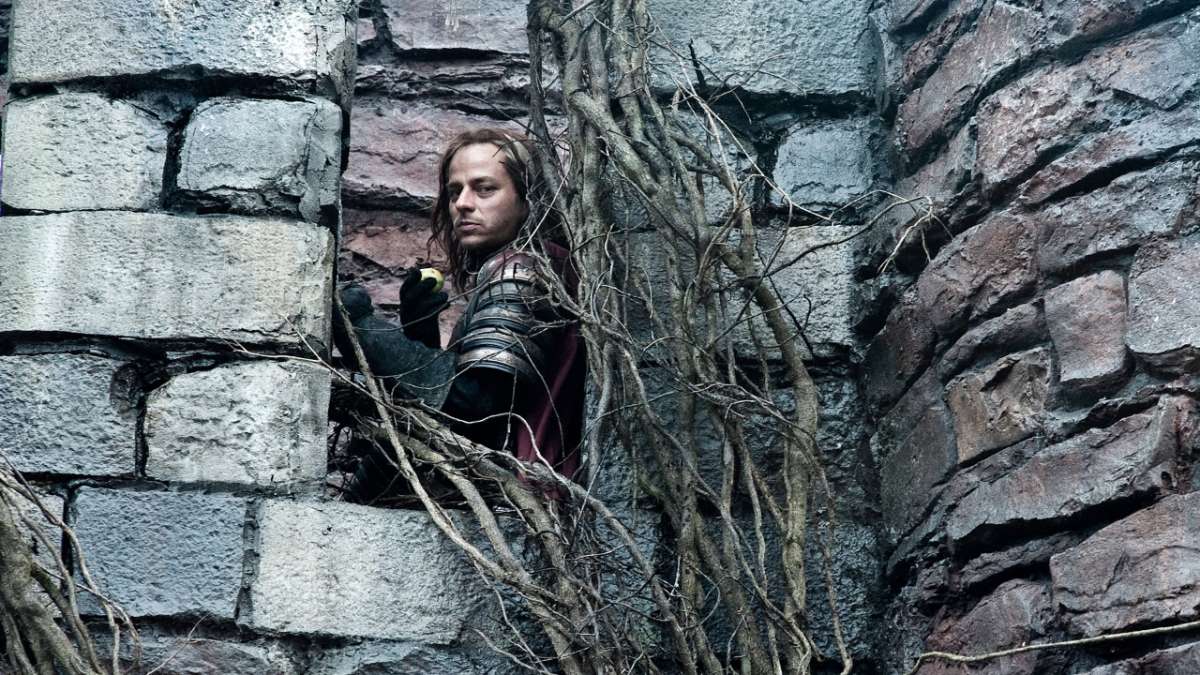 ‘Game of Thrones’ #ForTheThrone Countdown: “The Ghost of Harrenhal” (S2E5)

The Baratheon rivalry ends; Tyrion learns of Cersei’s secret weapon; Dany suffers a loss; Arya collects a debt she didn’t know was owed; Jon and the Night’s Watch man an ancient fortress and meet a legend.

This shocking death happens to start the episode comes from the “Shadow” conceived by Stannis Baratheon and Melisandre, as it sneaks into Renly’s tent and stabs him in the back. Brienne had no way of stopping her king’s death, but she still felt responsible for allowing it to happen. She and Catelyn had no choice but to flee, and it also led to Loras and Margaery Tyrell fleeing after being advised by Littlefinger. Renly was the first king to be eliminated in the War of the Five Kings.

“Anyone can be killed.” – Arya Stark

The episode title refers to the phrase Arya Stark uses several times in the novel “A Clash of Kings” to describe herself during her time in Harrenhal, although the phrase is not used in the TV episode.

Jaqen H’ghar revealing he can make three people that Arya names die was a critical moment in Game of Thrones, and it leads Arya down her eventual path to becoming “Faceless.” Upon Arya’s request, Jaqen disposes of “The Tickler,” repaying one-third of the debt owed for Arya saving his life. The smirk on Arya’s face said it all, as it was a great end to “The Ghost of Harrenhal”.

The sudden death to one of the kings in the War of the Five Kings in “The Ghost of Harrenhal” was a moment with major repercussions for the Iron Throne, as Renly Baratheon was swiftly eliminated, with most of his bannerman then flocking to Stannis Baratheon. The “Shadow” conjured by Melisandre—and resembling Stannis, the “father” to it—disappeared, and the creature still remains a relative mystery that might never be fully explained.