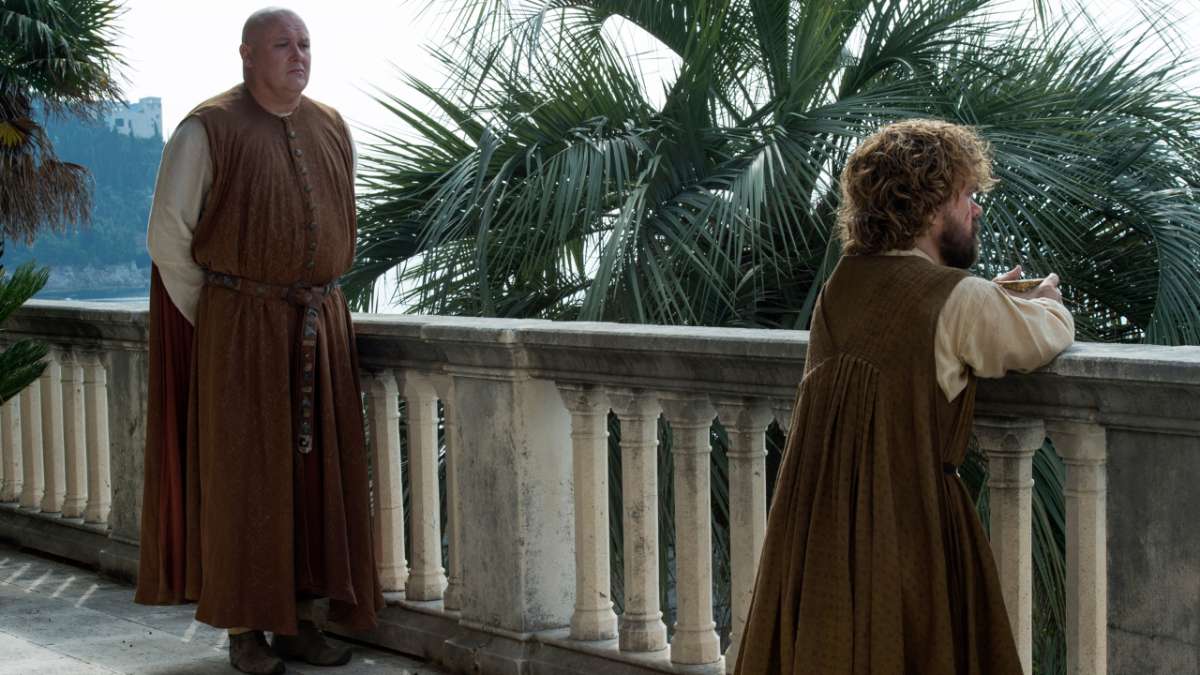 ‘Game of Thrones’ #ForTheThrone Countdown: “The Wars to Come” (S5E1)

Season 5 Premiere. Cersei and Jaime adjust to a world without Tywin. Varys reveals a conspiracy to Tyrion. Dany faces a new threat to her rule. Jon is caught between two kings.

Despite the Battle at the Wall taking the Night’s Watch to the brink of collapse, Jon has seen enough to know that the Army of the Dead is the real threat to the realm. Because of that, he wants Mance Rayder to stay alive in order to keep the Wildling army together for the war against the White Walkers, but Stannis won’t abide unless Mance bends the knee. That doesn’t happen, so at nightfall, Melisandre puts the Wildling leader to the stake with everyone watching to be burned alive. Jon cannot stand by and see a man he respects go out like that, though, and the episode ends with the honorable Night’s Watch member ending his suffering with an arrow, which sets the stage for the entire season.

“Who said anything about him?” – Varys to Tyrion Lannister about Daenerys Targaryen

Jon Snow seems to always have a good moral compass, which is part of what makes him a great hero. Jon knew Mance Rayder from his time north of the Wall when he posed as a wildling, and he came to respect him. The arrival of Stannis Baratheon, who owes Ned Stark and respects Jon, puts Ned’s supposed bastard son in between two kings. Jon respected both Stannis and Mance, but the two were not in agreement, so he attempted to convince Mance to bend the knee—a similar situation the future King in the North would face himself. When Mance could not be convinced, Stannis set an example for everyone else, ordering the King-Beyond-the-Wall to be burnt alive. However, Jon couldn’t stand to see that happen to Mance, and he took a major gamble by firing an arrow into his heart as an act of mercy.

#ForTheThrone Moment: Varys tells Tyrion why he helped him

Helping Tyrion Lannister get out of King’s Landing after he killed his father Tywin was obviously a huge risk by Varys, and it was time for the Spider to tell the former Hand of the King why he helped him escape. Despite spying on Daenerys Targaryen for the Crown, Varys decided reinstating Daenerys and House Targaryen would be best for the Seven Kingdoms—the Mother of the Dragons was the right ruler in Varys’ eyes, and he thought Tyrion might be able to help her take the Iron Throne and keep it because of the political skills he displayed in King’s Landing. Stannis burning Mance Rayder was another #ForTheThrone moment, but it was a decision that ultimately backfired because the Wildlings would never follow someone that burned their king.