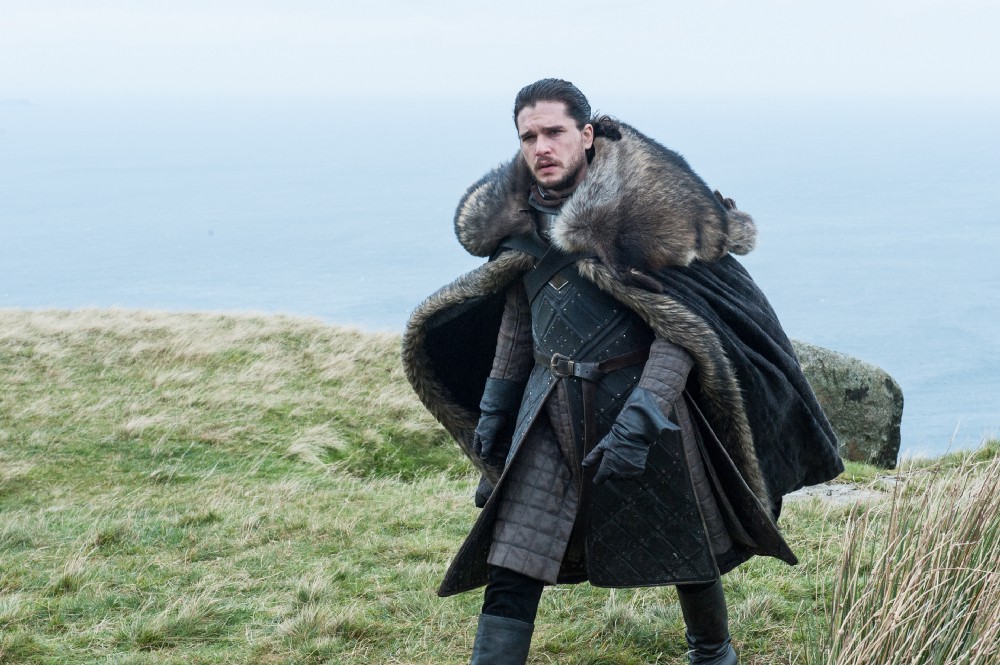 Sansa Stark and Theon Greyjoy were the closest to taking the No. 10 spot, but Littlefinger gets the nod after his seven seasons of duplicity and lurking in the background while causing trouble throughout Westeros. He was perhaps the person most responsible for setting the events of the show in motion, but Lord Baelish rarely got his own hands dirty—with the murder of Lysa Arryn the only exception—but he tried to play basically anyone he came across, with the single-minded pursuit of eventually sitting on the Iron Throne. Littlefinger was really the antithesis of what the Starks are, so his sudden end at the hands of the three remaining Stark children in the Season 7 finale was fitting.

The Night King is a tough character to rank, as he hasn’t said a word through Season 7, and he’s been involved on-screen far less than most characters in Game of Thrones. However, the Night King is the ultimate enemy, and his handful of moments—changing Craster’s baby into a White Walker at the Lands of Always Winter, the attack on Hardhome, marking Bran Stark and leading the assault on the cave and killing the Three-Eye Raven, the battle beyond the Wall which led to him killing Viserion and turning him into an ice dragon, and taking down the Wall—have been so important, intense, and flat-out awesome. The final season could shoot the Night King up many people’s lists of the best Game of Thrones characters.

All of these characters are great because of their journeys and personal growth, and Arya Stark might’ve had the longest journey of any character to this point. As a little girl to start the series, Arya went from Winterfell to King’s Landing to all throughout Westeros to getting on a boat to Essos to making her way all the way back home as a deadly assassin—there was some help from The Hound as she trekked through the continent, but much of the journey was done on her own, especially her time becoming a Faceless Man under the apprenticeship of Jaqen H’ghar. And after all she’s been through, Arya knows exactly who she is entering the final season.

Some fans love Cersei Lannister, some hate her, and some respect her—certainly in this case, that’s the sign of a fantastic character. After watching and learning from her father Tywin over the years, Cersei became one of the best players at “the game,” and it shows by the fact that she’s still standing and now sitting on the Throne. The Lannister queen took some major hits over the years, including the deaths of her three children and her walk of atonement, but she’s found a way to wipe out nearly all her enemies. And while Cersei is pretty much all evil at this point, it’s evil in a human way that’s partly a product of everything she’s been through; and she’s shown some soft spots at times, particularly for her children when they were alive.

The transformation of Tyrion Lannister is one of the most understated through the first seven seasons, as he went from a care-free drunk that wanted to urinate off the top of the Wall to the most important advisor to Daenerys Targaryen. The Lannister dwarf really found himself in politics when he became Hand of the King to Joffrey in place of his father, and it became his purpose in life—Daenerys helped with that by giving him a leader to truly believe in when he arrived in front of her with Jorah Mormont. Tyrion might be the smartest character in Game of Thrones, and he’s also funny and witty—but he’s also shown he can be fearless when necessary, including at the Battle of the Blackwater and when he demanded a trial by combat.

Robb Stark had no choice but to be ready after his father Ned was taken prisoner by the Lannisters, and he did a great job of taking up the mantle and making the North proud after his father’s death—and in the process he was named the first King in the North in hundreds of years. With the help of his direwolf Grey Wind, the eldest Stark son was an intimidating and somewhat-mysterious presence known as “The Young Wolf”, and he never lost a battle, giving him an air of invincibility. In the end, Robb chose love over honor and made some political missteps, which unfortunately cost him when he and his family were slaughtered at the Red Wedding; but Robb was clearly his father’s son, and he would’ve made Ned incredibly proud for the way he called the banners and handled himself in the War of the Five Kings.

Jaime Lannister went from pushing a little kid out off a tower window to becoming one of the most generally-well-liked characters on Game of Thrones, which says a lot about the superb quality of the character. The Kingslayer also has depth that pre-dates the series, as he killed “The Mad King” by stabbing him in the back and had that to live with throughout his life. Also, the former Lord Commander of the Kingsguard had to deal with a “be-handing,” and losing his hand went a long way in humbling Jaime to make him more likable. Possessing arguably the greatest character arc in television history, Jaime went from probably the most-hated character in the first episode and much of the first season to someone that’s made a complete transformation into a good guy as the Army of the Dead approaches.

The entire first season centered around Ned Stark navigating the corrupt politics of King’s Landing, and his unbreakable code of honor (and his willingness to trust others that were not nearly as good of men as him) ultimately got him killed. But ironically, we eventually learned that Ned allowed his honor to be besmirched while straight-up lying to everyone—even his wife Catelyn, who was tormented by the situation—about the origin of Jon Snow, but it was done to keep a promise and protect his sister’s child. He could’ve taken power for himself a few times, including once before the events of the show at the conclusion of Robert’s Rebellion after finding Jaime Lannister on the Iron Throne, but that wasn’t his style. Ned’s time on Game of Thrones was short, but he was as good as one can be in the brutal world of Westeros, which made him one of the series’ best characters.

When Game of Thrones started, Daenerys Targaryen was a helpless girl at the edge of the world under the control of her older brother Viserys, ready to be sold off to marry Khal Drogo in exchange for an army. In a distressing situation, Daenerys came into her own, shedding any need for her incompetent brother while realizing that she had what it takes to rule the Seven Kingdoms. Dany brought dragons back into the world—which no one thought would ever happen again—and became “The Mother of Dragons” with little help; and she conquered, liberated, and rallied people to her cause, and she did it because she is a great leader, not because of her family name. Daenerys has been through a lot, including losing her dragon Viserion beyond the Wall in Season 7, but she’s grown as a person and gotten through it all.

As close to his supposed father Ned Stark as anyone in terms of honor, loyalty, and responsibility, Jon Snow is a true hero that is always willing to put himself on the line and do what is right—he’s shown it numerous times throughout the series, and he’ll probably show it a few more times in the final season. Like Daenerys, Jon accomplished a lot and went through a lot—including getting killed by his own brothers of the Night’s Watch. And like Daenerys, he built himself up as a bastard of a legendary northerner (compared to Daenerys doing it with nothing except being the daughter of the former King), becoming the Lord Commander of the Night’s Watch, an avenger of the Red Wedding with a victory in the Battle of the Bastards, and the King in the North, with nothing handed to him because of a birthright—despite the fact that he’s actually the heir to the Iron Throne.