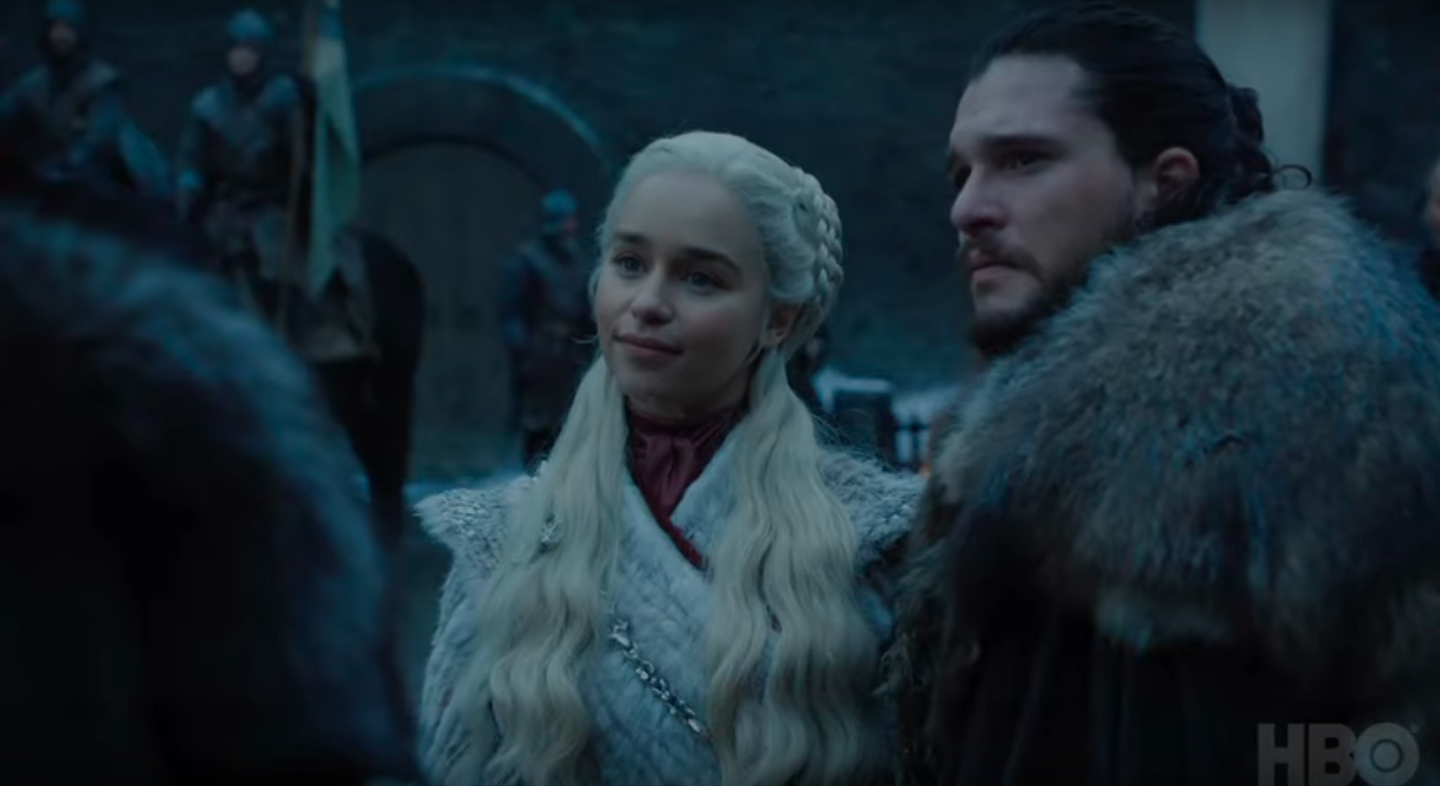 
The first official footage from the eighth and final season of Game of Thrones has been released. With tonight being the Golden Globes, HBO just shared a video showing what’s to come for the network in 2019:

Included is the first look at video, with sound, from the final season of Game of Thrones. Sansa Stark appears to have reluctantly accepted Daenerys Targaryen as her Queen (likely because The King in the North Jon Snow did).

This first footage, which surprisingly reveals an important portion of Daenerys arriving in Winterfell, could indicate that a Season 8 trailer might be arriving soon.

There was some Season 8 footage (showing Jon and Sansa embracing) released in a previous what’s-to-come trailer from HBO released in August, but that video has since been removed from the premium network’s YouTube channel. This is the first real look with sound included.

In case you missed it, our #ForTheThrone countdown just begun last week with the first episode of the series, “Winter Is Coming”, and will continue up to the start of April ahead of the start of Game of Thrones’ final season that month.