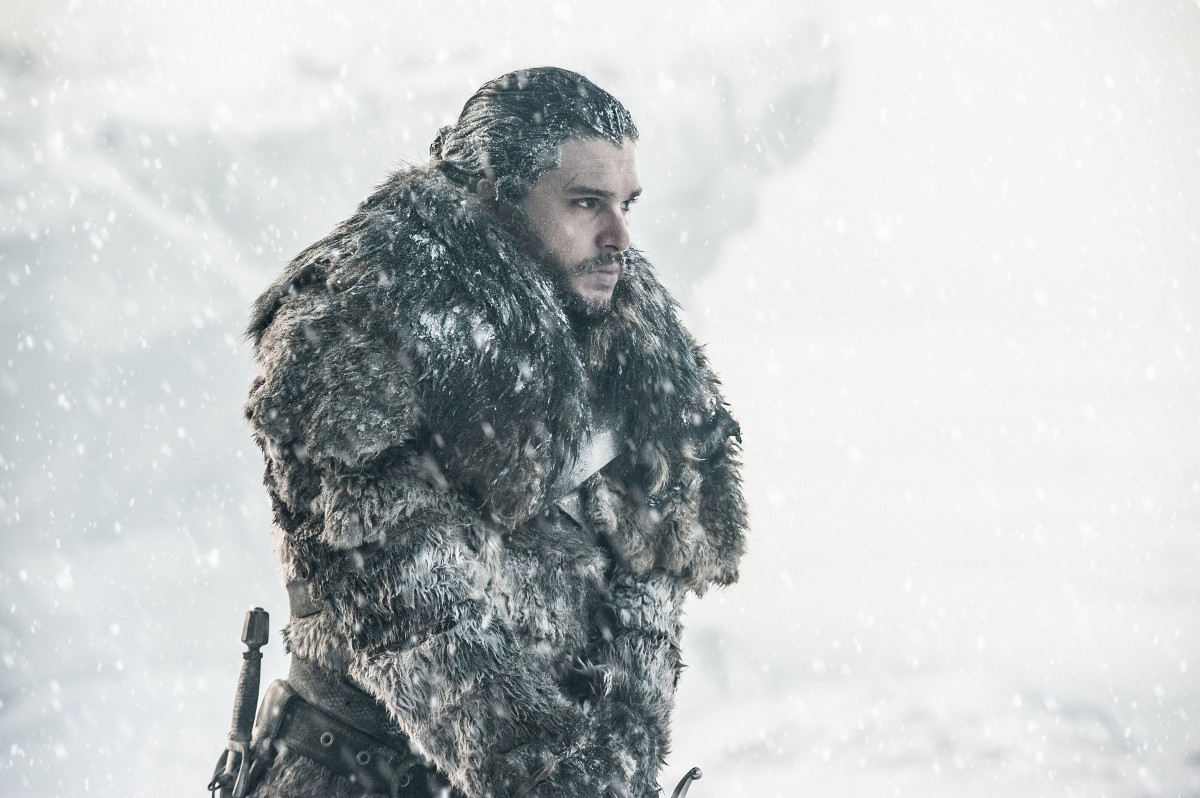 #WinterIsHere Countdown: “Beyond the Wall” (S7E6)

Jon and the Brotherhood hunt the dead. Arya confronts Sansa. Tyrion thinks about the future.

Best Moment: The frozen lake battle beyond the Wall

The conversations leading up to the frozen lake battle—particularly with Jon Snow and Beric Dondarrion where they talk about their purpose—were interesting, but things really pick up when the squad captures the wight and is found out by the Army of the Dead. After getting to the center of the frozen lake on the small island, the squad was forced to wait it out while hoping that Gendry got back to Eastwatch so word would get to Daenerys Targaryen—and that the Targaryen queen would come and help.

When The Hound unwisely threw a rock that showed the Army of the Dead that the lake was frozen enough to come attack, Jon, Jorah Mormont, Tormund Giantsbane, and company had to somehow fight off thousands of wights to survive. As the wights start to break in, things did not look good for the heroes, and the moment was masterfully shown through Jon’s perspective as it looked like he was nearly out of hope—until, Daenerys flies in on Drogon and the three dragons lay waste to much of the Army of the Dead. The courageous act by Daenerys looked to be going well until one of the Night King’s lieutenants handed him an ice spear, which he launched in the air, striking Viserion in the throat and killing the mystical beast. The screech let out by Drogon and Rhaegal along with the look on Daenerys’ face said it all about one of these rare, rare creatures dying, and the King in the North stared down the Night King with abhorrence.

Jon was unable to get back to Daenerys and Drogon after being tackled into the ice by wights, and the Dragon Queen had no choice but to fly away while the Night King also tried to take out Drogon with another ice spear. Looking down at the scene—Daenerys lost one of her dragons/children and also appeared to have lost someone she had fallen for—it was dreary, even if the North’s leader did make it out of the water alive. But Jon did emerge, grabbing Longclaw to prepare for what looked like would be his final stand and eventual death. Then, a lone rider came just in time: Jon’s Uncle Benjen. The two did not have time to talk, but it was a familiar face (remember, Jon was killed by traitors of the Night’s Watch after he was told Benjen was back). Though half dead, Benjen had two great final moments in the last two seasons before his death, saving both Bran Stark and Jon from certain death.

Holding out hope at Eastwatch, Daenerys was heartbroken at the apparent loss of her new ally, but a horn sounded, with Jon unconscious on horseback. When Jon awoke with Dany by his side, the two equals had an emotional moment and were in understanding. After seeing the threat in battle, Daenerys would help fight the Night King. And although she didn’t ask for it at this time, Jon swore his allegiance to his queen after seeing her show leadership to save him and his squad while losing Viserion in the process.

“Death is the enemy. The first enemy and the last.” – Beric Dondarrion

Showrunners D.B. Weiss and David Benioff say they wanted to get the zombie polar bear into the show for about four seasons and finally got it in.

If Daenerys Targaryen didn’t take action and fly north of the Wall, no one would have made it back to Eastwatch alive. But despite Dany’s heroics, the Night King got exactly what he wanted from the situation: his own weapon of mass destruction in the form of a dragon. As if killing Viserion was not enough, the Night King ordered the Army of the Dead to pull the dead dragon out of the frozen lake with huge chains. Then, the Night King walked up and placed his hand on the dragon, as the beast’s big eye opened in a deep, icy blue to end the episode. As discussed on the “Inside The Episode”, it was a big-time one-two punch to have the dragon not only die, but then turn into a weapon for the Night King; and it gave the ultimate enemy the ability to eventually take down the Wall after it stood for thousands of years.