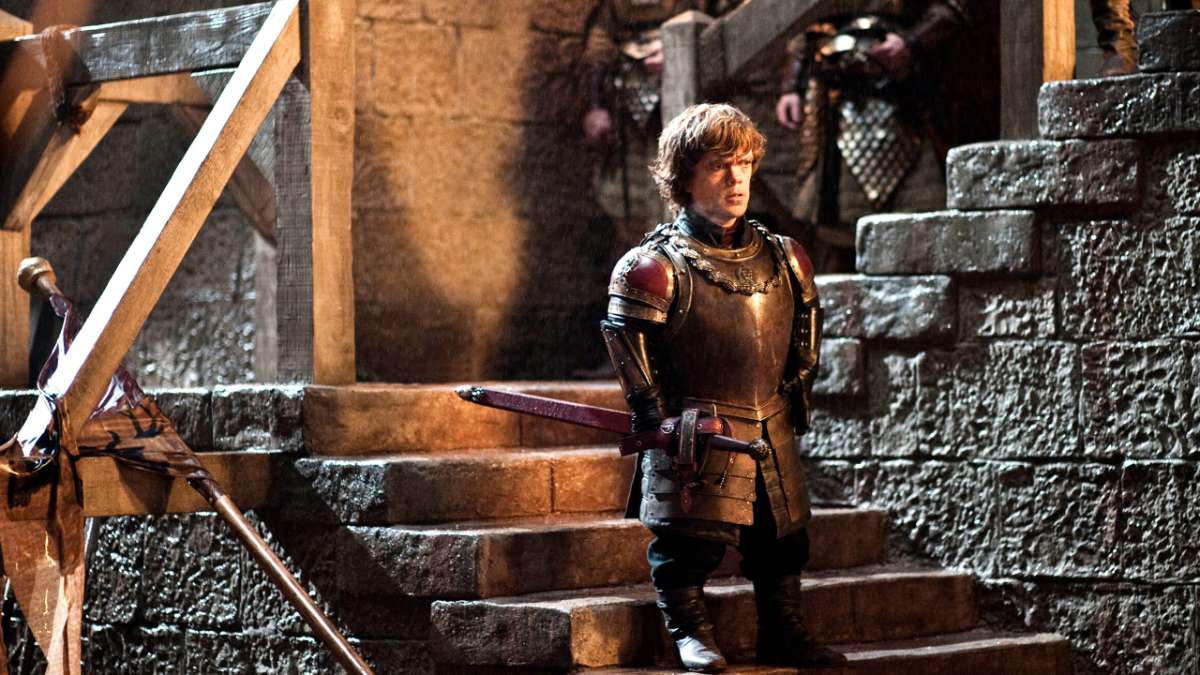 
Previous Episode: “The Prince of Winterfell”

Tyrion and the Lannisters fight for their lives as Stannis’ fleet assaults King’s Landing.

Game of Thrones is obviously filled with heart-pounding moments, and Cersei sitting on the Iron Throne with Tommen, telling him a story and ready to poison him with nightshade before Stannis sacks King’s Landing, is up there with the best of them. Loras Tyrell, dressed in Renly Baratheon’s armor, and the Lannister army walking into the Great Hall just before Cersei poisons her son is a nerve-rackingly-close call. Then Tywin Lannister working his way to his daughter’s sight before declaring the battle has been won is a powerful end to one of the series’ best episodes.

Peter Dinklage, who plays Tyrion Lannister, said “I’ll lead the charge” under his breath on his own (it wasn’t in the script) before proclaiming it for the soldiers to hear.

At the Battle of the Blackwater, King Joffrey shows he is no great leader, leaving the battlefield when the opportunity arises via a request from his mother. The soldiers were dejected at their King leaving, and they were basically sitting there ready to get slaughtered by Stannis’ men. But Tyrion steps up to deliver one of the greatest speeches delivered in Game of Thrones before leading the Lannister army to victory, saving the city of King’s Landing. While he might not have lasted the entire battle, Tyrion never gets the credit he deserves for saving the citizens of the city, but him in “Blackwater” might be the easiest MVP choice of them all. The Lannister dwarf gets a nice scar to show for it, too.