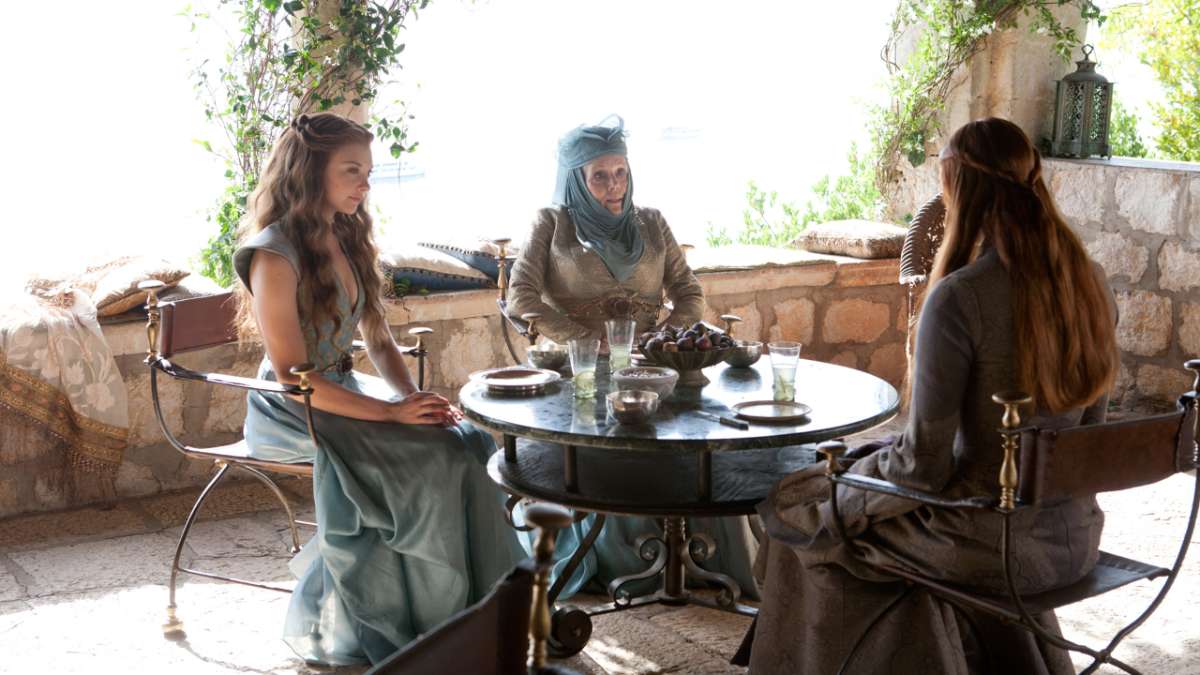 Arya runs into the Brotherhood Without Banners; Jaime finds a way to pass the time.

The entire final scene of “Dark Wings, Dark Woods” is the best of the episode, with Jaime nettling Brienne yet again before sitting down on the bridge and swiping one of her swords. The two engaged in a sword fight—with Jaime having to fight in cuffs and Brienne having to fight without killing Catelyn’s prisoner—and the lady got the better of a weakened Kingslayer. But then a group of bannerman for House Bolton—led by Locke, who Jaime will regret meeting—re-capture the Lannister knight for the King in the North. Locke rejected Jaime’s offer to get paid in exchange for letting him go, stating, “If the King in the North hears I had the Kingslayer and let him go, he’d be taking it right off. I’d rather he take yours.”

“And I couldn’t keep my promise… And everything that’s happened since then—all this horror that’s come to my family…it’s all because I couldn’t love a motherless child.” – Catelyn Stark to Talisa Maegyr about Jon Snow

On their journey north, Bran and his companions pass Hadrian’s Wall, the real-life inspiration for the Wall.

This episode was the first we see of The Queen of Thorns, who had a smart and experienced take on everything—including her thinking that Renly was committing treason and though he was a king because he “knew how to dress and smile.” Lady Olenna and her granddaughter Margaery get information from Sansa and learned that Joffrey is indeed a “monster,” and this sets the stage for the Purple Wedding and her eventually boss-move admission about it to Jaime years later.