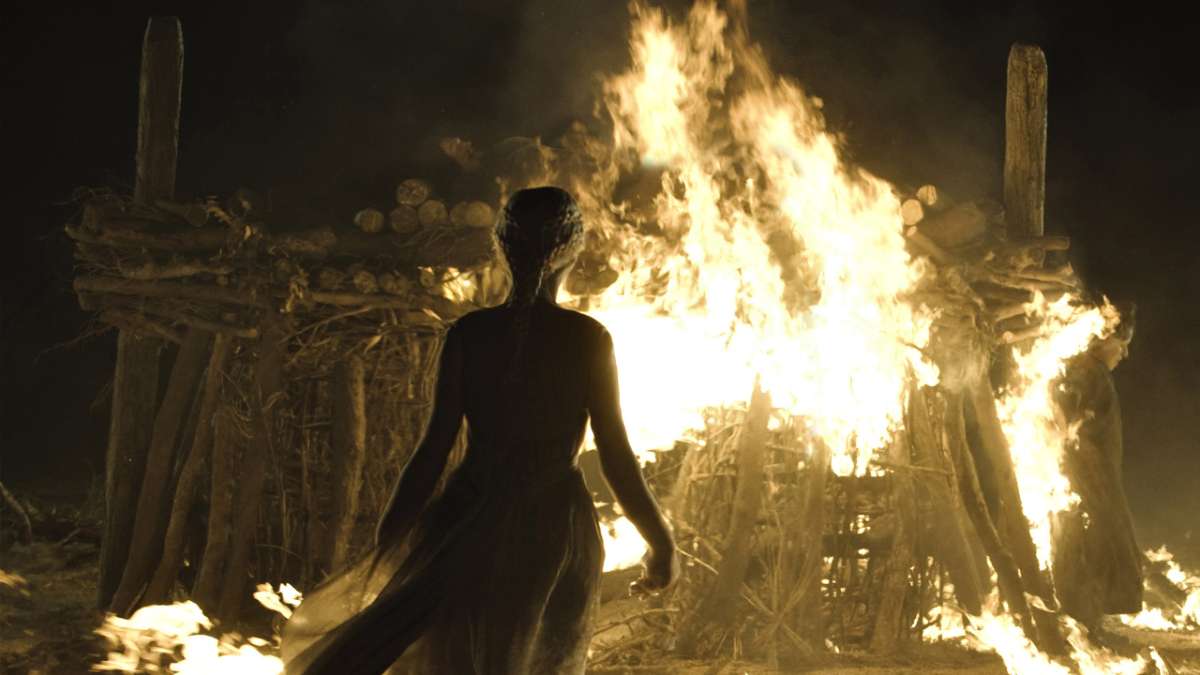 Season One Finale. A new king rises in the North; a Khaleesi finds new hope.

The best moment of the episode could easily be the northern men naming Robb as the King in the North, as that’s a powerful scene that’s worth mentioning, and it’s hard to not get goose bumps just thinking about it. However, Daenerys Targaryen entering the fire with nothing but three petrified dragon eggs and emerging with three baby dragons is arguably the most important thing to ever happen in Game of Thrones. The screeches of Drogon, Rhaegal, and Viserion to end Season 1 with the Targaryen theme playing is somehow both hopeful and frightening.

“There are no men like me. Only me.” – Jaime Lannister

The birth of Daenerys’ dragons marks the first living dragons in nearly 150 years. According to the books, the last dragon died during the reign of King Aegon III in the year 153.

The Season 1 finale deals with the aftermath of Ned Stark’s unforeseen death, as Robb Stark is named King and the North and Jon Snow chooses to uphold his Night’s Watch vows and go beyond the Wall rather than try to betray the Watch and join Robb, but Daenerys going from desperate to worshipped in the final scene makes her the episode MVP. Dany had few followers and no known allies after Khal Drogo’s death, but dragons can change a lot, and suddenly an inexperienced girl from Essos becomes the Mother of Dragons and a real player in “the game.”