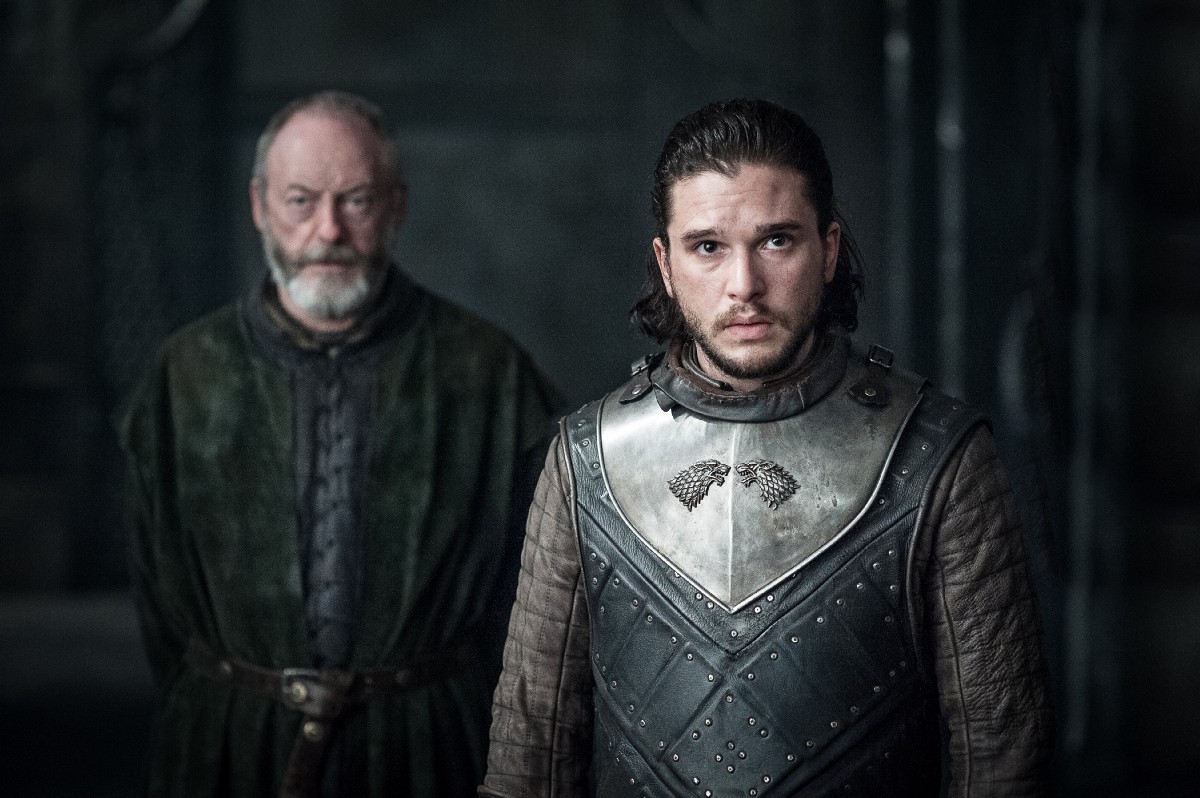 The chill-inducing final moment of the episode—with Olenna Tyrell, right before her death, telling Jaime Lannister it was her that poisoned Joffrey—is tough to top, but it was awesome to see Jon Snow and Daenerys Targaryen finally meeting after six-plus seasons. The last two known (known to the viewer, at least) Targaryens have both accomplished so much on opposite sides of the world, and it’s a bit surreal to see them finally face-to-face in a meeting. While Jon and Daenerys were in disagreement, it was clear the two were much more alike than they might have thought after initially looking at each other, and they appear to both realize it during the course of the scene, including when Daenerys went over her own accomplishments then Davos went over Jon’s. The scene was very dynamic, also with Tyrion mixing in to deliver both remarks for his Queen and support for the King in the North’s trustworthiness, and it had superb acting from everyone involved.

“This is Jon Snow… He’s King in the North.” – Davos Seaworth

The Lannister army completely outsmarting Tyrion Lannister by forfeiting Casterly Rock and taking the now-wealthier Highgarden (in the same strategic move Robb Stark used at Whispering Wood to capture Jaime Lannister during the War of the Five Kings) was a big twist and win for Cersei Lannister, and it also meant finding Olenna Tyrell and putting a final end to House Tyrell. However, after Jaime gives the Queen of Thorns the painless poison to amicably take, Olenna pulls an ultimate power move, telling a shocked Jaime that it was her that poisoned Joffrey. “Tell Cersei. I want her to know it was me”, were the powerful final words of the matriarch of House Tyrell, who somehow won her own death scene.