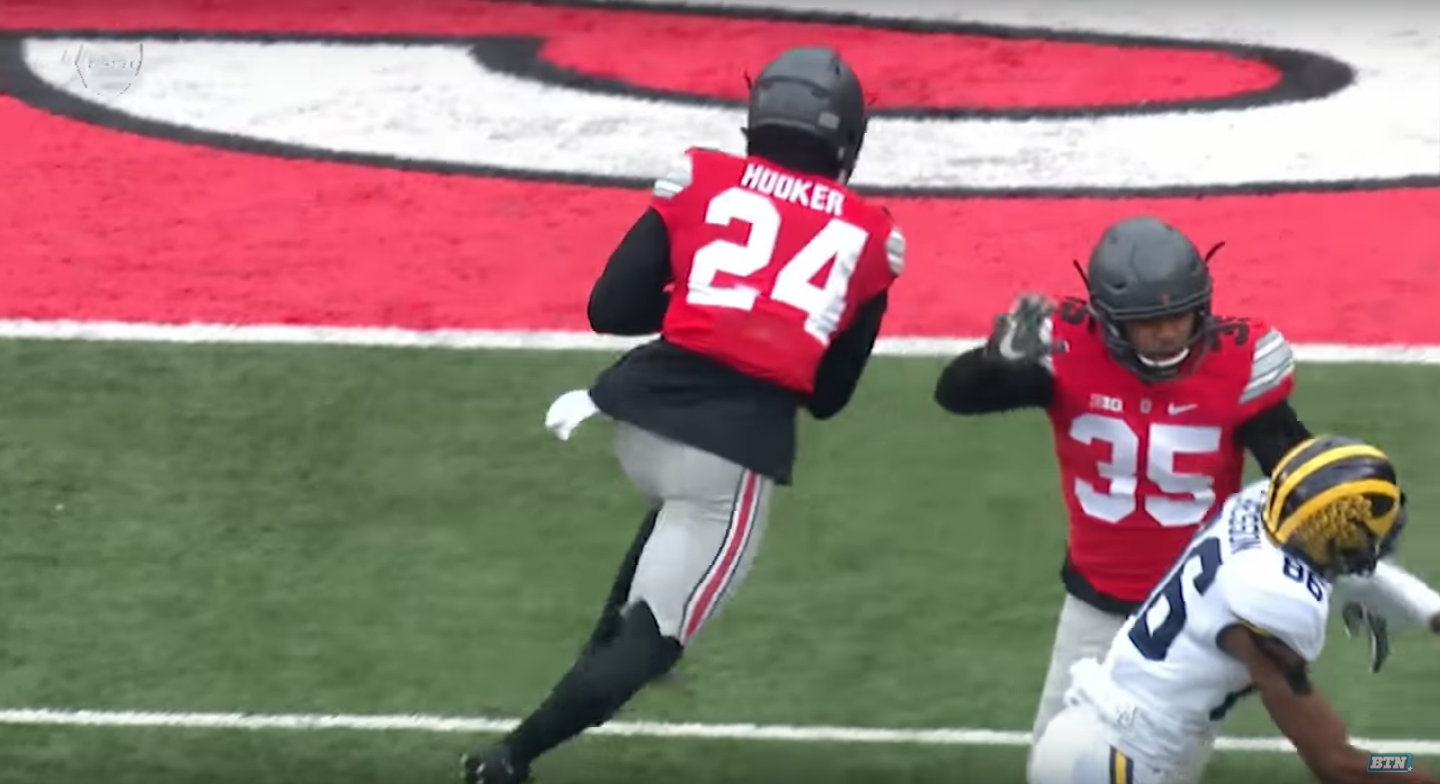 
After months of talk, scrutiny, praise, smokescreens, and fake news, we’re finally here—draft day. Tonight’s first round in Philadelphia is shaping up to be one of the most unpredictable of all-time. There are only a few people in the entire world that even know how the first pick will go tonight.

Before we get started, one side note: getting drafted to play professional football is a dream for most of these guys; so maybe try to avoid being overly negative towards the young guy that’s getting drafted—there’s no need to @ (on social media) players your favorite team just drafted and tell them they’re terrible during one of the greatest moments of their life.

That being said, enjoy the draft, and if you’re going to boo someone, make sure it’s Roger Goodell.

Every draft is fun to watch (to me, at least), but this is an especially exciting draft. This class is really deep, especially on the defensive side of the ball, as there are about a dozen defensive backs that could be taken in the first round, with arguments to be made for a lot of them being top 10-15 picks. This vast selection of defensive backs is one of the reasons this draft is so difficult to predict.

There are also many running backs to select from: Christian McCaffrey, Leonard Fournette, Dalvin Cook, Joe Mixon, D’Onta Foreman, Wayne Gallman, James Connor, Alvin Kamara, and Samaje Perine are among the backs that have 1,000-yard potential as rookies, if put in the right situation.

This is also an excellent tight end class. O.J. Howard is a prototypical tight end for the NFL today, and he might be a top-ten pick. David Njoku, Evan Engram, and Jake Butt are some of the other tight ends from this draft class that are ready for the NFL.

This is considered a weak offensive line class, but Alabama’s Cam Robinson is someone I’ll be keeping an eye on. He was considered a potential future top-ten pick by many at this time last year.

I really believe this quarterback class gets a bad rep from the media. I’ll get more into that in the next section.

Deshaun Watson will be a top five pick:

Most mock drafts have Watson going well outside the top five picks, but I believe NFL teams think differently. This guy was 32-3 as the starting quarterback at Clemson. He is smart, can make every throw, and has athletic ability. From Nick Saban to Sean Payton, many coaches have raved about Deshaun Watson’s ability.

There is little doubt Watson would have been a top five (if not the first overall pick) in last year’s draft, so I’m not sure what changed after he had another excellent season at Clemson capped off with a national title win versus Alabama.

I think the Bears or Jaguars will take Watson at third or fourth overall. Watson is a culture-changer—he was at Clemson and he will be in the NFL. Despite the current narrative, I’d be a little shocked if Watson drops out of the top five.

Gareon Conley will not get drafted:

In light of recent rape allegations—which is all they are at this point, allegations—teams may decide Conley is not worth the risk. Previously scheduled to attend the draft and almost certain to be a first-round pick, Conley is looking at a big freefall.

This could be like the La’el Collins situation a couple of years ago. Collins was a lock to be a first-round pick, but went undrafted after uncertainty surrounding the murder of his pregnant ex-girlfriend. While it may turn out to be completely unfair and cost him millions if the allegations are fake, there might not be enough time for teams to vet the situation properly.

This quarterback class is better than people are giving credit for; four quarterbacks will get drafted in the first round:

As stated earlier, I believe Watson will be a top five pick, so that’s one. North Carolina’s Mitchell Trubisky is almost a lock to be a top 10-15 pick, as teams really love his tools. Texas Tech’s Patrick Mahomes II has so much arm talent and improvisational skills that teams would be willing to take a chance on. The fourth can be a number of players, but I think it’ll be Davis Webb of Cal (and formerly Texas Tech). Webb might have the best size of all the quarterbacks in the draft, standing at 6’5”, and he has a positive attitude as the son of a high school coach.

With Joshua Doobs, Brad Kaaya, DeShone Kizer, and Nathan Peterman, among other quarterback prospects, I think this QB class is way better than the media is saying. Bruce Arians and Trent Dilfer agree.

Christian McCaffrey and Leonard Fournette both get drafted in the top ten:

Two running backs have not been drafted in the top ten since 2005, when Ronnie Brown, Cedric Benson, and Cadillac Williams were all drafted in the top five (and Brown and Williams were teammates at Auburn!). Excellent running backs can be found late in drafts (or after drafts as undrafted free agents) as history has shown, but McCaffrey and Fournette are both game-changers that are unlikely to bust. Both guys can get 20+ touches per game in the NFL, and I think the McCaffrey too small talk is way overblown and inaccurate.

Meanwhile, Joe Mixon probably has a chance to get drafted in the first round. Talent-wise, he’s right up there with McCaffrey and Fournette—he reminds me a little bit of David Johnson. But teams may be hesitant to draft him in the top 10-15 because he punched a girl when he was a freshman at Oklahoma. While he may not have been punished enough for the incident, by all accounts he took advantage of his second chance and, while he did get suspended one game for tearing up a parking ticket, people at Oklahoma reportedly vouch for Mixon. Would I draft him if I was a decision-maker in the NFL? Well it's easy to just say "no" because of what he did, but I would absolutely want to talk and get a feel for him as a person now and think long and hard about my comfortability drafting him.

People largely embraced Michael Vick after he was released from prison for running a dog fighting operation that included having dogs drowned and killed; these were not spur-of-the-moment things that occurred—multiple domestic animals were killed basically for no reason. While what Mixon did is totally unacceptable, it happened at a time of major emotion. That is not to say what Mixon did is not as terrible, but if Vick was forgiven and given a chance in the NFL, Mixon should be too. Michael Vick learned from his situation and turned into, really, a positive example of redemption and second chances. Hopefully Joe Mixon tries to do the same.

Here are my thoughts on the top ten prospects in this year’s draft. It starts out with Deshaun Watson, someone that I think is behind only Andrew Luck and Marcus Mariota in terms of quarterback prospects from the last five years. (I also liked Teddy Bridgewater and Johnny Manziel—I don’t think on the field was ever the issue for him—coming out and it’d be a tough decision between those three as prospects, but I’d probably go Watson).