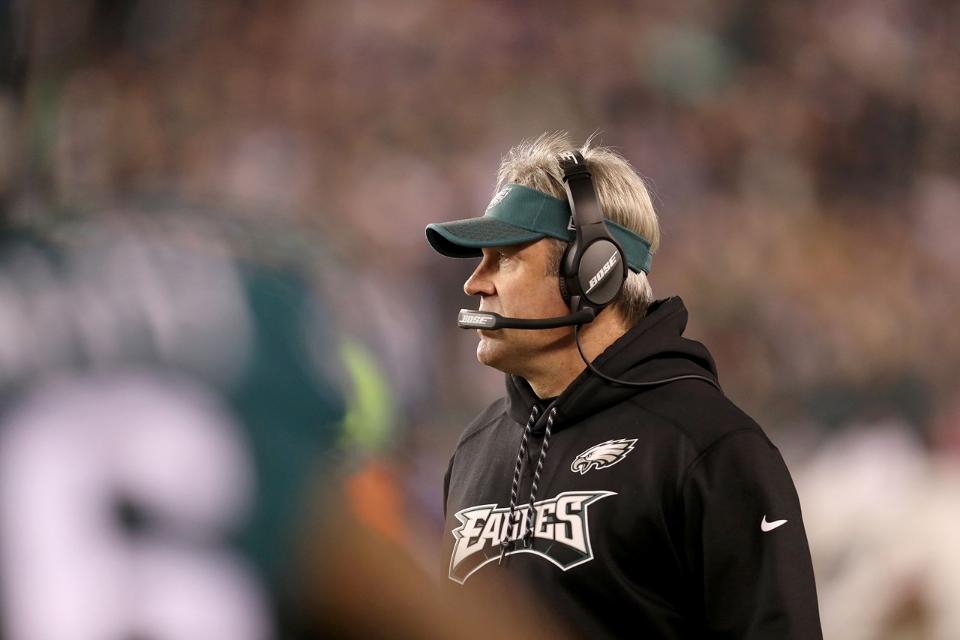 
We are now down to two, as the Eagles and Patriots will have a Super Bowl rematch from 13 years ago, when the two franchises met in Super Bowl XXXIX, which New England won by three. I think Super Bowl LII should be a really close game between the two best teams in the league, and we have a couple of weeks to talk about the game. For thoughts on the teams eliminated during the Divisional Round, check out last week’s power rankings.

Things didn’t look great for New England when they were down against a Jaguars team with a great defense, especially with Jacksonville clicking on offense, but there was no reason to panic with Tom Brady and Bill Belichick leading the way. When the Patriots got the ball at the end of the game, there was not much question about what was going to happen. We’ve just seen Brady calmly lead his team down the field too many times over the years, and he is still in his prime at 40 years old—and still basically unstoppable with the game on the line.

He certainly won’t receive any credit in Philadelphia, but I believe this is what Chip Kelly envisioned when he started making personnel moves back in 2015. The former Eagles coach jettisoned some players that allowed the groundwork for this current team to be established—he just didn’t get the opportunity to see it through. That said, Doug Pederson has done an outstanding job with the offense, and his design and play-calling might give the Patriots defensive staff some sleepless nights leading up to the Big Game. On defense, it’s a very deep unit that has played great all year under defensive coordinator Jim Schwartz.

After the extreme high of the Minnesota Miracle, it’s hard to imagine a season ending worse than the Vikings’ season did. While Nick Foles deserves a ton of credit for playing an amazing All-Pro caliber game, Minnesota clearly played their worst game of the year, turning the ball over on offense while uncharacteristically missing tackles on defense. With the Eagles set to invade their home stadium to represent the NFC in Super Bowl LII, the loss is going to stick with the Vikings for a while. I am optimistic about them moving forward, though, as the stacked defense is the best in the league in my opinion, and they have one of the best head coach-general manager combos in the league. The situations at quarterback and offensive coordinator will be huge keys to their success in 2018.

Many people are blaming the officials for Jacksonville’s loss to New England in the AFC Championship, but the Jags had a chance to stop Brady and the Pats twice and didn’t get it done. The Jaguars have a young and talented roster, so they shouldn’t go anywhere, but the AFC South appears to be on the rise, with the Colts and Texans both set to get their franchise quarterbacks back and healthy for 2018. Blake Bortles, who has admitted a couple times he isn’t a “natural thrower” of the football, should be back under center next season in the last year of his contract (though the Jaguars can get out of the deal if they choose), but the team should look for a franchise quarterback in the draft. Also, the free agent class is stacked with options, so it’s possible they go in that direction if they decide to part ways with Bortles.