Home / frontnfl / 2018 NFL Draft Prospects That Are Being Overlooked 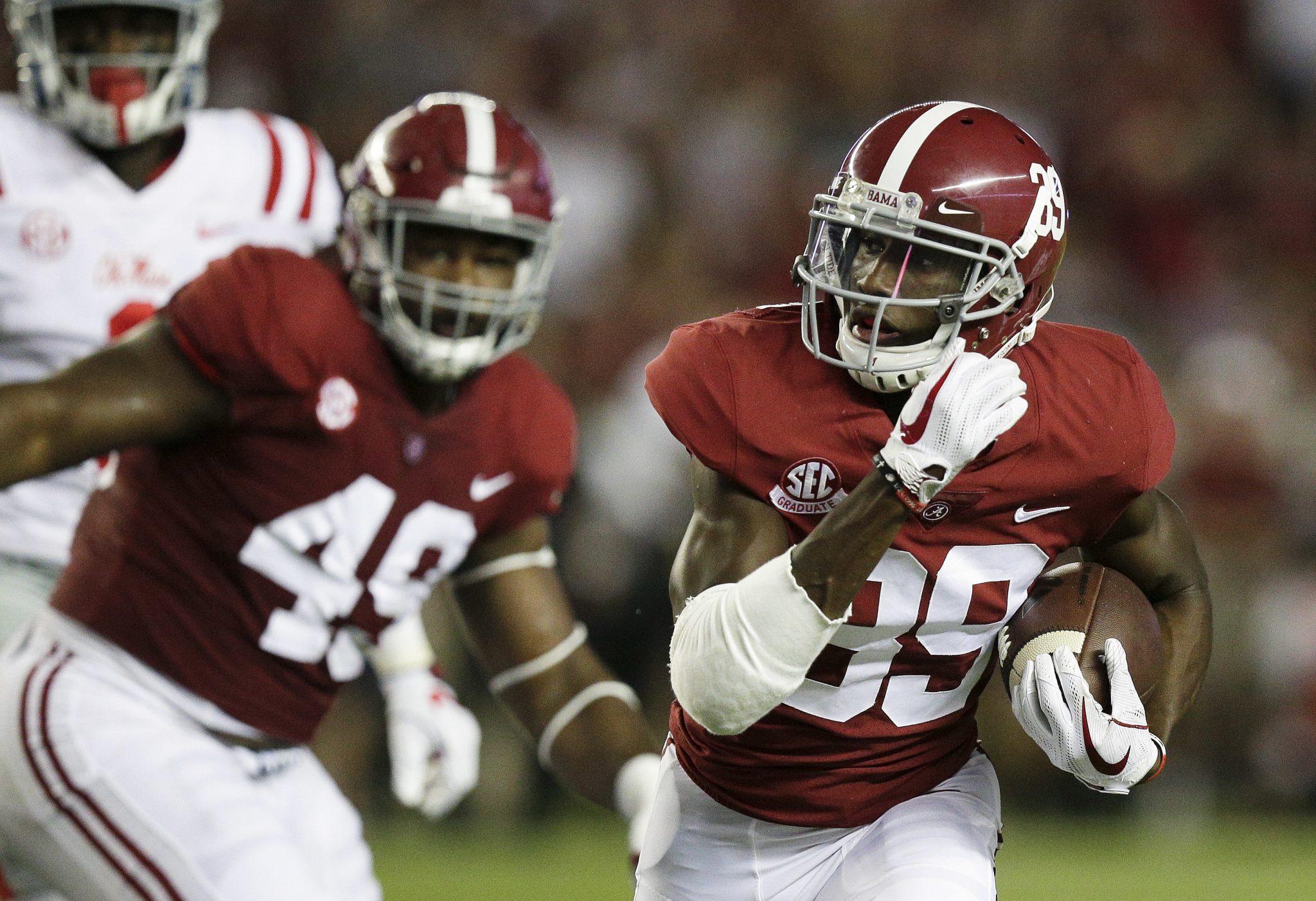 2018 NFL Draft Prospects That Are Being Overlooked


Yesterday, I released my final big board with 300 prospects and dozens of scouting reports, but outside of the top 64 players, there really isn’t much of an explanation for why I have guys ranked lower or higher than most, and I want to provide my reasoning. So, based on my rankings compared to their projected draft range (via NFL.com), here are the most undervalued prospects in the 2018 NFL Draft. My overvalued prospects can be found here.

R.J. McIntosh has seen his stock drop since his Pro Day because of worse-than-expected athletic numbers, but on tape, he constantly causes problems in the backfield because of his elite first step and the ability to shoot the gap. He’s probably not ready to contribute as an every-down player, but I think McIntosh will eventually develop into a disruptive, all-around interior defensive lineman.

Simmie Cobbs is unlikely to become a dynamic receiver that you can feature all over the formation, but he’s basically mastered playing on the perimeter with a large catch radius, excellent body control, and natural receiving skills. Just watch his tape against Ohio State from last season to see the kind of issues he can cause for cornerbacks on the outside.

Shaquem Griffin will be the best feel-good story of the 2018 NFL Draft, but he’s much more than that, and teams will be making a mistake by letting him slip past Day 2. The defensive leader of the undefeated UCF Knights flies around the field and has the versatility to rack up tackles in the running game, drop back in coverage, and get after the passer.

It’s a flat-out mystery to me that almost everyone considers Levi Wallace a borderline draft talent. The former walk-on worked his way from intramural flag football player as a freshman to starting on the 2017-2018 national championship team for Alabama, and he was the best corner on a defense that included well-regarded prospects Tony Brown and Anthony Averett. Perhaps being overlooked again will give Wallace another chip on his shoulder.

I just have a feeling that New England will get Oren Burks on Day 3 of the draft and everyone will wonder in a few years how they missed him. The former Commodore is a tremendous athlete (4.59 40-yard dash, 39.5-inch vertical), and he will only get better with more experience and NFL coaching. He’s a great option for teams that don’t get Rashaan Evans or Malik Jefferson as a linebacker with similar size and athleticism.

Maybe I’m a little high on Barrett, but his leadership and overall character would make me comfortable taking in the 4th round, especially because a lot of teams probably feel the same way. The all-time great college quarterback has more than enough arm strength at six-foot-one, and the play-calling at Ohio State wasn’t very good over the past two seasons, which impacted his NFL outlook. At worst, Barrett will be a top-end presence in the quarterback room that can make plays on his own if he sees the field, and I think that’s enough to warrant consideration early on Day 3.

I thought Troy Apke blowing up the NFL Combine would have been enough to make him a mid-round prospect, but apparently not according to his projection. Still, it would be surprising if an NFL team didn’t love the traits enough to take him earlier than the 7th round, and Apke would be able to make plays on special teams early in his career to justify any concerns about him as a safety.

Kyle Allen is so far off the radar that NFL.com doesn’t have a scouting report for him out of about 500 profiles, which is shocking. Allen was considered by some to be a better prospect than 2017 first-round pick Deshaun Watson when they were both entering college, but he was dealt a bad hand when he transferred from Texas A&M to Houston, where he was going to have the offense built around him before head coach Tom Herman took the Texas job. Still, the arm talent hasn’t gone anywhere, and quarterback mentor Jordan Palmer has stated that he’s better on the white board than both Sam Darnold and Josh Allen—which Palmer says both early first-round prospects would admit themselves. The 5th round could actually wind up being a bargain.

Ethan Wolf did something that not even Jason Witten did at Tennessee when he started as a true freshman in 2014, and while he never reached his potential from a production standpoint, Wolf has the size and experience to put up better numbers as a pro than he did in college. The six-foot-six tight end should be able to give effort as a blocker and make plays down the seam for an NFL offense.

I love Chukwuma Okorafor as a developmental tackle prospect on Day 2, but only one team will be able to get him, and Greg Senat is a quality backup plan. The former basketball player has only played two years of football, so his potential in a six-foot-six frame might be unlocked with more experience and better coaching.