Home / frontnfl / 2018 NFL Draft Prospects That Are Being Overvalued 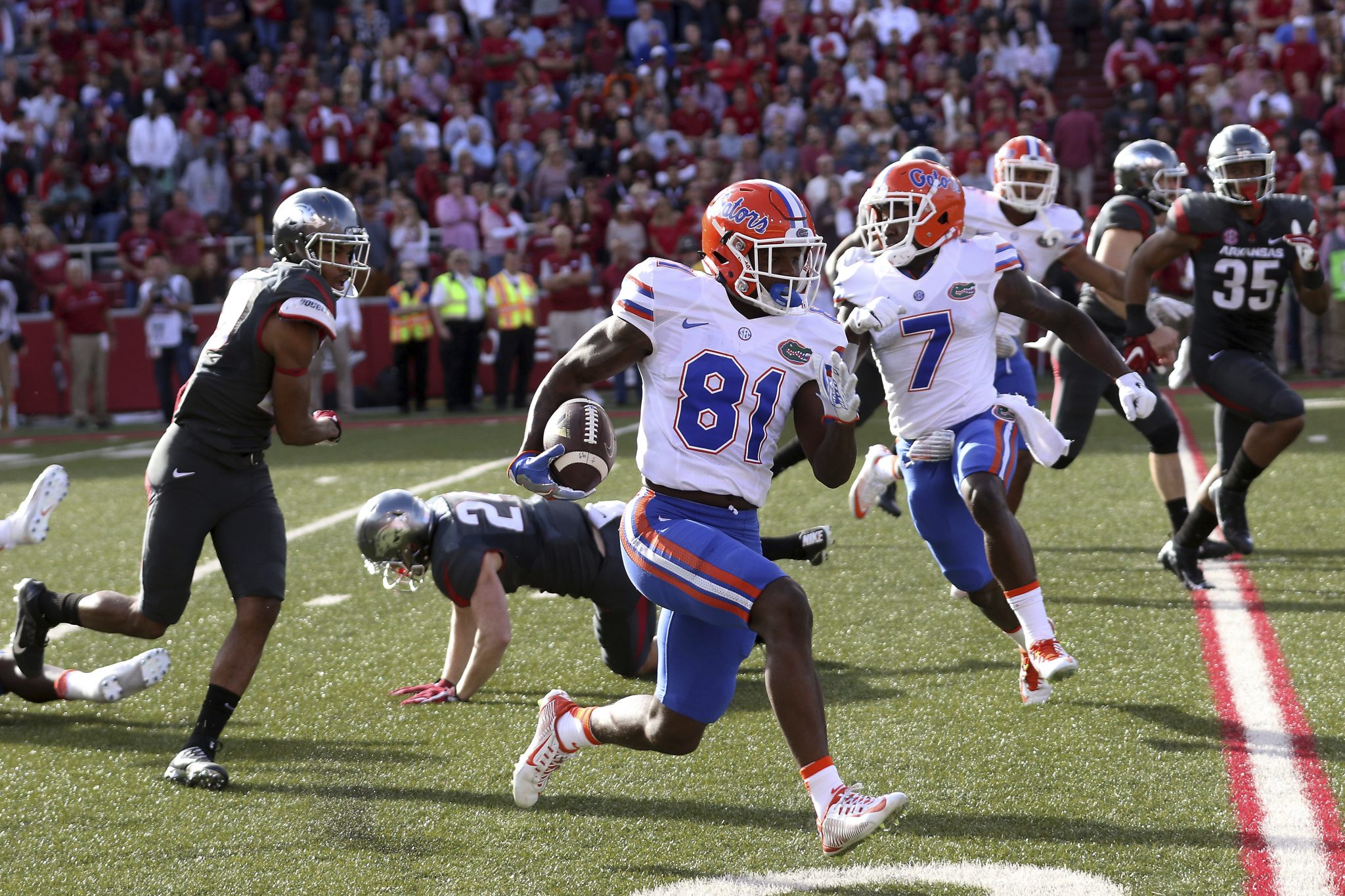 2018 NFL Draft Prospects That Are Being Overvalued


Because I didn’t have an explanation on my final big board for why prospects that I didn’t do a scouting report on are lower than their projected draft range, I want to provide an explanation. And it’s important to note that having a player on this list doesn’t mean I think they will be a “bust,” but I’d just be more comfortable drafting them where they are ranked for me. If you missed my undervalued players, you can check them out here.

Sam Hubbard has the relentless motor and overall effort that should make an NFL team very happy—but I just don’t see the upside to draft him in the first or second round, which is where many draft analysts see him going. I liken him to Chris Long as a solid edge defender that can either start or really thrive in a rotational role, but he probably won’t turn into an All-Pro.

Finding three-down players at the running back position is huge in today’s NFL, and while Penny has underrated pass-catching ability for his size, he is a liability in pass protection, which could keep him off the field if it’s not corrected. Also, as a pure runner, I don’t see how people like like him over Nick Chubb, who is projected to go after Penny on NFL.com, but is my 19th overall prospect.

This is a combination of both on-field play and off-field concerns. Justin Reid is the younger brother of free agent safety Eric Reid, who was one of the pioneers of the national anthem protest with Colin Kaepernick, and that distraction would be just too much for me to consider before Day 3, as he believes in the movement like Eric did. That doesn’t make Reid a bad person, but I also think the media might be overvaluing him as a player based on their support of the protests. We’ll see where NFL teams stand this week.

Tarvarius Moore wasn’t invited to the Combine, but he tested phenomenally at his Pro Day, including a 4.32 40-yard dash. However, while I wanted to get excited about the Conference-USA product after seeing a lot of draft analysts loved him, he just didn’t stand out to me on tape in one year as a starter. The tools are there, but a pick on Day 2 is way to rich for me in a deep safety class.

Breeland Speaks has the potential to be a really good player on the interior, but he can lose his cool on the field (ejected twice last season), and I have a difficult time spending a third- or fourth-round pick on a guy that can hurt his team with bone-headed penalties—which we see happen far too often in the NFL. Plus, he struggled to make an impact for Ole Miss before the 2017 season.

Not even considering an expletive shouted by Scarbrough before the national championship game in January, the big-bodied runner is not close to the prospect that Derrick Henry is, which is a comparison some have made. The athletic testing was great for Scarbrough, but his skills as a runner—particularly vision and patience—are lacking for the next level.

Richardson was actually considered a second-to-third-round prospect on NFL.com as recently as a few days ago, but he’s slipped some, and I doubt he’s even drafted in the fourth round. Not only does he have too many flaws in his game, but Richardson has off-field concerns that make him difficult to trust, including a suspension for a marijuana-related incident last year.

Flowers was used in a variety of roles for Lincoln Riley’s high-powered attack, but I’m not sure how much he will add to an NFL offense. If he’s there really late, I’d probably take him and see what he could do in camp, but I have concerns about Flowers’ athleticism at the next level.

This has nothing to do with Callaway’s abilities on a football field, as he would probably be a first-round pick based on talent alone. However, there is a litany of character concerns, the last of which—a failed drug test at the Combine revealed last night—caused me to move him from my 211th overall prospect to completely off my board. I obviously can’t talk to the prospects, which is a huge missing piece of the evaluation process that NFL teams are fortunate to have, but any hopes of Callaway turning things around went away after yesterday for me.