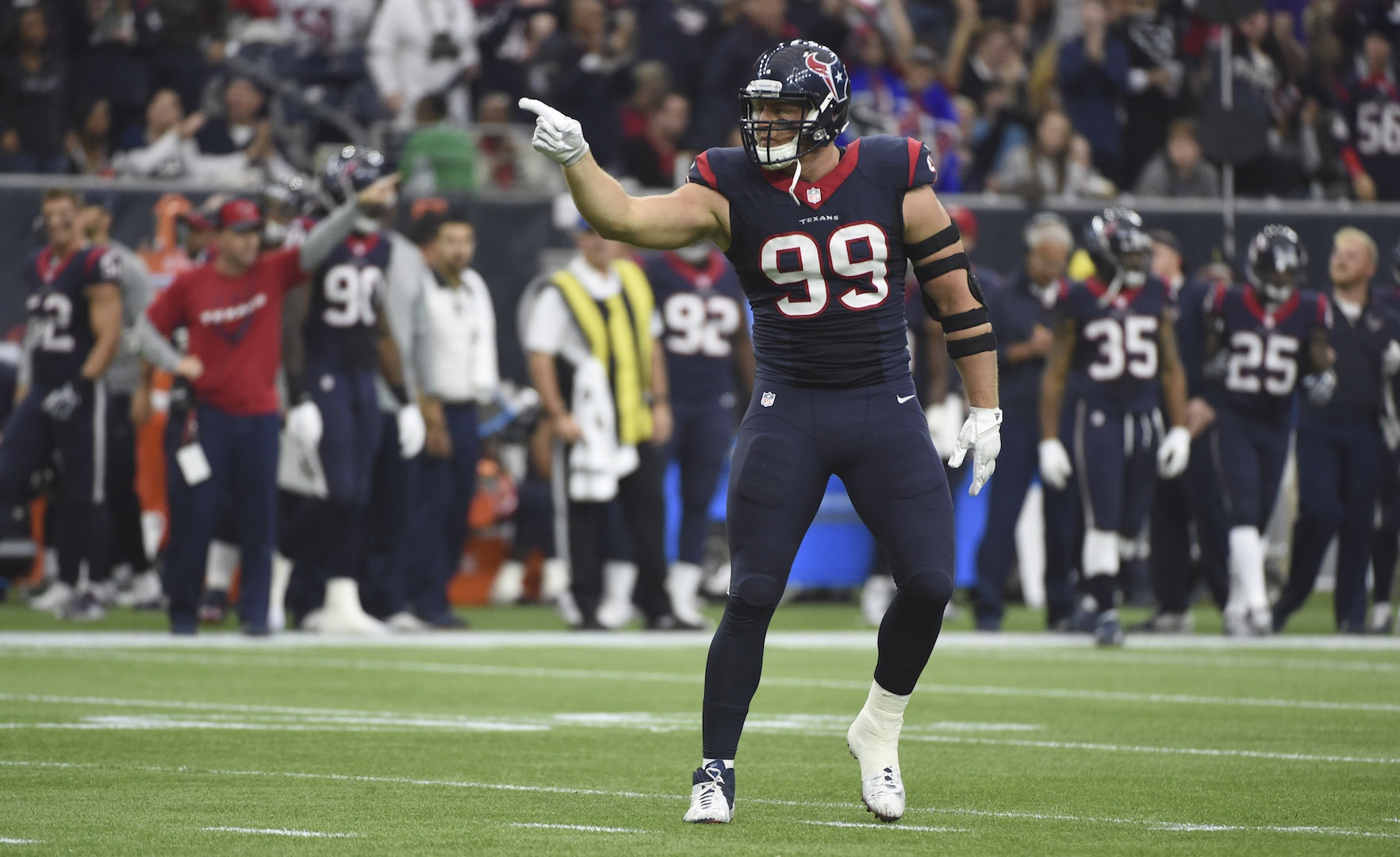 
The NFL has about a dozen high-impact offensive players returning to the field in 2018, but there are also star-caliber players on defense making a comeback from injury. These guys should make a big difference for their teams this season.

With just eight games played and 1.5 sacks in the last two seasons, a lot of people might have forgotten how great J.J. Watt is. The three-time Defensive Player of the Year went on an insane 69.0-sack tear from 2012-2015, hitting the 20.5-sack mark twice in that span. Watt is still only 29 years old, and it’s good to hear there doesn’t seem to be much concern about his health entering the year—though some might be concerned his body is breaking down after two straight season-ending injuries. If Watt is back to his usual self, the Texans are going to be scary in 2018.

The Texans probably get the biggest boost from injury guys returning this season, with their franchise quarterback and two All-Pro defenders back in the mix. Coming off a torn pectoral muscle, Mercilus gives Houston consistent production against both the run and the pass as an edge defender. Double-digit sacks are a possibility, especially with Watt and Jadeveon Clowney among those in a talented front seven for the Texans.

Kansas City slightly revamped their defense this offseason, and Eric Berry should deliver leadership and help keep things steady amid change. The 2015 Comeback Player of the Year has come back from worse than a torn Achilles, so no one should bet against him making a huge impact just a year removed from the injury. The three-time All-Pro is arguably the best safety in football.

Two-time national champion and two-time Super Bowl champion Dont’a Hightower might not put eye-popping numbers in the stat sheet, but he’s a versatile player that does whatever is asked of him from Bill Belichick and the coaching staff. Ready to go coming off a torn pectoral muscle, Hightower’s presence should give the entire defense a boost.

Jordan Hicks has had two season-ending injuries in three seasons, but he’s shown he’s an exceptional playmaking linebacker when on the field. When healthy, Hicks is arguably the top player on the Eagles defense along with Fletcher Cox, so the defending champs are getting stronger in what should be a very tough NFC.

Eric Berry is coming off a torn Achilles, but he tore his in early September. Meanwhile, Richard Sherman tore his Achilles in November, so he’d be only ten months removed from the injury at the start of the season—and he’s on a new team, as he moved down the West Coast to California. The Niners expect Sherman to man the left cornerback spot and elevate the secondary as they look to compete for a division title in 2018.