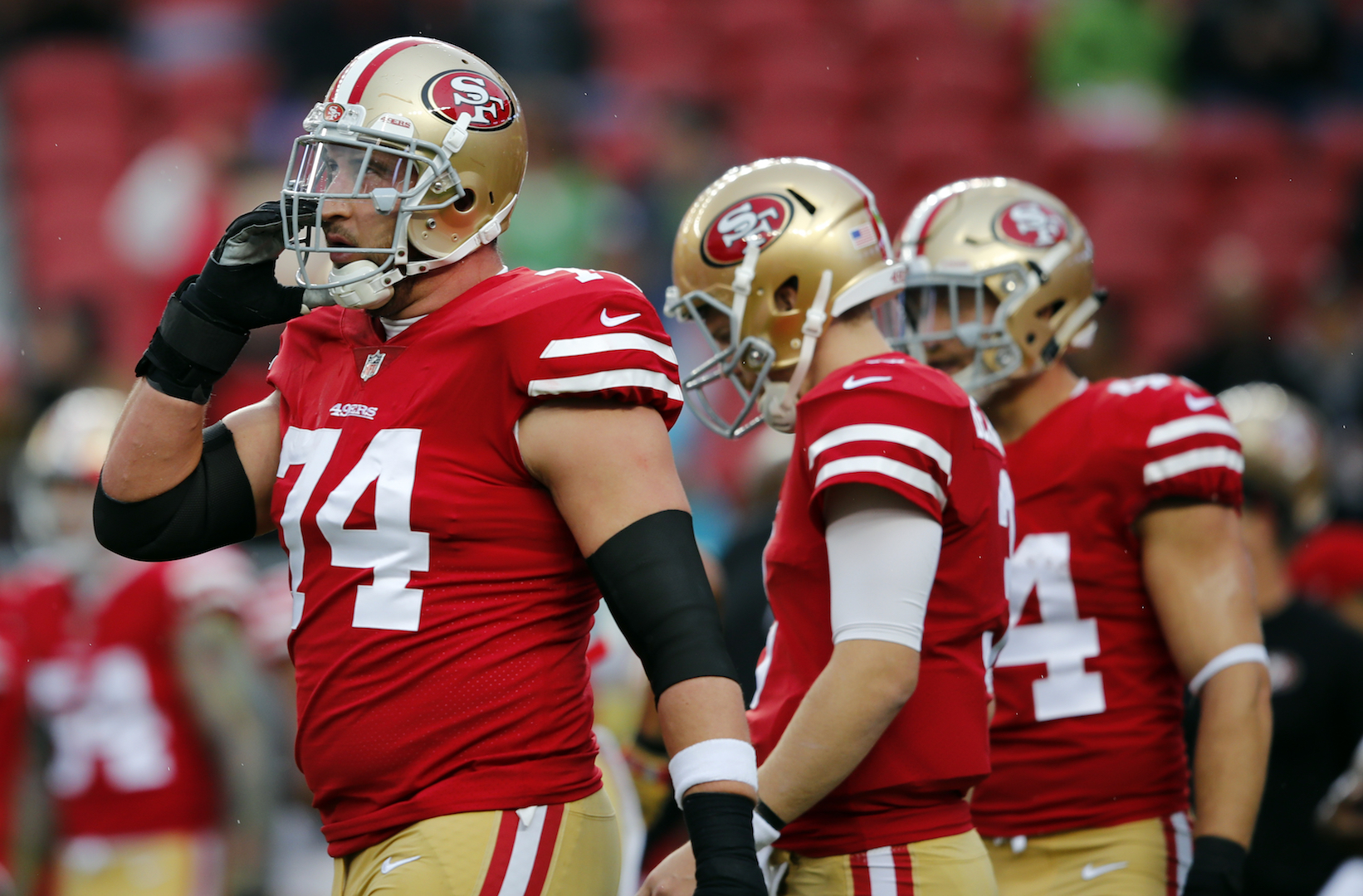 
The NFC West is one of the most intriguing divisions in football. How do the Cardinals and Niners compete with the Seahawks and Rams in 2019?

This is not to say that I think Kyler Murray is the top overall player in this year’s draft class, but new Cardinals head coach Kliff Kingsbury previously made his feelings for Murray abundantly clear. Cardinals GM Steve Keim should get his new head coach the perfect quarterback to run his offense, and drafting Murray should start this relationship off on the right foot. The fact that Arizona hasn’t come out and said they are 100% sticking with Josh Rosen indicates they are at least open to going in another direction at quarterback.

Larry Fitzgerald is a legend still playing at a high level, and I believe 2018 second-round pick Christian Kirk was a steal in last year’s draft—which he started to show in 12 games as a rookie before breaking his foot. Especially for a team that’s going to rely on its offense to outscore opponents, they should add a reliable third member to the starting receiving group along with Fitz and Kirk. The draft could have options at the top of Arizona’s board early in Round 2, and free agency has some intriguing third receivers too.

Having the ultra-quick Kyler Murray at quarterback would help take some pressure off the offensive line, but you still want to make things easier on a young signal-caller. The Cardinals must add more strength and depth across the board on the offensive line, which will help protect the quarterback while opening lanes to get star running back David Johnson going again after a subpar 2018.

He played pretty well in the Super Bowl, but Marcus Peters struggled mightily during much of his first season with the Rams. Considering Peters has cost his team with penalties in the past and the fact that he’ll be looking for a big contract after this season, now is a good time to get some solid value for him in a trade. The Rams have had Peters in their building for a year, so they would know if he’s worth the $9+ million salary for 2019 or if that money would be better spent elsewhere on defense (like linebacker after the team released Mark Barron).

The Todd Gurley situation down the stretch during the Rams’ run to the Super Bowl was one of the most peculiar postseason storylines in some time. My guess is Gurley was dealing with an injury and it just wasn’t revealed like it should’ve been, but there’s some concern about him moving forward. Rams GM Les Snead said the team will monitor their superstar runner’s workload in 2019 and beyond and that they might need to find a Robin to Gurley’s Batman. Whether it’s C.J. Anderson (who is set to become a free agent), Malcolm Brown, or someone else (potentially another free agent or a rookie), the Rams should enter next season comfortable and confident with someone else handling the load when Gurley is off the field.

The Rams declined center John Sullivan’s option, and left guard Rodger Saffold is set to hit free agency, so there might be a couple of moving pieces on the offensive line in 2019. The play up front has helped allow Todd Gurley to run wild and Jared Goff to carve up defenses the past two seasons in Sean McVay’s offense, and some of the magic might be lost if there are cracks in the offensive line. Ideally, LA will be able to re-sign Saffold long-term.

The Niners might be comfortable heading into 2019 with a starting receiving group of Dante Pettis, Marquise Goodwin, and Taylor Trent along with the current on-roster depth pushing for starting roles behind them. But at the very least, the team must add more competition via free agency or the draft—if not going all-out for a No. 1 receiver in the first-round of the draft. Taking a receiver in this year’s class second overall would probably be unwise, but if the team trades back from No. 2 or trades up back into the first round, they could get their guy.

Offensively, the Niners are in a good spot with a promising offensive line, an All-Pro tight end in George Kittle, a deep group of running backs that’ll add Jerick McKinnon into the mix after he missed 2018 with a torn ACL, and a franchise quarterback returning to the lineup. San Francisco doesn’t need to spend big money on offense with Kyle Shanahan handling that side of the ball, but the defense could use more pieces. Safety in particular, ideally with a free agent or two from the best group available on the open market at the position that I can remember, could be upgraded with experienced players.

Trade one of your backup quarterbacks

The Niners were a case in point last year when they had to play third string quarterback Nick Mullens: you can never have too many starting-caliber quarterbacks on your roster. Before the season, C.J. Beathard looked locked into the backup role for the foreseeable future, but Mullens played pretty well when given an opportunity. Either one of them should be able to fetch a solid player or a mid-round pick in this year’s draft, so the Niners should consider trading one.

Russell Wilson’s contract expires after the season, but the Seahawks should try to lock him up now and end all the talk about him wanting to leave the franchise he helped win Super Bowl XLVIII. Just inquire about Wilson’s asking price, and if you don’t feel you should pay him for whatever reason, you have the franchise tag in your back pocket for next offseason.

David Moore averaged 17.1 yards per reception and scored five touchdowns in 2018. He played well as the primary “big” receiver on the outside for Seattle, but the team should still be proactive in adding to the group, especially with Doug Baldwin aging and battling injuries all throughout last season. The draft has a number of options in the first or second rounds for the Seahawks to target: D.K. Metcalf, Hakeem Butler, J.J. Arcega-Whiteside, and N’Keal Harry are all in the six-foot-three to six-foot-six range.

Many people were surprised the Seahawks made the postseason last season, and Pete Carroll and the coaching staff pushing competition was a big reason the team played well each week. After getting a taste of the playoffs, the young players on the roster must remain hungry as they look to keep their roles and make each other better throughout the offseason and summer leading up to Week 1.