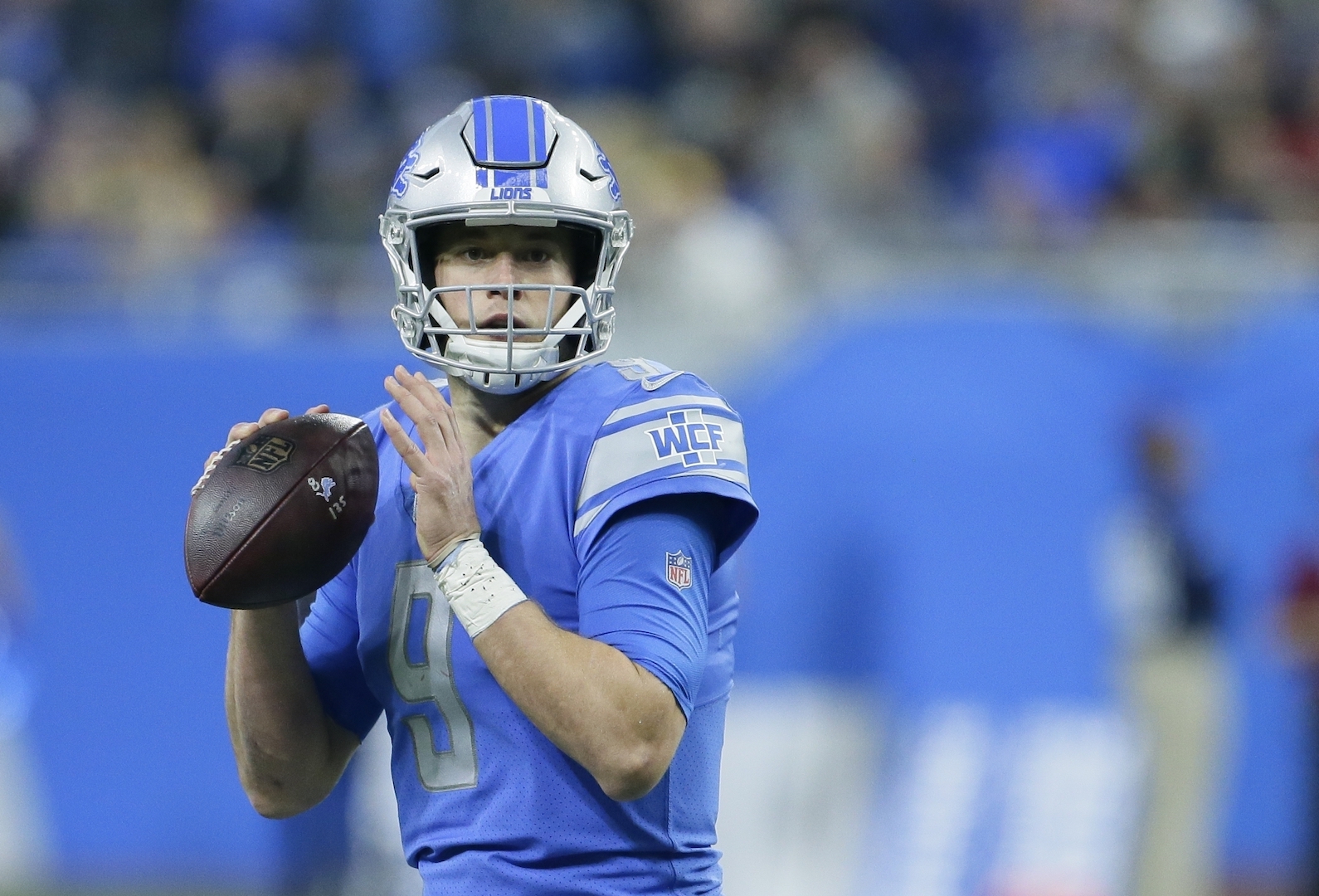 
Last week, I went over the quarterbacks with the quickest releases in football. Today, we’re moving toward a category that might be a little easier to measure: arm strength. Velocity versus distance is one component that varies for arm strength, as some guys can bomb a football down the field but might not throw it with as much pace as someone that doesn’t have quite as much distance on throws. But overall, these are the ten NFL quarterbacks I believe have the most arm strength entering 2019.

Nick Foles (and his high-arcing deep ball), Derek Carr, and Sam Bradford (who remains unsigned but otherwise would likely be on here) were among those closest to being ranked among the top-ten quarterbacks in terms of arm strength, but No. 1 pick Kyler Murray gets the slight nod. The Heisman Trophy winner is the smallest quarterback in the league in terms of stature, but he makes up for it with a live baseball arm that allows him to throw fireballs with a flick of the wrist.

Hopefully multiple injuries throughout his playing career—including back and knee injuries while in the NFL—don’t cause a decline in Carson Wentz’s overall body function, but his arm looked excellent at less than 100% last offseason and he again looks good coming off the back injury this year. Wentz doesn’t have one of the league’s quickest releases, but the balls get on his receivers quickly because of the velocity he throws with, and he can unleash deep passes with the best of them when he pulls the trigger.

Tom Brady will turn 42 this summer, but his TB12 Method and super-strict commitment to football has allowed him to not drop off as he ages—if anything, he seems to get better every year. Brady throws lasers to the short and intermediate parts of the field, and he’s shown he can still throw a deep ball 60+ yards down the field (and probably farther) when necessary. Great arm strength is an indication of Brady’s work ethic, as his supposed lack of physical skills is part of why he somehow lasted until the sixth round in 2000.

The shoulder injury to Cam Newton led to a down season for the former league MVP in terms of throwing the ball, but he’s expected to be back to 100% for 2019. I think Newton’s relatively long release sometimes makes passes to the outside seem to take longer to get to his receivers, but he throws with good velocity. Where Newton’s arm strength really shines is on deep passes and long throws down the seam; he’s among the NFL’s best in those two areas.

It took some time, and things didn’t look the same even into last season when he was back on the field, but Andrew Luck’s strength in his shoulder appears to have progressed with more reps. Luck is now completely over his shoulder issues and is back to having the cannon arm that’s a big part of his total package at the quarterback position. The Colts added more speed to their offense by selecting Ohio State receiver Parris Campbell in the second round, and Luck will likely have a bunch of opportunities to show off that arm this year.

The other players in the top ten have a case to be in the discussion, but this top five is probably a relative consensus. I’ll put Aaron Rodgers’ clueless Game of Thrones complaints to the side (real classy move to say that series creators David Benioff and Dan Weiss were maybe too focused on Star Wars after they let you on the show), but his arm strength has been a part of a number of memorable plays over the years, and his ability to throw the ball with a ton of velocity from anywhere behind the line of scrimmage is a plus.

The golden arm of Matthew Stafford is a big reason he was taken No. 1 overall out of Georgia back in 2009, and that natural talent has not diminished after a decade in the NFL. Stafford fits balls in on the sideline and to other areas of the field against zone defenses, as he throws the ball with so much velocity that defensive backs struggle to react in time. And in terms of throwing distance, Stafford is probably right there among the top few quarterbacks.

Former Super Bowl MVP Joe Flacco’s arm strength probably doesn’t get enough recognition because his Ravens teams haven’t thrown the ball around as much as some of the other offenses around the league, but he can air it out like a Nerf football when he has a clean pocket and can get rhythm into the throw. Also, Flacco throws with velocity that can be compared to the top two guys on the list.

This Patrick Mahomes vs. Josh Allen arm strength debate is one that actually might be settled next offseason if the two young franchise quarterbacks have a throw-off, but I think Mahomes is clearly (but slightly) behind Allen. Still, Mahomes can throw the ball over 80 yards, which is simply insane, and he darts slants with top-notch pace.

Bills quarterback Josh Allen gets the nod for most arm strength in the NFL, and most average fans will come to appreciate the rocket arm this season. He displayed his throwing ability at Wyoming and during his first NFL season in Buffalo, with piercing throws through a defense as well as effortless throws that can go from his own 20-yard line to the end zone like nothing. Allen probably thinks it’d just be a fun thing to do, but he was the one that initially suggested a throw-off with Mahomes, indicating confidence that he’d win it.