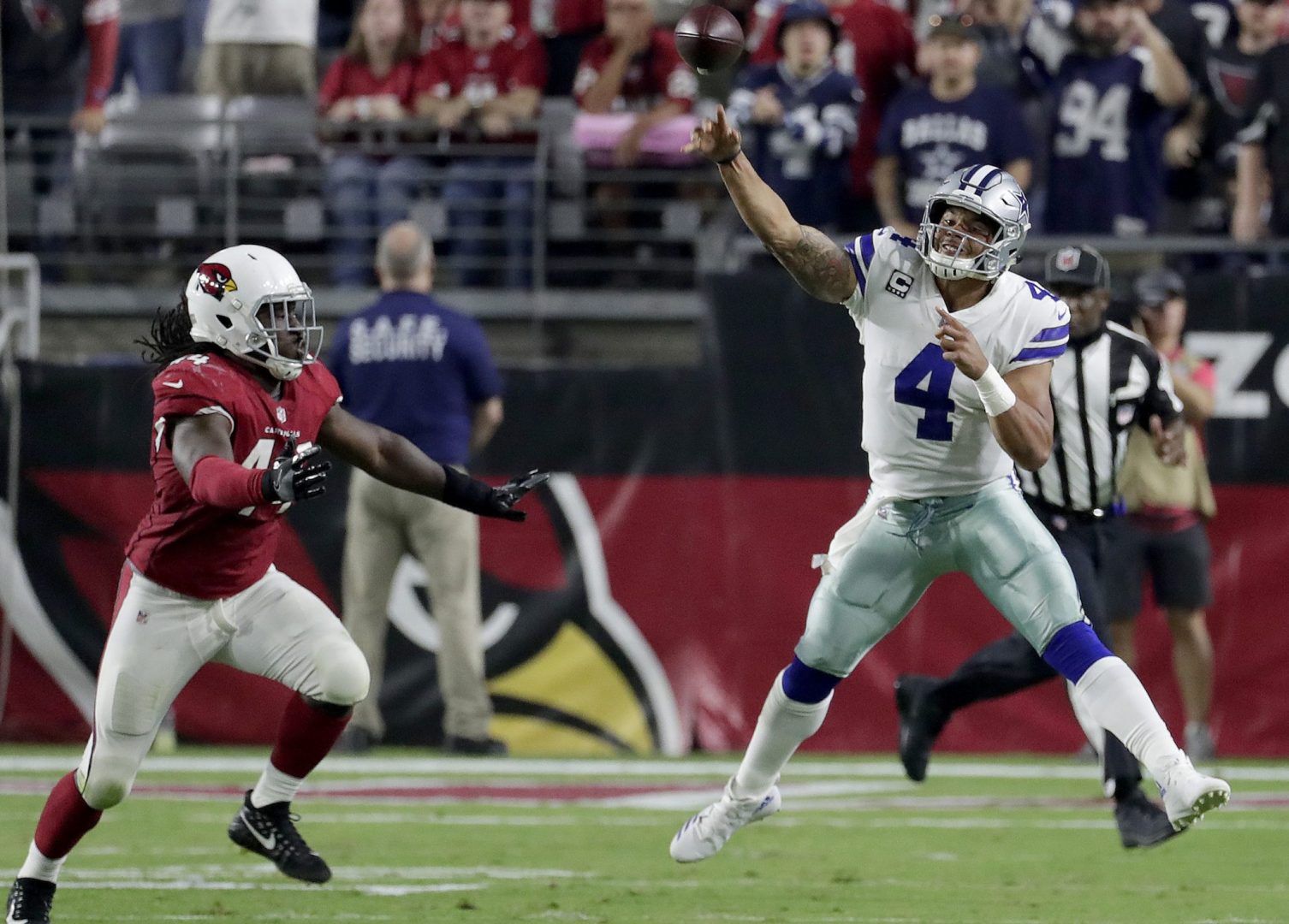 
The 2020 NFL offseason has a chance to be one of the craziest ever, and it starts with the quarterbacks. When you throw in the rookies, we could see a musical chairs of sorts where some guys miss out on starting roles, but this is where I see the top quarterback free agents landing after the start of the new league year next Wednesday.

Tom Brady has shown support for former teammate Antonio Brown despite the talented receiver’s issues, but it was still a bit surprising to see him show more love on Twitter with a recent post. With some likely leverage as an unrestricted free agent, might Brady demand that Brown—who burned bridges with owner Robert Kraft—be brought back to the Patriots? Regardless, it would just be so weird if Brady suits up for another team, and there’s something about being able to play for one franchise for an entire career, which Brady can do if he wants. That said, these are the most likely destinations for Brady if he does leave New England, in my opinion.

I believe Mariota will land with either the Patriots or the Raiders, but Las Vegas gives him the best path to quick playing time assuming Brady returns to the Pats. There’s already reported interest in Mariota from the Raiders, and the former Heisman Trophy winner had a huge fan in Jon Gruden ahead of the 2015 draft (comparing him to a six-foot-four Russell Wilson), while general manager Mike Mayock had him ranked ahead of Jameis Winston when most in the media had Winston as the No. 1 quarterback. Gruden probably sees an experienced-but-young starting quarterback that has not had his talents fully unleashed in the NFL yet. Mariota to the Raiders is an easy fit.

The only way Dak Prescott does not return to the Cowboys is probably if Dallas is a darkhorse to sign Brady and pulls it off. If Dak and the franchise cannot agree to a long-term deal, he’ll obviously get franchise tagged so that he won’t go anywhere in 2020. If the new collective bargaining agreement is ratified by the players, it might help the two sides get a long-term deal done. Prescott signing with any other team would be a sign of the wildest offseason in league history.

Teddy Bridgewater is a great story, as he probably still would be the starting quarterback in Minnesota if not for his freak knee injury in practice a few years ago, but he’s worked his way into a position to where he should get a starting job this offseason. It’s difficult to see Bridgewater going to his hometown Miami as a likely bridge option after already turning them down last year, and the options could be limited if incumbents re-sign in a handful of places. However, the Chargers might be the ideal spot after acquiring Pro Bowl guard Trai Turner for left tackle Russell Okung, which may signal the team expects to draft a tackle over a quarterback at No. 6 in next month’s draft. Bridgewater throwing to Keenan Allen, Mike Williams, Austin Ekeler, and potentially Hunter Henry and Melvin Gordon—behind an improved offensive line—while avoiding mistakes and playing to a potential top-tier defense could be a great recipe for Los Angeles.

Brady is thought of as a serious option for the Titans, and the fact that he basically needs to keep getting mentioned as a possibility indicates how critical his decision is for the rest of the teams and quarterbacks in the free-agent mix. Assuming Brady does stay with the Patriots, Ryan Tannehill will almost certainly be back as Tennessee’s starter after an ultra-efficient season while playing off league-leading rusher Derrick Henry to hit huge play-action passes to A.J. Brown and company.

It’s seen as somewhat of a foregone conclusion that Philip Rivers will sign with the Colts, and that’s what I’m predicting here. But keep in mind that Indianapolis was 5-2 before Jacoby Brissett’s knee injury last season—the team dealt with injuries on offense, and star linebacker Darius Leonard might have encapsulated the locker room’s thinking when he asserted his belief in Brissett. It is easy to connect the dots for Rivers to Indy, though, and the veteran quarterback won’t be looking to break the bank if it means landing in the right situation like with Frank Reich and the Colts.

I wouldn’t count out the Bucs landing the signal-caller they want, as it must be enticing for quarterbacks to play for Bruce Arians in an offense stacked with talent like Chris Godwin, Mike Evans, and O.J. Howard. However, I don’t expect Jameis Winston to have a booming market, in which case he might return to Tampa Bay on a deal that’s much less than some people expect him to receive. Winston might get yet another opportunity to show he can limit the turnovers after throwing 30 interceptions in 2019, but he’d likely have to beat out a rookie quarterback in camp.