WOLF SPORTS ALERT Initial 2022 fantasy projections are complete; we are working on displaying them in a new sortable table with standard, half PPR, and PPR toggles.
Home / frontnfl / 2021 NFL Power Rankings: Championship Sunday 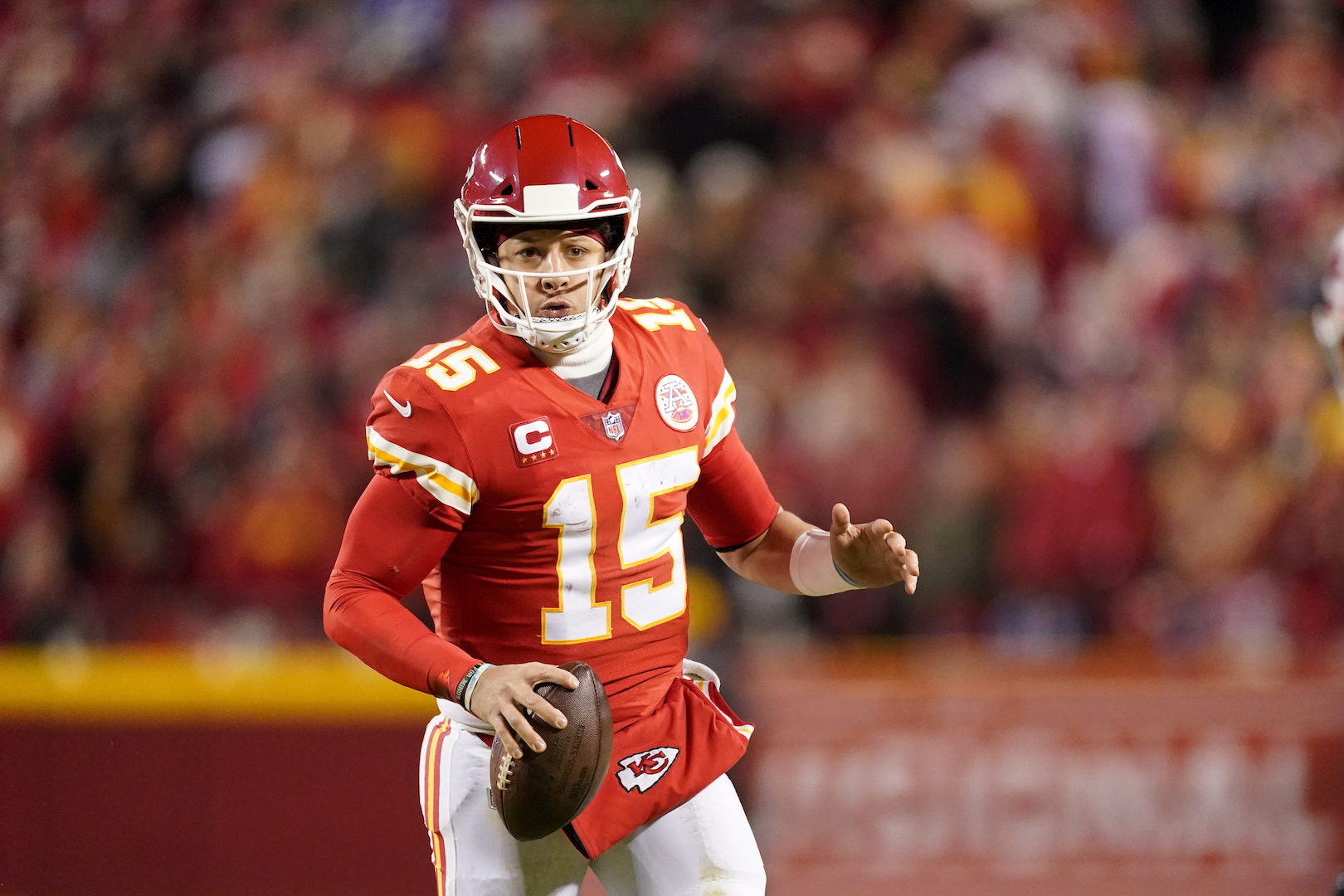 
As stated on The Wolf Sports Show (Apple, Spotify, Google Podcasts) last week, the hope was that the Divisional Round would make up for a relatively disappointing Wild Card Weekend. Thankfully, just that happened, as we had four walk-off games to determine the final four remaining squads. The oddsmakers like the Chiefs and the Rams to meet in Super Bowl LVI, but are they the clear No. 1 and No. 2 in the NFL power rankings ahead of Championship Sunday?

The Chiefs have proven almost impossible to beat at Arrowhead in January over the past few years, and again they had some breaks go their way (like winning the overtime coin toss) to win in improbable fashion by getting in position for a game-tying field goal despite falling behind with just 13 seconds in regulation. With a quarterback like Patrick Mahomes playing in an Andy Reid offense with guys like Travis Kelce and Tyreek Hill to throw to—behind one of the NFL’s best home crowds helping spark the defense—it’s the perfect storm for exceptional success and domination within the AFC.

The feeling of the 49ers as almost a team of destiny continued over the weekend, knocking off the NFC’s top seed. He might not put up enormous passing numbers, but the bottom line is that Jimmy Garoppolo has gotten the job done when he’s been on the field since joining San Francisco. Jimmy G’s pinpoint over-the-middle passes with his quick release are key in Deebo Samuel, George Kittle, and company doing damage after the catch—and Garoppolo has come up clutch at the end of games. We’ll see if Niners fans can take over SoFi Stadium again with a Super Bowl berth on the line this Sunday evening.

They ultimately were able to hold on and win, but the Rams giving up late leads (as they did to the 49ers in Week 18) is a problem, especially with the team they might play if they advance to Super Bowl LVI. But Sean McVay’s offense is on a roll, protecting Matthew Stafford and getting guys wide open. McVay will need to work that magic again facing a San Fran squad the Rams haven’t beaten in their last six tries. Again, look for the pass rush of Los Angeles to be key as they attempt to get over the hump versus the division rival.

As stated above, it takes just about everything to beat the Chiefs on the road in the playoffs, so the Bengals face an incredibly difficult task as they look to pull off the upset and advance to the Super Bowl. However, it’s clear how confident and fearless Cincinnati is after knocking off Tennessee despite giving up nine sacks. Ja’Marr Chase (266 yards, three touchdowns) and company will look to try to be too much for Kansas City’s defense. And I still think Joe Mixon and the run game need to have a huge game at some point to win it all—the time for that might be this Sunday.

Especially with the top two seeds getting knocked out on the other side of the bracket, the Divisional Round matchup between the Bills and the Chiefs felt like a Super Bowl type of game—obviously, anything can happen with the final four teams, but the winner of Buffalo-KC was going to be the clear favorite to win a title. I can’t wrap my head around the defensive strategy with 13 seconds remaining, and it’s unfortunately one Buffalo will be thinking about for years. The revisionist history (where people claim Josh Allen was “bad”, “awful”, etc. in his first two years in the league when he was not) is somewhat nauseating, but the superstar quarterback played about as well as possible in two postseason games and has made his doubters and harsh critics look like absolute fools. It’s just a shame for Allen and the Bills, as this felt like a team built to win it all this season, and you never know if they’ll have another team this good again.

I said last week how I was worried about the Buccaneers facing the Rams, and I thought that Tampa Bay and Green Bay drew their toughest matchups in the Divisional Round despite winning the top two seeds in the NFC. It was evident why I felt that was the case, with the Rams pass rush getting pressure on Tom Brady to help build a massive lead. Of course, Brady and his team battled back and appeared set to force overtime before a couple of defensive lapses helped the Rams get into field goal range to avoid overtime—it’s a difficult pill to swallow for the defending champs. There’s now a lot of talk about Brady potentially retiring this offseason, and it does seem more real this year due to the influence of family, but I don’t think we’ve seen the last of the G.O.A.T. on the field. Oh, and the officiating against the Bucs last week was atrocious in my opinion, and it might have cost them in the close loss.

The difficult draw in facing the Niners in the Divisional Round sends the Packers home without a playoff victory. Green Bay started off hot and looked to be in excellent shape after the first drive on Saturday night, but the offense stalled in a major way over the final three-plus quarters—and it was somewhat overshadowed by giving up ten points on special teams (a blocked field goal and a blocked punt returned for a touchdown). Now, the Packers are trying to maintain Aaron Rodgers (and Davante Adams, though they appear poised to franchise tag him) at quarterback and give it another go in 2022. Matt LaFleur says he had a long conversation with Rodgers about how to keep him on the team. I think Green Bay needs to add a second receiver that can easily win one-on-one situations to help when Adams is consistently doubled.

Ryan Tannehill’s three interceptions—particularly the one to start the game and the one on the final offensive play for the Titans—were very costly; and, while Tannehill has played very well with great efficiency when Derrick Henry has been on the field the past few years, I would not be shocked if Mike Vrabel’s team is in the market for a quarterback this offseason. Tennessee is built to win right now, with strong play on both lines and plenty of star power on both sides of the ball. Overall, this was a promising year for the Titans, and they can still do battle with the AFC’s top teams if Derrick Henry is at 100% and going off as he often has late in seasons—if they avoid turnovers.