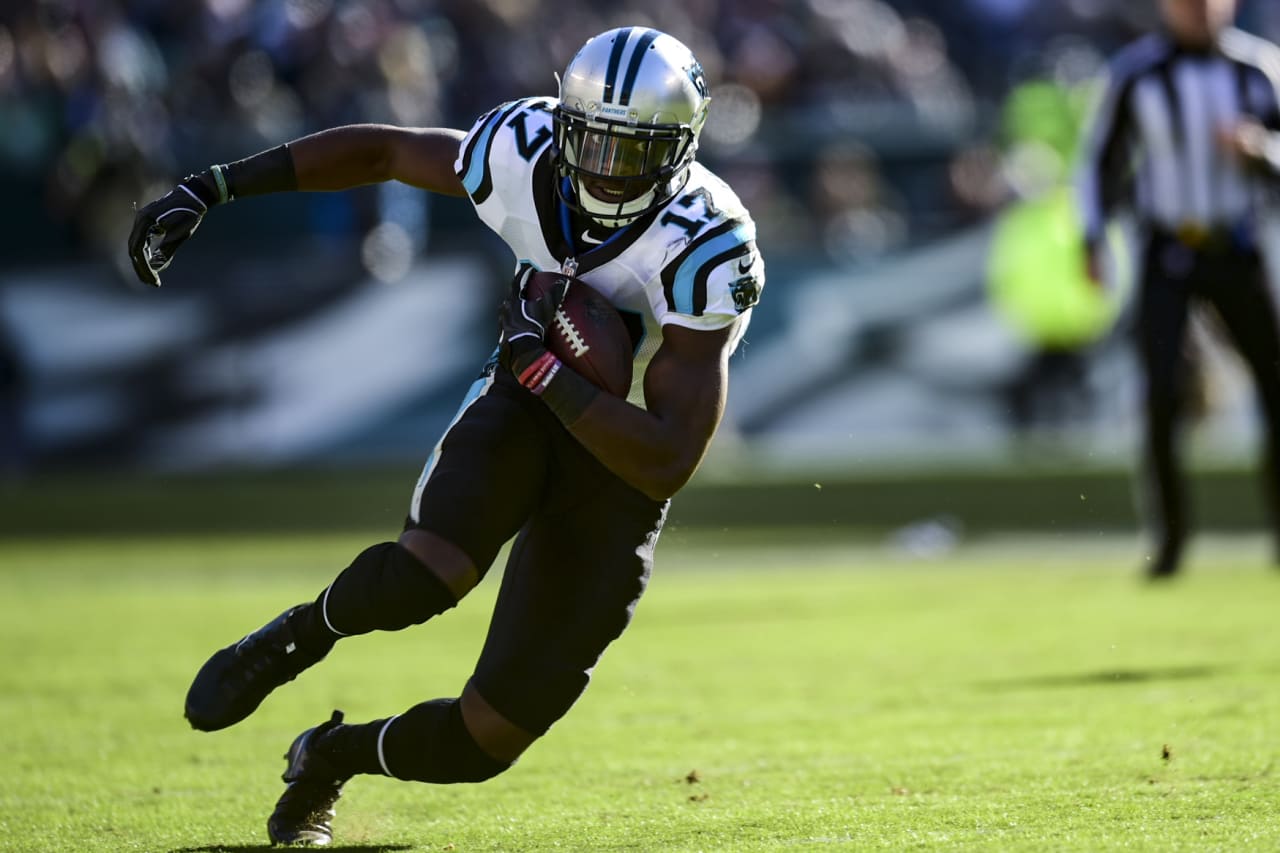 
If you missed the best team fits for the top free agent quarterbacks and running backs, you can check that out here. As stated yesterday, these are not predictions, but simply ideal fits for players set to hit the open market on March 13.

There probably isn’t a bigger John Brown fan in the world than Bruce Arians, and a trio of Mike Evans, Chris Godwin, and “Smokey” would instantly have an argument as the best in the league. Brown had a 65/1,003/7 line under Arians in 2015, and his speed hasn’t gone anywhere coming off a 2018 campaign in which he averaged 17.0 yards per reception and was on pace for a career-high 1,068 yards with Joe Flacco under center for nine games.

It seemed like Phillip Dorsett made plays for New England whenever given an opportunity over the past two years, and the stats back up that assumption, as he tied James White (73.3%) for the best catch rate on the team over that span, besting Julian Edelman (68.5%), Rob Gronkowski (65.5%), and Chris Hogan (60.5%). Dorsett may not ever develop into a No. 1 receiver that will be the focal point of a passing attack, but he’s a great complimentary piece for the Patriots (or anyone that signs him).

Because of the quality of big-bodied receivers in the 2019 NFL Draft, we might see Devin Funchess struggle to get paid in free agency. If so, he should consider taking a one-year deal to re-establish his value by catching passes from Andrew Luck. The Michigan product won’t turn 25 until May, and he would give Frank Reich’s offense another weapon in the red zone while taking some pressure off T.Y. Hilton.

Will the Ravens continue targeting veteran receivers under promoted general manager Eric DeCosta? Perhaps not if they want to build an offensive core that can grow with Lamar Jackson, but Baltimore might see value in the toughness and reliability of Golden Tate to help bring the young signal-caller along. If the team views Tate’s championship/big-game experience as a clear upgrade in the slot, they can easily move on from Willie Snead despite a solid season last year.

Dallas basically has their entire offensive core in place with Dak Prescott at quarterback, Ezekiel Elliott at running back, Amari Cooper and Michael Gallup on the outside at receiver, and the elite offensive line protecting them; but Cole Beasley is a free agent, and a more explosive option in the slot could really elevate the personnel. Randall Cobb—who won’t turn 29 until late August—has had a few big games against the Cowboys, including lines of 8/116 and 7/62 in the playoffs (both Green Bay wins). The draft looks to have quality slot options like Hunter Renfrow and Andy Isabella, but Jason Garrett might push for an option that doesn’t need to be developed.

The Lions were a mess at receiver after trading Golden Tate last year, as Marvin Jones injured his knee a couple weeks later, leaving mostly unproven options behind Kenny Golladay at the position. Adam Humphries could step right into Tate’s old role as a security blanket in the slot following a breakout season in which he caught 76 passes for 816 yards and five touchdowns playing on a stacked Tampa Bay offense. I think a trio of Golladay-Jones-Humphries with Kerryon Johnson in the backfield would allow Detroit to give Matthew Stafford a fair evaluation before potentially making a move for a signal-caller in 2020.

I highly doubt the Eagles count on Mack Hollins to get healthy and make a leap as their No. 3 receiver next season, as Howie Roseman will do whatever he can to prove the franchise right for sticking with Carson Wentz. That means heavy investment on offense, and Tyrell Williams is a former 1,000-yard receiver that can stretch the field and just turned 27 today. Signing Williams wouldn’t preclude Philly from drafting a receiver with Nelson Agholor entering the final year of his rookie deal.

Jacksonville has a wide-open depth chart at tight end, and I don’t think they will hesitate to shell out significant money to a soon-to-be 32-year-old that’s coming off the most productive season of his career. On the field, Oakland probably remains a better fit for 2019, but I think the future Vegas franchise would rather develop a young player at the position. Cook is still very explosive and would be a good compliment to Marqise Lee, Dede Westbrook, and D.J. Chark.

I think the Cardinals might end up taking Oklahoma’s Kyler Murray with the No. 1 overall pick in a couple months, but no matter what happens atop the draft, Arizona is going to be starting a young quarterback next fall; and a touchdown machine (when healthy) would make things a lot easier for Murray or Josh Rosen in the red zone. Injuries have unfortunately derailed Tyler Eifert’s career since a 13-touchdown season in 2015, but this would be a low-risk gamble for Kliff Kingsbury’s offense.

I think the Bills are a definite candidate to draft a top-level tight end in a good class, but James gives them a fallback option a month before in free agency, and at worst, he would be an excellent No. 2 tight end like he was in Pittsburgh. The former fifth-round pick averaged a career-high 14.1 yards per reception last season as he split time with Vance McDonald. At six-foot-seven, Josh Allen should benefit from James’ large catch radius down the seam and in scoring territory.