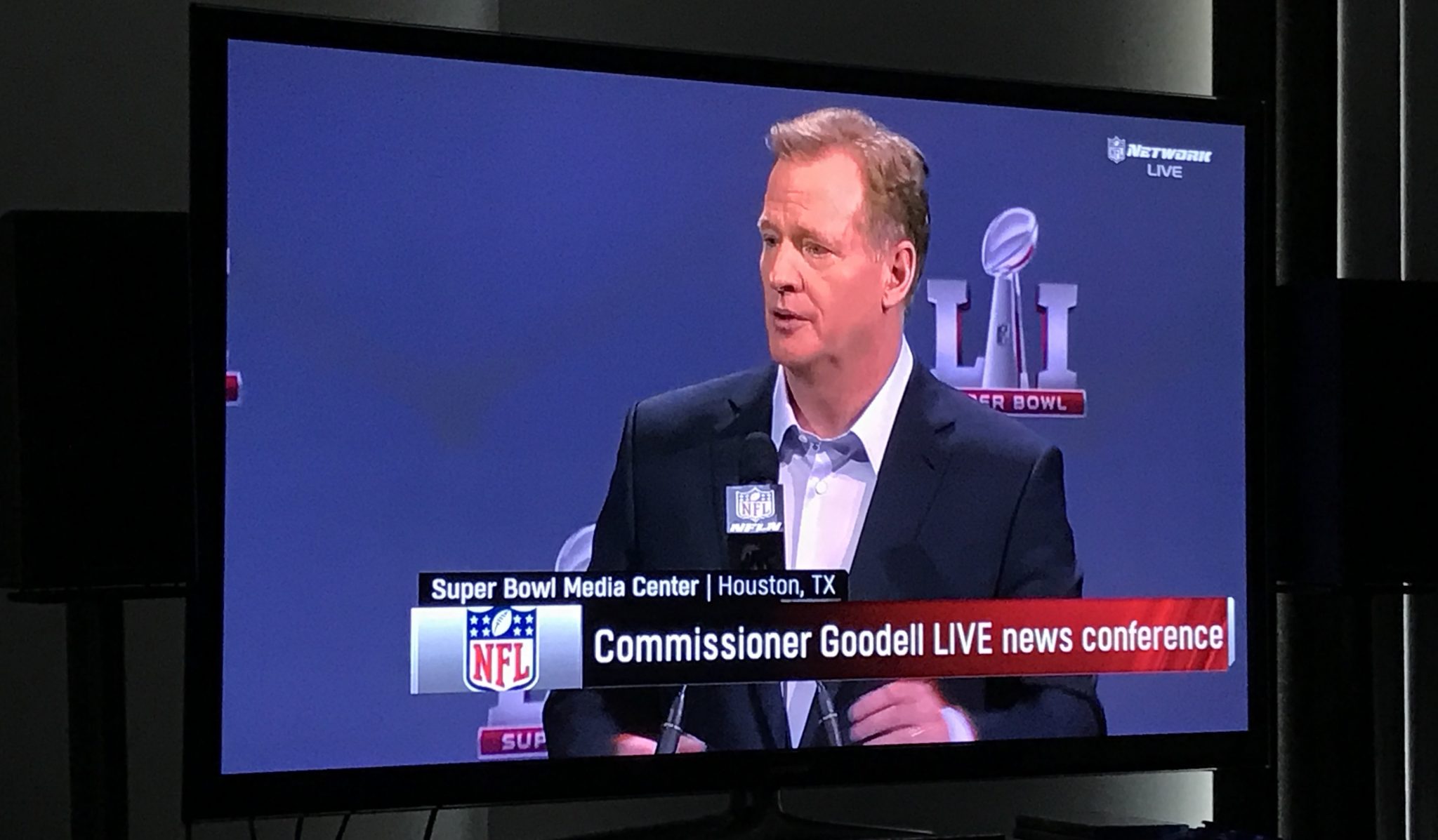 Commissioner Goodell Says The NFL Was Transparent About Deflategate


NFL Commissioner Roger Goodell had his Super Bowl press conference in Houston today, and he was asked a few questions about Deflategate.

Goodell said he was moving on from Deflategate and that the NFL is “comfortable with the process, the decision.”

The Commissioner was asked about regaining trust from people after so many have come to distrust him for his handling of Deflategate, and Goodell responded:

The thing you have to do every day is earn that trust, earn that credibility; and it’s by how you act and how you do things—being transparent, making sure people understand the decisions you make.

The NFL was the opposite of transparent with Deflategate.

After they went on their witch hunt—which is exactly what it was—the NFL did nothing to make anyone that closely and unbiasedly followed the situation believe that the NFL was right in their actions to penalize Tom Brady and the Patriots.

Last season, the NFL took measurements of the air pressure (measured in PSI) of footballs during games. If the NFL was truly transparent, they would have released the measurements to the public.

Of course, the NFL and Roger Goodell decided against releasing the information about the PSI in footballs, because it would have proven that Brady and the Patriots were innocent. According to the Ideal Gas Law, air pressure will naturally drop in footballs when exposed to weather.

A twelve-year-old in Massachusetts proved that air pressure drops in footballs when exposed to “humidity, cold, snow, wind chill.”

But the NFL first decided to ignore the Ideal Gas Law, then they obviously ignored their own measurements from the season following Deflategate and proceeded to try—and succeed—at getting Brady suspended for four games.

If the NFL was truly transparent, the public would have access to the PSI readings from their measurements during the 2015 season.

Instead, people have no choice but to distrust the NFL for what they did to one of the greatest and classiest players in the history of their great game.