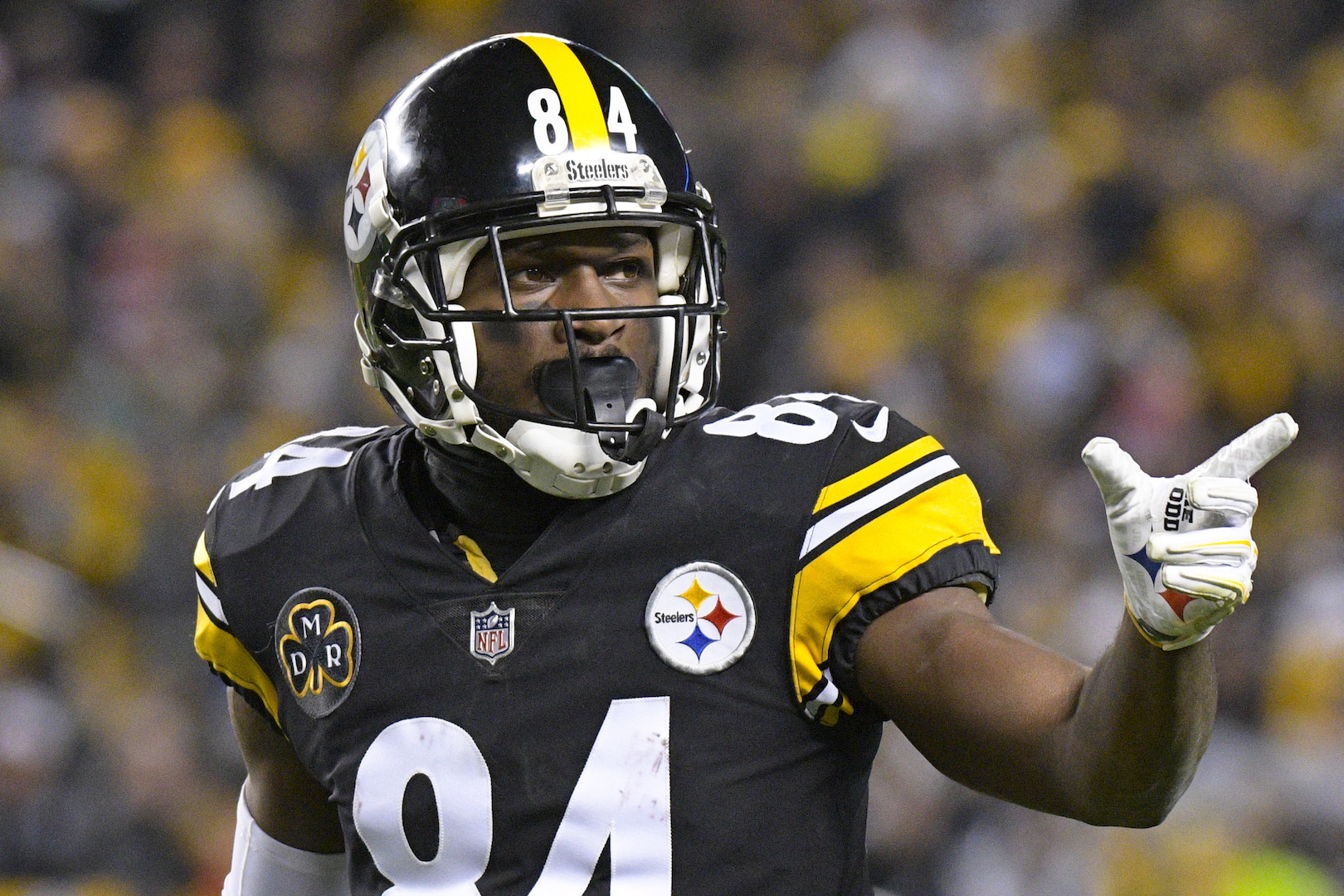 
Yesterday, I ranked the best landing spots for Antonio Brown if the Steelers deal him as expected in the coming weeks, but what would the potential compensation look like? Here are some packages that Pittsburgh could see in return for the All-Pro receiver.

I don’t think the Bills would do this because they have holes to fill everywhere on offense and are already short on draft capital, but Brown showed no signs of slowing down in his age-30 campaign, and enough free agents might be willing to play in Buffalo due to the excitement Josh Allen brought this season. With the second-rounder, the Steelers would get a chance to add an impact player in what looks like a strong draft class for Day 2, and in 2020, they could use the third as ammunition for a quarterback if Mason Rudolph doesn’t show enough to be the long-term answer.

There is no chance the Jets would send the No. 3 overall pick to Pittsburgh, so their top pick in 2020 would have to get it done for this to work (since there isn’t much else to offer in 2019 due to last year’s move from No. 6 to No. 3). New York probably feels getting one of the league’s best weapons would be enough to boost Sam Darnold’s game—in turn, boosting the team into contention; and for the Steelers, they have a strong enough roster to wait a couple years for a blue-chip talent.

As stated yesterday, the Eagles will likely want to prove Carson Wentz is “the guy” once they lose Nick Foles via trade or free agency, and it wouldn’t get much better than a core of AB, Zach Ertz, and Alshon Jeffery. On the other end of this in-state swap, Nelson Agholor—an ultra talent that has proven himself in big games, including Super Bowl LII—would form a promising young trio with JuJu Smith-Schuster and James Washington, not to mention James Conner in the backfield.

There probably isn’t a trade that makes more sense, as Oakland has three first-round picks at their disposal, and Pittsburgh would obviously love to add a Day 1 prospect to help them chase a championship next year. If Jon Gruden can keep Brown happy, the Raiders wouldn’t be able to do better than a haul of AB, a standout defender (No. 4 overall), and another promising talent (No. 24 overall) with their three first-round picks.

San Francisco looks set to add another impact defensive lineman in April, so Solomon Thomas could be expendable despite being the No. 3 overall pick in the 2017 NFL Draft. Getting an All-Pro receiver in return for Thomas—who would probably be a better fit as a 3-4 defensive end rather than the 4-3 edge he is with the Niners—is probably easier to swallow for general manager John Lynch. And while Pittsburgh is already stacked up front, a 49ers-Steelers trade probably needs to get creative to work out. Would another team be willing to help out in a rare three-team deal?