Home / frontnfl / He’s Back: The Return of Tom Brady 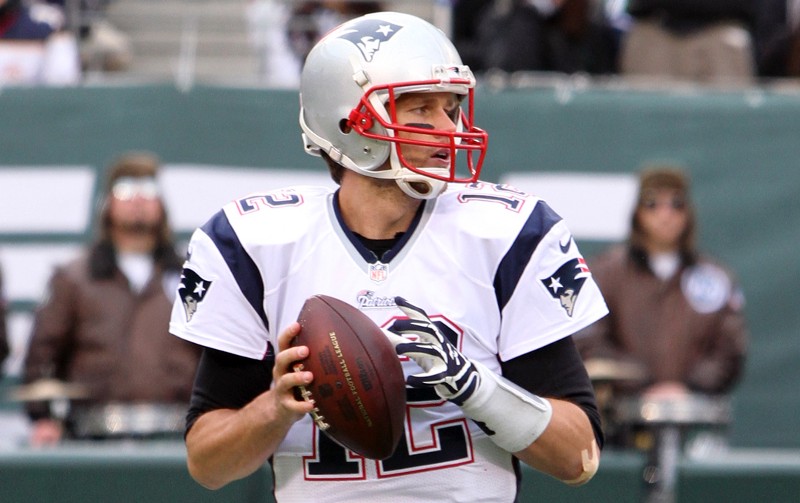 He’s Back: The Return of Tom Brady

Today, Tom Brady returned to his team after being separated from them — unjustly — for the first four weeks of the season.

The Patriots did very well without Brady, thanks in large part to the fact that they have the best coach in the league and a great staff overall. They were 3–0 until their surprising loss in Foxborough to the Bills yesterday. Now, they get the best quarterback in the league back. And there will be no stopping him.

The NFLPA announced yesterday that it would not be pursuing the Brady case any further (meaning they won’t try to take it to the Supreme Court and Deflategate is over). Brady himself seems to have done a good job of putting the whole thing behind him. During his suspension, he was an honorary captain for Michigan — his alma mater — in their September 17th game against Colorado, showed support for his team with posts from the “TB Times”, and dropped in on a video call with Ben Affleck and Matt Damon for a good cause. Everything seems to be fine on the surface.

But make no mistake — Brady is back and he’s taking names.

Right when Deflategate happened, millions of people were against Tom Brady. “Oh he deflates the footballs. That’s why he’s so good.” They didn’t take into account the Ideal Gas Law or any of the other facts — they didn’t want to.

Then two weeks later, with perfectly inflated footballs, he won his fourth Super Bowl over the Seattle Seahawks, living up to his nickname from his University of Michigan days, “The Comeback Kid.” Still, millions of people listened to the media and wanted Brady to be suspended.

Now, Brady gets the chance to shut them all up. And he will.

Tom Brady is always motivated. He is a machine about what he puts in his body. He never had caffeine and stays away from processed foods, among other things. The man eats avocado ice cream, for crying out loud. You don’t become one of the greatest athletes ever by accident. If you ask him, he would probably tell you he’s always motivated. That doesn’t mean the chip on his shoulder didn’t get bigger…a lot bigger.

The Commissioner and the NFL smeared Brady about as bad as you can smear someone. The media, for the most part, did him no favors by calling him a liar with no basis. You don’t think Brady heard all that noise?

You think Tom Brady is going to let that go?

He will return this Sunday against the Cleveland Browns and destroy anything and everything in his path that stands in the way of his fifth Super Bowl win, starting with Cleveland.

The Patriots will probably go 12–0. Brady will probably throw about 30–35 touchdowns, with only a few interceptions, and take home the NFL MVP award.

Then, he and his team will keep it going throughout the playoffs and win a fifth Super Bowl. Brady will snatch the Lombardi Trophy from the Commissioner’s hands and hold it up for the world to see.

He’ll enjoy the moment. He’ll enjoy looking back on the process of battling with his team to achieve the ultimate goal. He’ll enjoy proving everyone wrong again. But in the back of his mind, Brady will be thinking about one thing.