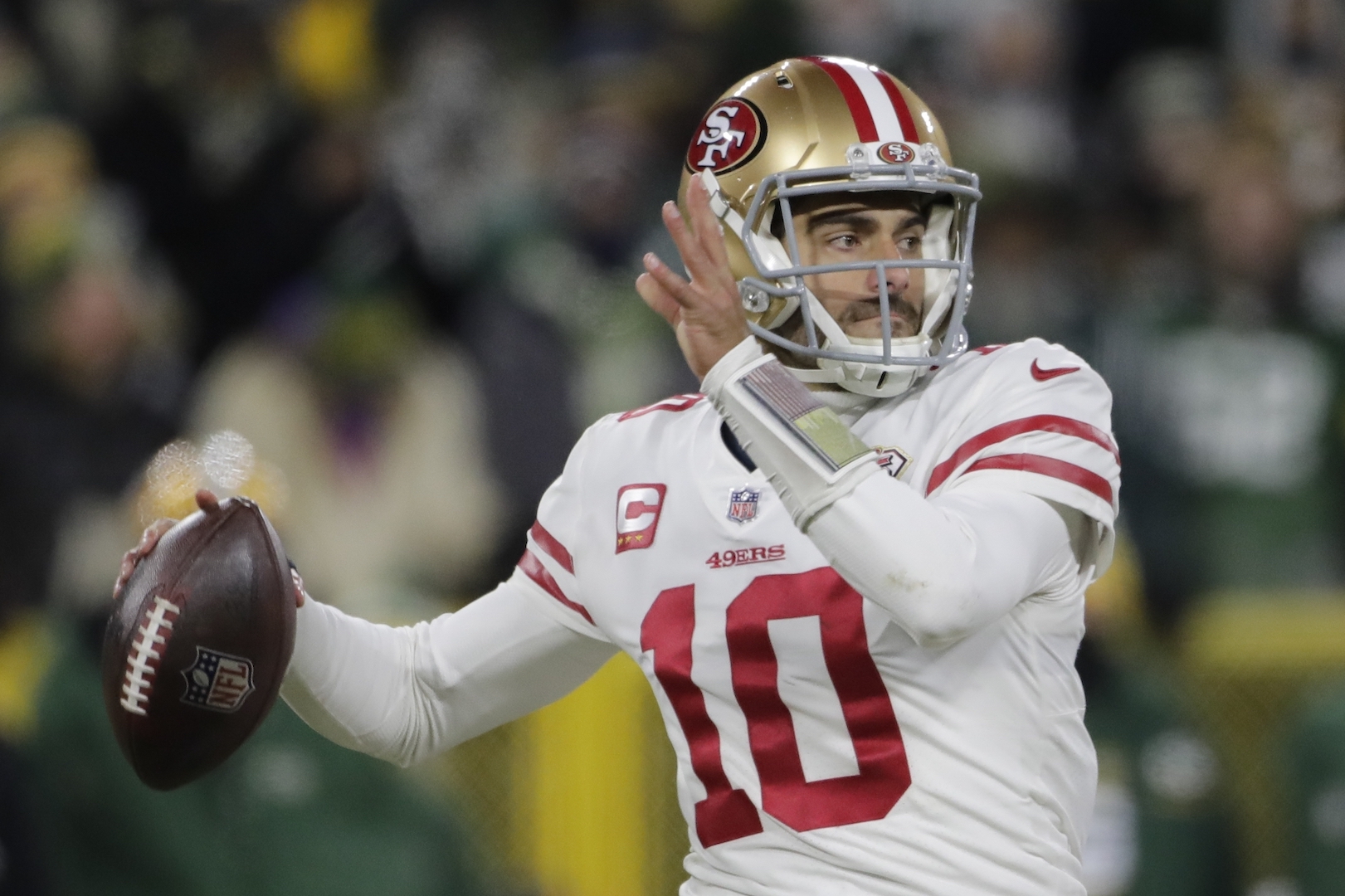 
There are a bunch of big storylines and moves to track for the upcoming NFL offseason, and the status of 49ers quarterback Jimmy Garoppolo is one of the biggest things to watch. Garoppolo gets a ton of misguided criticism, but a guy with a 37-16 career record (including playoffs) is going to be in demand. San Francisco is going to trade their former starter to a good situation, and these five teams are the best potential fits for the 30-year-old quarterback.

While the Niners are going to work with Garoppolo to find him a good landing spot, they might prefer to trade him out of the conference—and the Steelers are a natural fit anyway given that they are obviously a franchise that fits Jimmy G’s description of wanting to win. Judging from reports from the Senior Bowl practices this week, the Steelers are high on Liberty quarterback Malik Willis in this year’s draft. Pairing Garoppolo with Willis would likely make it a smoother transition in the post-Ben-Roethlisberger era in Pittsburgh.

Despite surprisingly losing Tom Brady to retirement, Bruce Arians and the Buccaneers are in a spot to still compete right now, and they are not interested in undergoing a big rebuild, especially while playing in an NFC conference that appears much weaker than the AFC as things stand. No one even comes close to the G.O.A.T., but Garoppolo does have a similar skill set to Brady, and he’ll also bring leadership qualities that Tampa Bay will be missing without TB12. I feel like Pittsburgh and Tampa Bay might be the two spots for Garoppolo and upcoming free agent Marcus Mariota to land this offseason, but we’ll see.

The Panthers are a major wild-card squad when it comes to quarterback in the coming months. Matt Rhule has been very clear that he is looking for an elite franchise quarterback, and the team has been aggressive in trying to make that happen. Maybe Carolina will give Sam Darnold, who is still just 24 years old (25 in June), another shot in 2022, but it feels like they might prefer to go in another direction after last year. I could just see Rhule liking that Garoppolo has won games throughout his career, and the veteran quarterback’s usage—playing to a high-upside defense and an offensive attack centered around Christian McCaffrey—could lead to similar success with the Panthers.

My first time typing out Washington Commanders in an article; I think it works pretty well. The feeling is that the Commanders are looking to make a huge splash at quarterback this offseason. However, with Russell Wilson looking unavailable, Deshaun Watson’s situation still being in flux (and Ron Rivera might not even want him given the off-field stuff), and Aaron Rodgers seeming unlikely for them, Jimmy G might be their best realistic option for 2022. Again, don’t discount the success Garoppolo has had when it comes to winning games. Teams will be interested.

Finally, I would think this is the least likely team that might be in on Garoppolo, as Derek Carr is under contract, has been very good these past few years, and should be a fit in Josh McDaniels’ offense. That said, the familiarity McDaniels has with Garoppolo from their time in New England together should not be counted out. As McDaniels looks to build things in Vegas, it would not be a surprise if he were to go with Jimmy G if he really likes him and the familiarity he would bring as the offense is implemented—Garoppolo being versed in the offense would help his teammates get up to speed quicker as a unit. The Raiders could then trade Carr to another team looking for a starter, likely coming out ahead overall despite having to send compensation to the 49ers for Garoppolo.