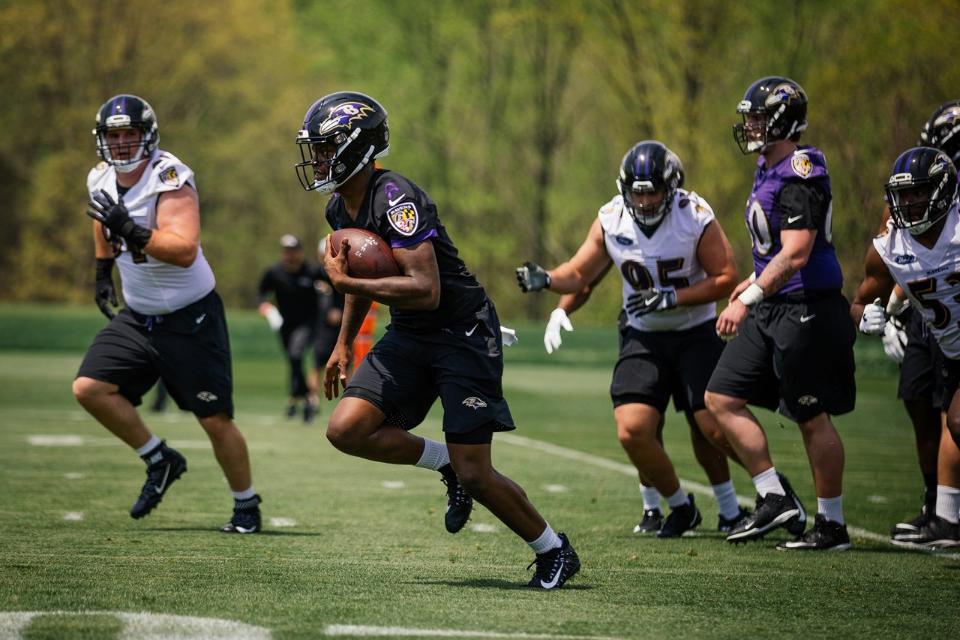 
The five first-round quarterbacks selected in this year’s draft figure to be potential franchise cornerstones for the teams that drafted them. More often than not in recent years, quarterbacks that are drafted high find their way onto the field during their rookie season. It’s still early with a lot of time until the start of the regular season, but which possible quarterback competitions involving rookies are legitimate?

I know all talk from head coach Hue Jackson and the Browns has been that Tyrod Taylor will be the team’s starter in 2018. And I like Taylor, so this isn’t a knock on him. But clearly, the Browns are in love with Mayfield after surprising most people by taking him first overall, so there’s a good chance that love is enough that they believe he’s too good to keep off the field. The reigning Heisman Trophy winner had a lot of experience in college, and he has the mentality to step up and play immediately in the NFL. I believe it’s more probable than not that Mayfield is under center Week 1.

While the Browns got their guy with the first pick, the Jets probably got the top quarterback on their board with Sam Darnold. The team’s war room looked ecstatic when they made the selection, and Jets CEO Christopher Johnson said he believes getting Darnold will be “the moment that the Jets shifted into a new gear and became a great team.” Josh McCown or Teddy Bridgewater could certainly win the job, but the 21-year-old Darnold (in June) might be thrown right in if he’s ready.

For every team that drafted a rookie quarterback, I like the starter they previously had in place, so that includes A.J. McCarron. When given opportunities in Cincinnati, McCarron played well for the Bengals. However, the Bills didn’t seem particularly aggressive in targeting him in free agency, and their plan might have been to have their rookie quarterback play right away. Josh Allen is going to need real reps in practice and games to progress, and I think he’ll get the nod for Buffalo as the team’s immediate starter.

As a passer, Josh Rosen is probably as ready to play in Week 1 as any of these rookie quarterbacks. However, the Cardinals already had one of the best passers in the NFL in Sam Bradford, whose only issue has been staying healthy. The veteran Bradford is one of the most underrated players out there and has played outstanding when he’s been on the field recently, and Rosen simply isn’t a better quarterback than him quite yet. Of course, Bradford has unfortunately dealt with many injuries throughout his career, so there’s a chance Rosen plays as a rookie if he beats out Mike Glennon for the backup job.

Some people are pushing a potential quarterback competition for the Ravens, but that isn’t going to happen. I probably like Lamar Jackson as much as anyone, so this isn’t me thinking he’s not ready to play yet. There just isn’t any way the Ravens are going to put their Super Bowl-winning quarterback in a competition with a rookie they passed on twice before drafting him 32nd overall. Jackson will get some packages to utilize his game-breaking ability, but I will be stunned if he starts the year over a healthy Flacco.