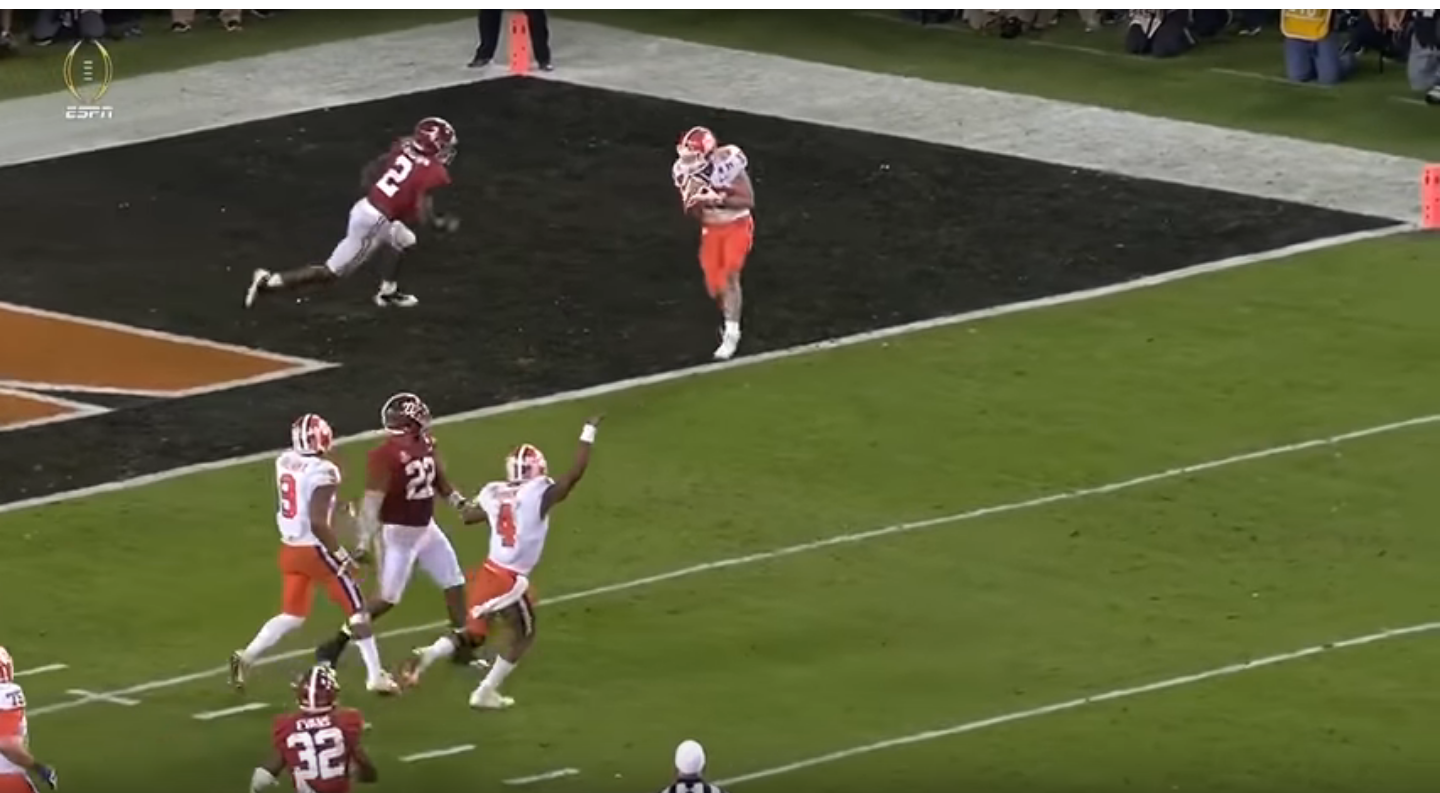 
As I see and hear about draft prospects in the 2017 NFL Draft, I can’t help but think: why is Deshaun Watson not rated as one of the top players in the draft by media members?

I find myself asking that question for a lot of players, but Watson—someone that I’ve been high on—is probably the most profound example this year (Christian McCaffrey, who seems to be vaulting up media draft boards, is another good example), so we’ll use him to illustrate the point of confusion and disconnect between media and reality. During his three-year career at Clemson, Watson took the program to another level.

Deshaun Watson lost three games during his entire college career—against stiff competition. One of the games was during Watson’s freshman year, when he left the game in the first quarter with a knee injury.

It’s hard enough to be one of the top four teams and get into the College Football Playoff, but Watson got to the National Championship Game in two consecutive years. Of course, Clemson lost in 2016 to Alabama, but Watson put on a show.

This past season, Watson and the Tigers showed heart, determination, and calmness when they put themselves in the same position they were in the season before—against Alabama in the title game. Everyone knows how it went. In the biggest moment, Watson showed a steady hand and was a huge reason Clemson won the game.

With his great skill set, which includes a very good arm, a quick release, and the ability to make plays with his feet, one would think Watson also translating that on the field as one of the greatest college players of all-time would have been enough to get the respect he deserves.

Then the draft boards came out.

Watson was hard to find—not really near the top of the overall boards across the internet. But he had to be atop the quarterback rankings at least, right? So, I jumped to the QB rankings…

One, or both, of Kizer and Trubisky were ahead of Watson on almost every source. Overall, Watson wasn’t even in the top 20 most places. I couldn’t believe what I was seeing.

Nothing against Trubisky and Kizer, but how are they ranked ahead of DeShaun Watson? Trubisky has a lot to like, but he started one season at North Carolina (that doesn’t mean he can’t be good in the NFL, but he’s inexperienced compared to Watson). Kizer’s own college coach Brian Kelly said he thought Kizer should’ve stayed in college.

Nick Saban, one of the greatest coaches of all-time, said back in 2016 (even before Watson beat Alabama in the national championship) that Watson is “the best player in college football since Cam Newton.”

Saban said he entered the title game thinking that Watson was a skilled runner with a powerful arm. But his accuracy impressed the veteran coach.

“He could get the ball into spaces about like this,” Saban said, holding his hands about a foot apart. He added that he didn’t see any real holes in Watson’s game.

Say what you want about his time in the NFL, but when someone like Nick Saban says something like that about a player, you strongly consider it.

Watson’s own college coach, Dabo Swinney, said passing on Watson would be like passing on Michael Jordan. Swinney then stood by his comments later.

Super Bowl winning coach Sean Payton said on The Dan Patrick Show “yes, absolutely…there’s something special about him, right?” when asked by Dan Patrick if he can get something out of watching Deshaun Watson win against Alabama. Payton said, “he appears to have all of those things that we’re looking for.”

Three great football coaches (granted, one was his coach) had great things to say about Watson. Why is the media not listening?

This reminds a little bit of Marcus Mariota when he was coming out. He’s a different player than Watson, but in terms of the media’s opinion on them, Mariota and Watson are similar.

There was a lot of talk about Mariota not being a great prospect because of the offense he played in. I had no concerns about that and thought he was clearly the best prospect in that draft, which included number one overall pick Jameis Winston.

Mariota eventually went number two overall to the Titans, but some people were still not sold on him being a good player in the NFL. All they had to do was listen to his former college coach, Chip Kelly, talk about him.

Before the 2015 National Championship Game, Kelly said on ESPN that Mariota “thinks like a Peyton Manning,” but also has the athletic ability. Kelly said he might be the fastest guy on the field, “but his mind is even faster.”

Hearing that should just end the conversation—Mariota was a great prospect. With the Titans, he’s showing why he was a no-brainer high pick in the draft.

We’re now hearing similar things about Deshaun Watson. It’s time for some people to catch up and listen to highly successful coaches heaping praise on him.