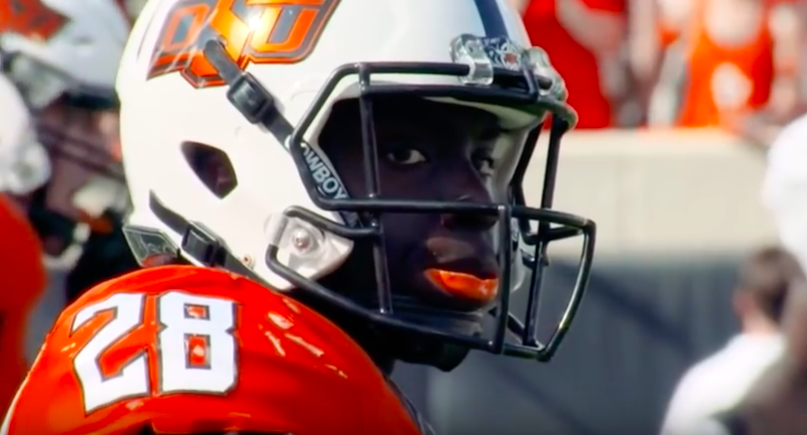 
The NFL comparisons for this year’s draft class continues with the wideouts. If you missed it, I’ve also done comps for quarterback and running back already.

I’ve been excited about Christian Kirk’s pro prospects since his freshman year at Texas A&M, as he is explosive, can run the route tree, and has soft hands. He doesn’t have the catch radius that Odell Beckham Jr. does, but Kirk should run 4.4 at the Combine and is a threat to score from anywhere on the field at any moment.

This is one of the easiest comparisons to make this year, as Calvin Ridley and Reggie Wayne are both basically the size, but their skills are what really match up. Not only does the Alabama product run crisp routes, but he also has an all-around smoothness and polish to his game like Wayne did. Ridley should be able to step into any role and succeed at the next level.

James Washington was one of the most productive players in college football over the past three seasons, and he is the premier deep threat in this year’s class with 19.8 yards per reception in his career. He profiles similarly to what Torrey Smith could have been coming out of Maryland, so I liken him to a souped-up Smith that can get behind the defense even when they know it’s coming.

Sutton is a very interesting comparison to make, as he has great size (6’4”, 216), but doesn’t really play big on 50/50 balls like Dez Bryant or Alshon Jeffery (two other comps that have been made), despite the Pro Bowl receivers being shorter. I think Sutton is more like Devin Funchess as someone that gives cornerbacks trouble with his size on intermediate routes and can be difficult to bring down after the catch.

Miller was the fifth receiver in my first positional rankings, but I think he will be moving up soon. The senior broke onto the scene with a 96/1,462/18 line this year, and his game definitely translates to the next level. I see a lot of Antonio Brown in him, which is obviously an all-time great comparison, but he could quickly become one the game’s best receivers. Miller plays bigger than his size, so I really doubt he’s limited to just the slot in the NFL. Steve Smith Sr. is another good comp.

I immediately saw Michael Floyd in Marcell Ateman’s game when I watched his tape. Both have something awkward about them, but that isn’t the case at all, as they each have natural pass-catching skills when it comes to both hauling in passes and getting their feet down in bounds. Also, they each possess deceptive speed and can make the spectacular catch look easy.

There wasn’t a receiver in college football that could work the sidelines better than Simmie Cobbs in 2017, and his 11/149/1 line against Ohio State in the season opener was evidence of that. Sidney Rice is a solid comparison (before the hip injury that derailed his career), as both players could/can win on the perimeter with big frames to bring in well-placed passes. I also see a bigger, less-explosive Marvin Jones based on Cobbs’ ability to make amazing catches on the boundary.

D.J. Moore did a lot of his damage at Maryland on YAC production after short passes, and he was able to pick up chunk yardage based on his shiftiness, strength, and balance more than his speed (not that he isn’t fast). He’s a little bigger than Golden Tate, but the two have very similar games.