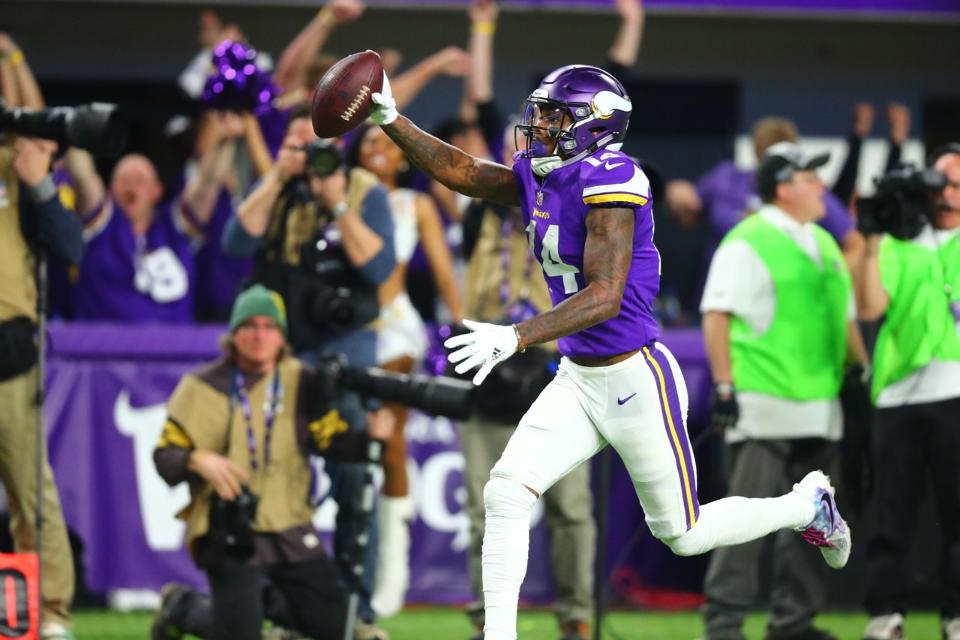 I’m guessing the NFL and CBS are disappointed that Jacksonville will face New England in the AFC Championship instead of Pittsburgh, but I actually think the Jaguars will give the Patriots more of a game. We have seen Tom Brady and Bill Belichick defeat the Steelers time and time again, but there’s an uncertainty about Jacksonville that makes this matchup intriguing. Also, the league isn’t lacking for storylines leading up to the game, as while the Pats are going to allow their play do the talking as usual, the Jags haven’t been afraid to talk since last Sunday. Most of it’s coming from Jalen Ramsey, who not only claimed they will win the Super Bowl, but also that Rob Gronkowski “hasn’t played a corner like [him] before.” We’ll see how it plays out soon enough, but I highly, highly doubt that Ramsey—as great as he is—will be a match for the most-dominant tight end in NFL history.

The biggest storyline of the week is the health of Tom Brady after suffering a right hand injury in Wednesday’s practice, and whether it be to hide to damage or just pure gamesmanship, Brady showed up to Friday’s press conference with a glove on both hands. However, even after reports that he received stitches, there is little-to-no question about his status this weekend. The bigger concern for TB12 and New England is that they face the best defense they’ll have seen all season, and it’s a fast one, as the Jags’ speed on that side of the ball is similar to Atlanta’s in Super Bowl LI, which gave the defending champions trouble for the better part of three quarters. Still, I don’t see them shutting down Brady with a sixth ring in his sights, and the Patriots would probably welcome Jalen Ramsey on Gronk because it would open things up for everyone else (and he can win one-on-one against anyone).

Defensively, it’s not difficult to predict what the game plan for Belichick will be: make Blake Bortles beat them. I would be shocked if Leonard Fournette is able to run wild like he did last week, as he will see a lot of stacked boxes. Also, New England will probably also have a spy on Bortles, especially when they play man-to-man coverage, so a win will probably have to come from the quarterback’s arm. Unless the Jags are able to get constant pressure and force at least a couple turnovers, it’s going to be tough to pickup a victory. I hope we get a great game, but I’m not going against the coach-quarterback combination that’s 18-3 at home in the postseason.

Saying the NFL is rigged because of a Facebook post that advertised a Patriots-Vikings Super Bowl is as ridiculous as saying that I am a part of some vast Illuminati conspiracy and knew the ending of the Saints-Vikings game because I had Stefon Diggs in the end zone as the cover photo for last week’s game picks. Seriously, you couldn’t write an ending like that, and Minnesota probably doesn’t care one bit that their chances of having all home games in the postseason ended with Philadelphia’s win over Atlanta the day before. Some people are concerned that the Vikings will have a letdown following an “emotional high,” but that’s just silly; Minnesota is a legitimate Super Bowl contender, not a six-seed that’s playing on borrowed time.

It shouldn’t be a surprise that the Eagles are home underdogs for the second-straight week against a loaded opponent, and that should be a good thing. No city plays the underdog like Philadelphia, and the Linc will be absolutely wild on Sunday with dog masks all over the place. On the field, this will come down to quarterback play, and despite the clueless NBC commentators continually calling him “shaky” at the start of the game, Nick Foles looked comfortable and played well throughout in the win over Atlanta. He’s obviously not Carson Wentz, but Foles is good enough to claim the first Super Bowl title for Philly with two more wins. On Sunday, though, he should air it out as little as possible against Xavier Rhodes, Harrison Smith, and the best secondary in the NFL.

As for Minnesota’s quarterback Case Keenum, he will go down in football lore after the “Minneapolis Miracle”, and him leading the “SKOL!” chant before the kneel-down conversion probably gave everyone not in New Orleans goosebumps. That said, he simply cannot make a big mistake like the interception he threw to allow the Saints back in that game, and if he does that again this week, I don’t see the Vikings getting out of it on the road. This should be a relatively low-scoring, slugfest of a game, and like I said last week, Philly could get a huge boost in the fourth quarter of a close game once the Rocky music starts playing. It’s a toss up, but I think former Eagles offensive coordinator Pat Shurmur will ride Latavius Murray and the running game to set up play-action passes in a close win.