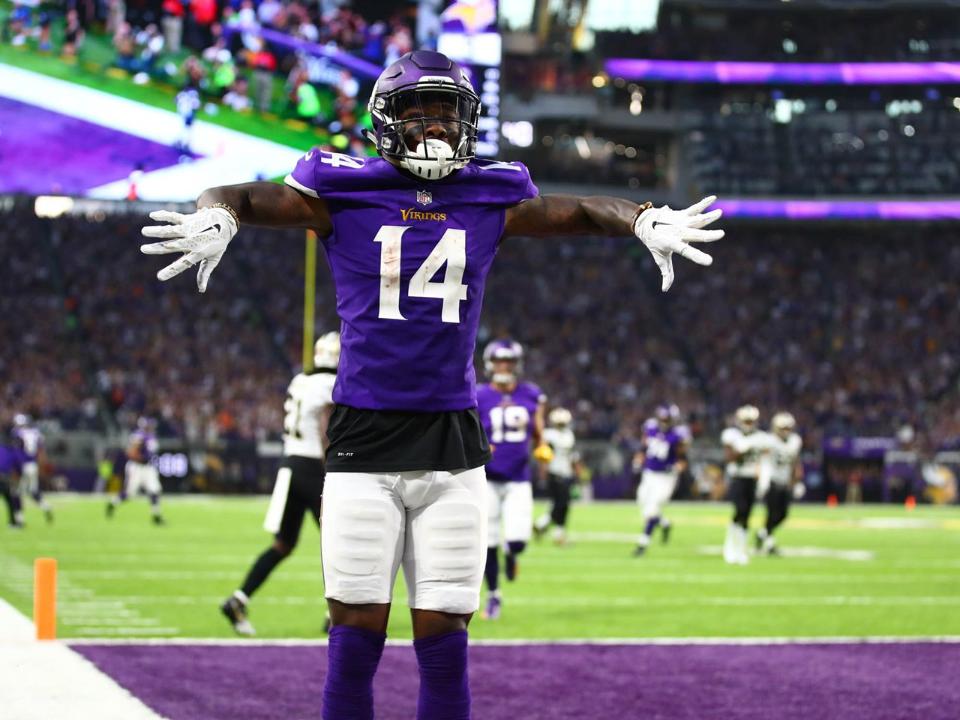 This Saturday’s matchup between the Falcons and Eagles is the first time in NFL history that a #1 seed is an underdog to the #6 seed, as Atlanta is coming off a convincing win over the Rams, while Philadelphia didn’t play their best football to end the regular season—and will obviously be without Carson Wentz. Of course, no one plays the underdog like Philly, so I think not being favored works in their favor. Seriously, the crowd will be out of control if it’s a close game in the fourth quarter and they start playing Rocky clips on the big screen, which could turn out to have a real impact on the game. Plus, I think the Falcons were the best possible draw for Doug Pederson’s squad, as both are aggressive teams, so they will just need to impose their will in the running game and get to Matt Ryan.

Also, for what it’s worth, the Eagles held Atlanta to a season-low 15 points in Ryan’s MVP season a year ago, getting consistent pressure on the quarterback in a 24-15 victory. Like they did with Ryan Mathews last season (19 carries for 109 yards and two touchdowns), the team needs to rely on Jay Ajayi to carry the load and try to wear down Dan Quinn’s defense and keep Matty Ice off the field. However, there’s no one on the roster for Philly that will be able to cover Julio Jones, and the Falcons will also have Tevin Coleman healthy and active, which wasn’t the case in the 2016 matchup. The Eagles certainly have a chance to knock off the defending NFC champions, but Nick Foles will probably have to play really well, and Nelson Agholor needs to be featured in the passing game.

As I said last week when I picked the Titans, not many people are giving them a chance (98% of the “experts” picked Kansas City), but they are a good football team. If you don’t want to take my word for it, just read what Bill Belichick had to say about them this week:

New England can destroy any team at any time, but I don’t think this will be a cakewalk for them like many expect. The Titans are as confident as anyone right now, and their silent assassin at quarterback has done it all for them in two-straight elimination games with a stiff arm to seal it in Week 17 and a block to spring Derrick Henry last week (not to mention catching a touchdown pass from himself in one of the plays of the year). Marcus Mariota will need his receivers play a lot better than they did against the Chiefs, but if Dick LeBeau’s defense can force a couple turnovers, I think this will be a good one. That said, Tom Brady has typically torn zone coverage to shreds, and I’m not picking against the Patriots in the playoffs, especially at home.

Jaguars-Steelers is my pick for the most intense game of the week, as it was clear in their regular season matchup that they weren’t exactly fond of each other. If you never saw the play or don’t remember it, Pittsburgh’s hard-hitting safety Mike Mitchell had a miniature tantrum on the field after rookie runner Leonard Fournette motioned at him during the play to come take him on in the open field, so Jacksonville clearly won’t be lacking confidence on the road this Sunday. Nor should they, as in Week 5 at Heinz Field, the Jaguars dominated the Steelers in all facets, forcing a career-high five interceptions by Ben Roethlisberger in a 30-9 win where Fournette ran for 181 yards and two scores. In that meeting, Blake Bortles only had to throw 14 passes, and you can bet the formula will remain the same if possible for the Jags.

It will be interesting to see how effective Antonio Brown is coming off a serious injury, as I doubt he is 100%, and just being out there is be a testament to how hard he works. Even if he were fully healthy, though, I don’t think attacking through the air is the way to go against this opponent. Some of those 55 pass attempts by Big Ben in the regular season loss to Jacksonville was probably due to AB having a sideline outburst the week before, but this should be a Le’Veon Bell game where he pushes for 30-35 touches while sprinkling in Brown, JuJu Smith-Schuster, and Martavis Bryant. Defensively, the Steelers need to focus on stopping the run like Buffalo did last week. I don’t think they will waste a chance at a conference championship appearance with this group’s window potentially closing.

As the legendary Chris Berman used to always say, there’s no better weekend in sports than this one, as the Divisional Playoffs feature the eight top teams in football. They’re all really good, but I would say this year’s slate ends with the best game of the week, as the Saints and Vikings might be the two favorites in the NFC. These teams played in the season opener on Monday Night Football, but things have changed a lot since then. For one, Case Keenum is leading the Vikings, but Sam Bradford—who dropped dime after dime against New Orleans—looks like he could be activated from IR as the backup. Hopefully Keenum continues to play well, but I wouldn’t be surprised to see Bradford come in if things go south. Over the past two seasons, only Tom Brady, Matt Ryan, Drew Brees, and Aaron Rodgers have a better quarterback rating than Bradford (101.1). Also different is the running back position, as Dalvin Cook has been done for the year since October, but Latavius Murray and Jerick McKinnon have filled in admirably for Minnesota.

The Saints have an impressive backfield duo of their own in Pro Bowl runners Mark Ingram and Alvin Kamara, but they might not find much room against what I think is the best defense in the NFL. They way I see it, Mike Zimmer’s unit matches up well with Sean Payton’s offense, as Xavier Rhodes can erase Michael Thomas, while athletic linebackers Eric Kendricks and Anthony Barr (plus safety Harrison Smith) can contain Ingram and Kamara underneath. That’s easier said than done, but Drew Brees will likely need to be as lethal as he was in the Wild Card Round to consistently move the ball this Sunday. I give Minnesota the slight edge with Stefon Diggs and Adam Thielen proving to be too much to handle like they were in Week 1.