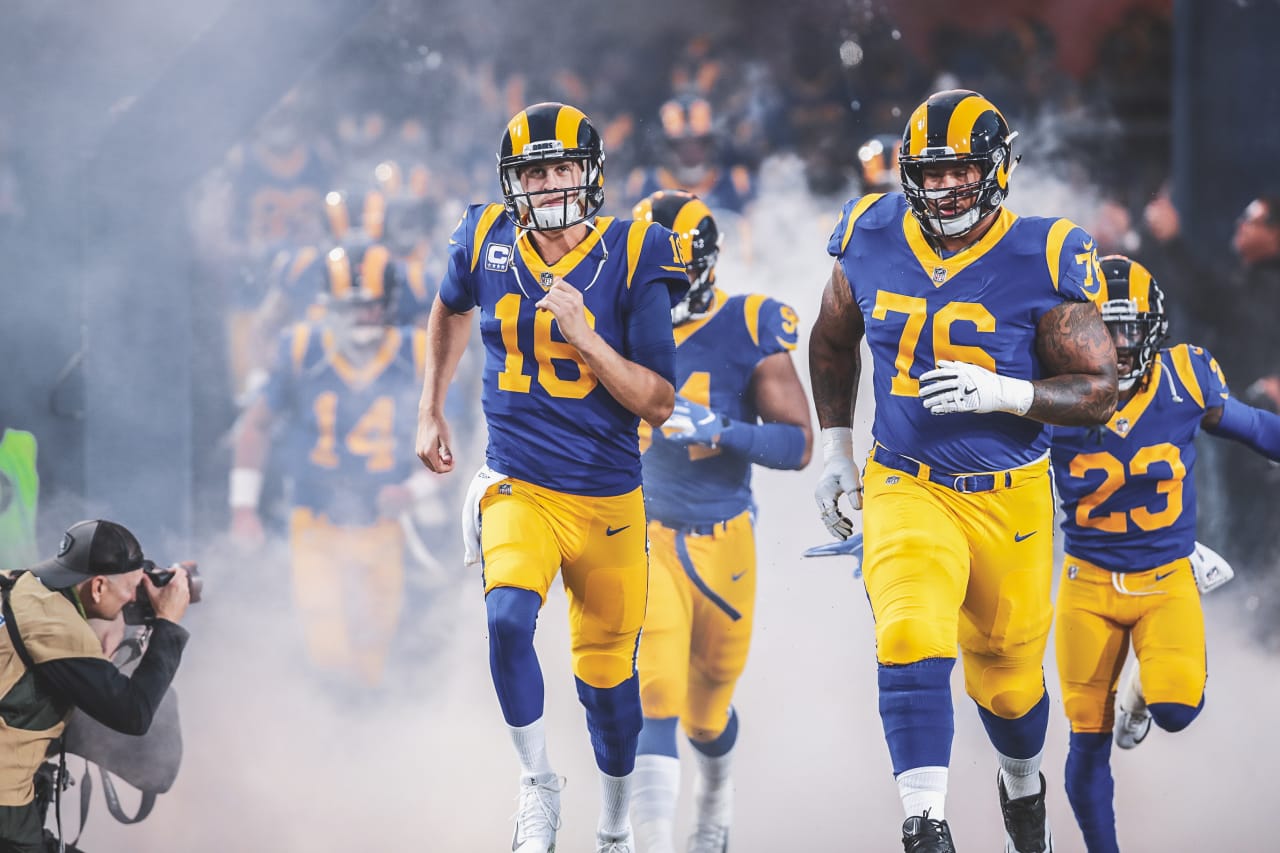 The NFC Championship should be a high-scoring affair between two teams that combined for 970 total yards and 80 points in their regular season matchup, but the stakes are obviously much higher with a trip to the Super Bowl on the line. In the Week 9 game, Los Angeles got off to a slow start and fell behind 35-14 in the first half, but they scored 21 unanswered points to tie things up with less than ten minutes remaining. After that, New Orleans ended up going ahead with a field goal, and the Rams saw their hopes of remaining undefeated dashed when Marcus Peters let Michael Thomas get behind him for a 72-yard touchdown on third-and-long, making it 45-35 in a score that held. Fortunately for the Rams, they will have Aqib Talib in the lineup to cover Thomas this time, and unlike last week when Eagles defensive coordinator Jim Schwartz declined to blitz or double the star receiver (partly due to inexperience at cornerback), I would be shocked if Wade Phillips allowed Drew Brees to stand in the pocket and wait for his top target to find a hole in the defense, particularly on key third downs. Plus, if Ndamukong Suh plays like he did last week, Los Angeles is basically adding another impact player to the defense along with Talib.

On the other side of the ball, the Rams will still be without Cooper Kupp (5/89/1 in Week 9)—a loss that cannot be overstated—so we should see another run-heavy game plan centered around Todd Gurley and C.J. Anderson, which will set up play-action passes to Brandin Cooks and Robert Woods against an up-and-down secondary. Even dating back to and including his lost rookie season, Jared Goff has thrived against the Saints, completing 66.1% of his passes for 319.7 yards per game and an 8:3 touchdown-interception ratio in three matchups. The former No. 1 overall pick can silence a lot of doubters this week by winning a shootout at the Superdome, and only those with a prior agenda are unable to acknowledge how good Goff has been as the triggerman of Sean McVay’s offense. The young quarterback and head coach combination has combined to go 13-3 on the road over the past two years, and even a playoff environment in New Orleans probably won’t phase them.

Defensively, I think preventing the deep ball will be crucial for both teams on Sunday, as in the regular season, only the Raiders (15) allowed more passes of 40+ yards than the Saints and Rams (14 each). I’ve always been a proponent of airing it out more, and we saw a wrinkle from the Saints last week when Taysom Hill threw a would-be 46-yard touchdown to Alvin Kamara (it was negated by a very questionable holding call) deep down the seam. LA will now be ready for the versatile backup quarterback to throw, but that might open more holes as a runner for not only himself, but also Kamara and Mark Ingram. The game will likely come down to the arms of Brees and Goff, though, and whoever has the ball last might end up victorious. It’s difficult to pick against Brees at home, but I’m taking the Rams’ calm confidence over New Orleans’ brashness.

An “arctic blast” is no longer in the forecast for Kansas City this weekend, but Arrowhead Stadium should still be frigid for the AFC Championship Game with a temperature in the mid-to-low 20s. The Chiefs are doing their best on Twitter (warning for potential Season 7 Game of Thrones spoiler) to pump themselves up, but I don’t think anyone would disagree that the colder it is, the more it would favor the Patriots, and comments by David Andrews, Bill Belichick, and Tom Brady only bolster that idea. We probably need to go back to New England’s first Super Bowl—when they were 14-point underdogs to the Rams—to find a time they were able to play the “chip-on-their-shoulder” card as heavily as they can as a team this week, and the players seem to be feeding into it based on Julian Edelman’s hype video, which includes Brady’s postgame comments following last week’s win over the Chargers. It’s pretty funny to hear the greatest quarterback of all-time joke about being disrespected, but you better believe there is some truth to what he’s saying, and it will only be added motivation for the former sixth-round pick.

The Pats were able to survive a 43-40 shootout in Foxborough earlier this season against Kansas City, and the defense will likely have to play a lot better on the road than it did at home for Brady and Belichick to advance to their third consecutive Super Bowl. His return is flying way under the radar, but Sammy Watkins being healthy is more significant than people realize for the Chiefs, and that will be especially true this week; while the talented wideout was held to just two receptions for 18 yards in the October meeting, his presence forced the Patriots to pay less attention to Tyreek Hill, who went off for a 7/143/3 line. Expect New England to once again put Stephon Gilmore on Watkins in one-on-one coverage, make sure there is help consistently over the top on Hill, and play bracket coverage on Travis Kelce, but that will all be easier said than done against Patrick Mahomes. The mobile, cannon-armed 23-year-old has never played in a game close to this magnitude, so it will be interesting to see how he handles it.

Of course, the opposite is true for Brady and most of his weapons—James White, Rob Gronkowski, Chris Hogan, and Edelman have all previously stepped up in big moments—but I think Sony Michel and Phillip Dorsett might actually be the difference-makers on offense this weekend. We know New England’s first-round pick has been leading the ground game and just scored three times in his playoff debut, but Dorsett has quietly been a very reliable target for TB12, including a score in the Divisional Round to help build a 35-7 halftime lead. Kansas City has struggled a bit against downfield threats, which could mean a big game for Dorsett as he looks to reach his potential for this hopeful Super Bowl run. That said, the Pats will only make Sunday night a shootout if it’s necessary, and Michel is expected to be the focal-point unless Brady needs to orchestrate a go-ahead or game-winning drive in the fourth quarter. The story on Monday morning might be both “old guys” (Brees and Brady) winning or the next generation (Goff and Mahomes) being ready to take over, but I think we will get a split decision with New England aiming for ring No. 6 next month.

For access to this week’s recommended pick—the last of the season—and much more, get Fantasy Consigliere now… It’s an offer you can’t refuse.