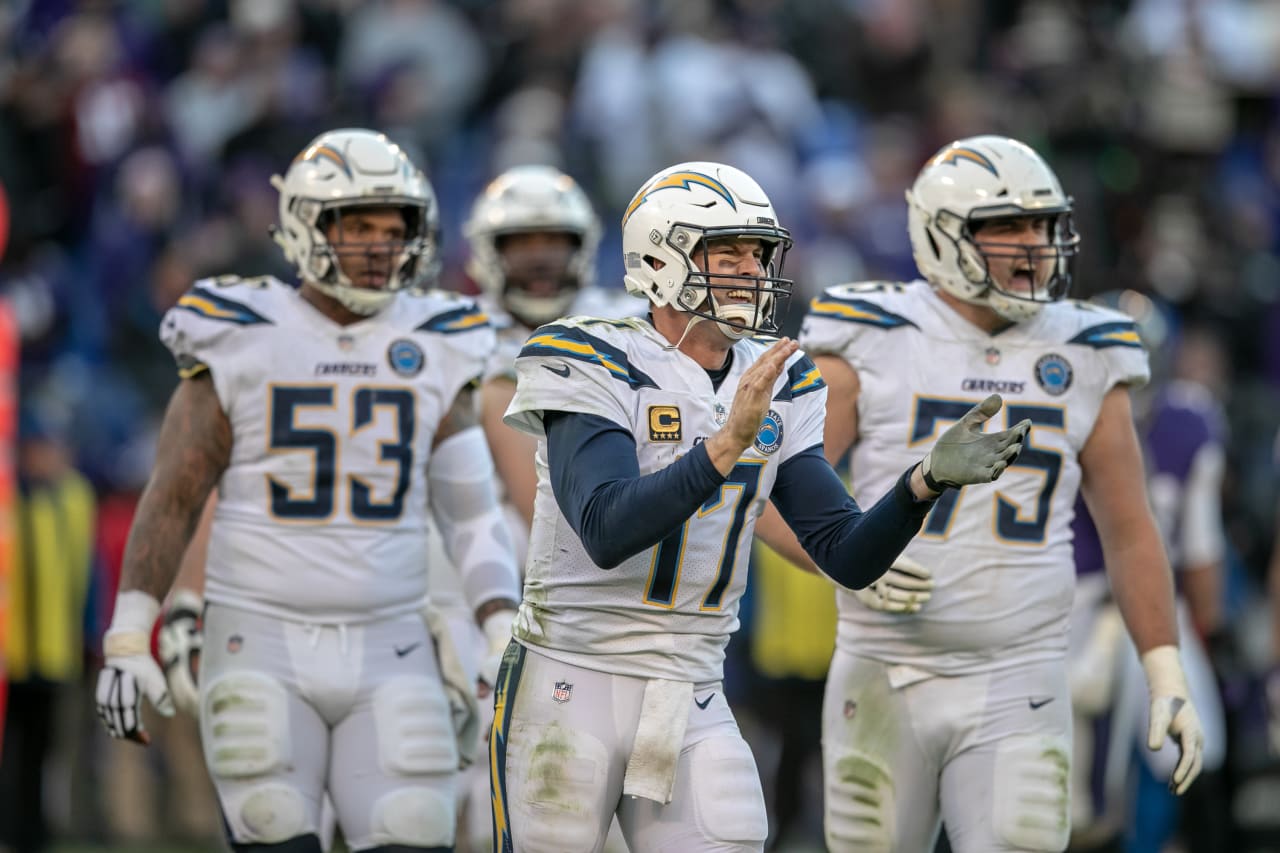 Football fans that want to see a shootout similar to Chiefs-Rams in Week 11 could get their wish to kickoff the Divisional Round, as Andrew Luck will look to outduel Patrick Mahomes for what should be a high-scoring affair at Arrowhead Stadium. Mahomes—the probable MVP of the league—appeared mortal to close out the regular season with 265.7 passing yards per game and a 1-2 record (compared to 330.8 yards per game and an 11-2 record from Week 1 to Week 14), but he should get reinforcements this weekend if Sammy Watkins (foot) can return from a five-game absence, which would be a huge boost to the entire offense. Kansas City is still extremely explosive without Watkins, but with him, it’s basically impossible to stop all their weapons when you combine the stars (Tyreek Hill, Travis Kelce, Watkins) and the complimentary options (Damien Williams, Spencer Ware, Chris Conley, Kelvin Benjamin, Demarcus Robinson). Plus, even in the rare occurrence where the Colts are able to get everyone covered, Mahomes might end up beating them with his legs.

Indianapolis doesn’t have the overall artillery that the Chiefs do, but when you have Andrew Luck and T.Y. Hilton, you have a chance. In the memorable 28-point comeback victory in the 2013 AFC Wild Card Round against Kansas City, the pair connected for 224 yards and two touchdowns (including the game-winning score), and for this year’s playoff rematch, Marlon Mack gives the Colts more balance to keep the defense honest. On the other side of the ball, Indy needs to mix up their coverage and let star safety Malik Hooker try to bait Mahomes into a mistake, but I expect Andy Reid to have a strong game plan in place to flood the zones. That said, Luck wasn’t at his best last week, and I think that only makes it all the more likely he plays lights out on Saturday to win a shootout and advance to the AFC Championship as the Chiefs see their season end in another heartbreaking loss.

Running the ball and playing stout defense is a formula that travels well late in the year, and the Cowboys will hope that it carries them to their first conference championship appearance since 1995—a drought only exceeded by the Redskins (1991) and Lions (1991) in the NFC. Of course, having a big-game quarterback helps, too, and as stated last week (but now updated), Dak Prescott is 13-4 in primetime, 18-6 in one-possession games, and 20-8 from November through January, so critics are running out of reasons to disparage a guy that has proven to be one of the NFL’s most clutch quarterbacks with more game-winning drives (14) than anyone since entering the league. Also, Amari Cooper (7/106) encouragingly got re-involved in last week’s victory over the Seahawks following a quiet stretch to close out the year, and it will be interesting to see how he matches up against Aqib Talib and Marcus Peters—two cornerbacks he knows well from their time competing in the AFC West. I think the Cowboys would be wise to give Cooper more snaps on the left side of the formation to face the burnable Peters at right cornerback.

Scoring points probably won’t be an issue for a confident Prescott and Ezekiel Elliott—who should be in for another 30+ touches—facing a defense that allowed a league-high 5.1 yards per carry, but stopping Sean McVay’s extra-prepared offense will be the real challenge. When these teams met last year (a 35-30 Rams victory), the Cowboys were actually able to force Los Angeles to settle for seven field goals, and not breaking in their own territory would be huge on Saturday night. But while a lot will fall on Jared Goff with Todd Gurley (though not listed on the injury report) potentially not quite himself and Cooper Kupp (knee) obviously out for the year, I think he’s ready to prove himself as a top-tier quarterback after getting a taste of the postseason in 2017. Look for Robert Woods to be utilized out of the slot with Brandin Cooks presenting an interesting test for All-Pro corner Byron Jones on the outside, and the Rams play at least two weeks longer than they did in McVay’s first season at the helm.

Philip Rivers played on a torn ACL last decade in a playoff loss to the Patriots, and he’s been waiting 11 years for a January rematch, which he now gets on a healthy knee. People in the building will certainly remember Rivers’ attempted heroics, but they don’t need to go far for inspiration this season, either. In terms of physical/mental toughness, star tight end Hunter Henry (knee) is set to return from a torn ACL suffered in the spring, and emotionally, veteran defensive tackle Brandon Mebane says he will play just days after the death of his infant daughter due to a rare heart condition. Most years, a warm-weather San Diego (now Los Angeles) team would be at a disadvantage facing the Patriots in below-freezing temperatures, but this Chargers squad is different when it comes to their mental makeup (9-0 record out of LA) and their style—control the ball, get after the passer, and play stout coverage. As most should know, teams that typically give New England problems in the postseason make Tom Brady uncomfortable in the pocket, so the matchup to watch on Sunday will be Joey Bosa and Melvin Ingram against Trent Brown and Marcus Cannon.

To offset the pass rush, Brady will keep using the quick-strike passing attack centered around Julian Edelman, but getting Rob Gronkowski going would be huge for another potential Super Bowl run. Coming off a banged-up regular season, Gronk being unleashed in the playoffs is a quick way to turn the Pats from overlooked (a rarity in January) to seemingly unstoppable. However, the Chargers have the personnel in the secondary that looks built to play against New England with an All-Pro in the slot (Desmond King) and at safety (Derwin James), so we’ll see if Bill Belichick wants to implement a run-heavy game plan—one significantly different than Baltimore’s spread attack—that would devour the Los Angeles defense if they try playing safeties at linebacker once again. Mistake-free football by Philip Rivers would give the Chargers a real chance (especially if Melvin Gordon sees a full workload), but Super Bowl LII was the first and last time I’m picking against Brady and Belichick.

Even dating back to last year’s Super Bowl run, it felt as if the Saints were the one team Philadelphia didn’t want to meet because Drew Brees could rip them apart. Now? I’m not so sure that’s the case. Following New Orleans’ thrashing of the Eagles in November—a 48-7 victory—Brees threw for just 205.6 yards per game with a 7:4 touchdown-interception ratio over the final five games, and he might be a little rusty this week having not played since the day before Christmas Eve. If so, that opens the door for Nick Foles and the Birds to jump out to an early lead, and the last thing the Saints want is to give the defending champs more confidence than they already have. I’m expecting another spread-the-wealth passing attack that gets Zach Ertz, Alshon Jeffery, Nelson Agholor, Golden Tate, Dallas Goedert, and Darren Sproles involved, which puts the pressure on an unproven secondary that has allowed the top quarterbacks they have faced to put up huge numbers this season: Matt Ryan (374 yards, five touchdowns), Jared Goff (391 yards, three touchdowns, one interception), Ryan again (377 yards, two touchdowns, one interception), and Ben Roethlisberger (380 yards, three touchdowns).

There is some bad blood between these teams, too, as while Sean Payton and Doug Pederson are good friends, the players have participated in some trash talk—both direct and indirect—over the past year. And now, I think Payton made a grave mistake of adding more fuel to the fire by wheeling in the Lombardi Trophy and $225,000 into the locker room as a ridiculous motivation tactic that could really backfire considering Philly’s new “ski mask” persona (which is also kind of silly in my opinion, but considerably less compared to Payton’s recent display). If Alvin Kamara—who was the main instigator in the war of words by saying the Eagles didn’t want to play them last year—is contained, Michael Thomas doesn’t go crazy, and Ted Ginn or Tre’Quan Smith doesn’t get behind the defense, I’ve got Philadelphia robbing one on the road and continuing another improbable run.