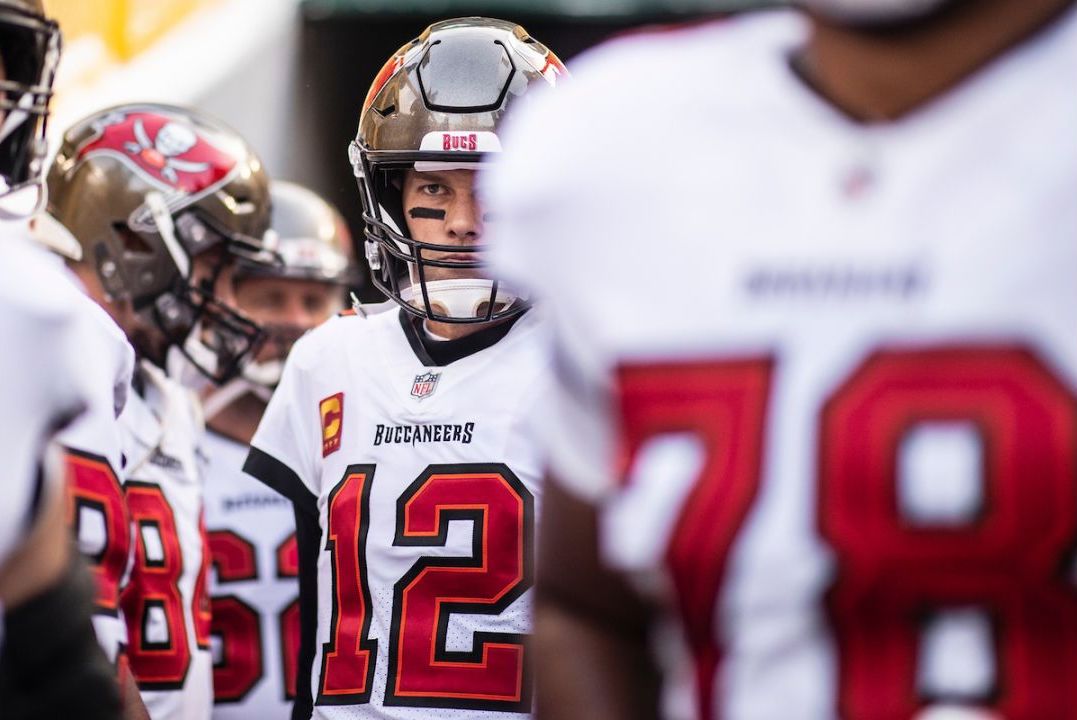 As far as I am concerned, Tom Brady is the greatest quarterback of all-time and has nothing left to prove as a six-time Super Bowl champion, but Sunday will be his chance to put a flamethrower to any potential future debates by—at 43 years old—defeating 25-year-old Patrick Mahomes for what in all likelihood will be their only Super Bowl matchup (though I wouldn’t bet against Round 2). What Brady has done to get the Buccaneers into this position with no offseason in a COVID-impacted year probably hasn’t been talked about enough, but it shouldn’t have been a surprise to anyone that knows anything about TB12; and the G.O.A.T. having the house to himself for nearly two weeks in the lead up to Super Bowl Sunday is basically the equivalent to allowing Batman maximum prep time.

Of course, the challenge for the Buccaneers will be keeping their quarterback clean, and units coordinated by Steve Spagnuolo—dating way back to Super Bowl XLII with the Giants—have usually been able to get to Brady, who has a 2-3 career record versus Kansas City’s defensive play-caller. That said, Tampa Bay has all the weapons needed to move the ball with Antonio Brown (knee) looking likely to suit up, and he could be the x-factor to force the Kansas City defense to be stretched more horizontally, which is something Buffalo exploited a bit in the AFC Championship and would probably place more of a priority on if given a redo.

Other than pass protection, my main concern for the Bucs is the offense potentially trying to force the ball to Mike Evans. In the regular season, Kansas City allowed two short touchdowns to the big-bodied wideout, but he caught just three passes on nine targets, and the lengthy cornerbacks for the Chiefs aren’t a great matchup for him compared to Chris Godwin, AB, or even Rob Gronkowski (six receptions for 106 yards in the first meeting). Perhaps Evans being the target on both Jaire Alexander interceptions in the NFC Championship will lead to Brady not testing double coverage with plenty of capable options to throw to and Tyrann Mathieu—who Bruce Arians knows very well from their time together in Arizona—lurking in the secondary for a tip/overthrow.

In the backfield, Ronald Jones II turned ten touches into 103 yards and a score versus Kansas City earlier this season, and a couple of weeks to rest up should have his quad feeling closer to 100%; Leonard “Playoff Lenny” Fournette will likely draw another start, but I think it will be Jones II that ends up handling most of the carries because of the big-play upside he brings to the table, and as stated, the edges for the Chiefs on defense seemed like the most vulnerable area against Buffalo. Based on the intensity Kansas City’s defense played with in their last appearance, we could get some nasty play inside, and it will be fun to watch instigator Ryan Jensen and the Tampa Bay offensive line take on Chris Jones, Frank Clark, and the rest of the defensive line.

Getting the running game going isn’t quite as important for the Chiefs considering how explosive the passing attack is, as a third-and-long for Patrick Mahomes might as well be third-and-short when you have Travis Kelce, Tyreek Hill, Sammy Watkins, Mecole Hardman on the field. Instead of trying to get Clyde Edwards-Helaire on the ground going versus the league’s No. 1 run defense, this could be the game where Andy Reid unleashes the first-round pick as a receiver—including in the screen game, which hasn’t really been a significant part of the offense—to neutralize whatever blitzes are dialed up by Todd Bowles. Remember, Damien Williams was arguably the best player on the field in Super Bowl LIV and helped offset San Francisco’s feared front, so we’ll see if Edwards-Helaire can step up entering a similar situation.

For the most part, though, Kansas City will play through the combination of Kelce and Hill, and the duo has been on another level this season in terms of it being impossible to stop them both. Basically, defenses that play man coverage don’t have anyone that can keep Hill from going off (like Week 12), but dropping back in zone coverage will lead to Kelce easily finding holes and moving the chains. Bowles should come up with something to at least give his guys a shot, but I would personally treat Kelce like a wideout by putting Carlton Davis and/or Sean Murphy-Bunting on him and doubling Hill with Jamel Dean (4.30 40-yard dash) and constant help over the top; if Sammy Watkins or Mecole Hardman takes over, so be it.

More realistically, the Bucs will simply hope the pass rush can get home against a depleted offensive line won’t have Pro Bowl left tackle Eric Fisher (Achilles) or All-Pro right tackle Mitchell Schwartz (back). Those absences—plus the presence of Vita Vea in the middle to bring more interior pressure—should give Shaquil Barrett or Jason Pierre-Paul a chance to make a game-changing play off the edge, and that’s what it might take to help Tom Brady outduel the young Mahomes in a shootout.

Rounding out the defense, Devin White, Lavonte David, Antoine Winfield Jr. (ankle), and Jordan Whitehead (shoulder/knee) should all be looking to deliver a tone-setting hit early, but they need to balance the aggressiveness with discipline versus an offense that uses misdirection and sleight of hand at a very high level. If just one guy doesn’t do their job on any given play, Mahomes will exploit it—and possibly for six. White in particular has taken the leap into superstardom this postseason, so Sunday will be his chance to finish with a bang.

I think Sunday will be a 15-round fight between Brady and Mahomes, and the team that is able to land more “punches” on the quarterback by creating consistent pressure—or perhaps a late haymaker—should win. The Chiefs have looked nearly unbeatable this year, but I’m going with the most clutch player in NFL history to get the job done for a seventh time to add to his all-time great legacy.