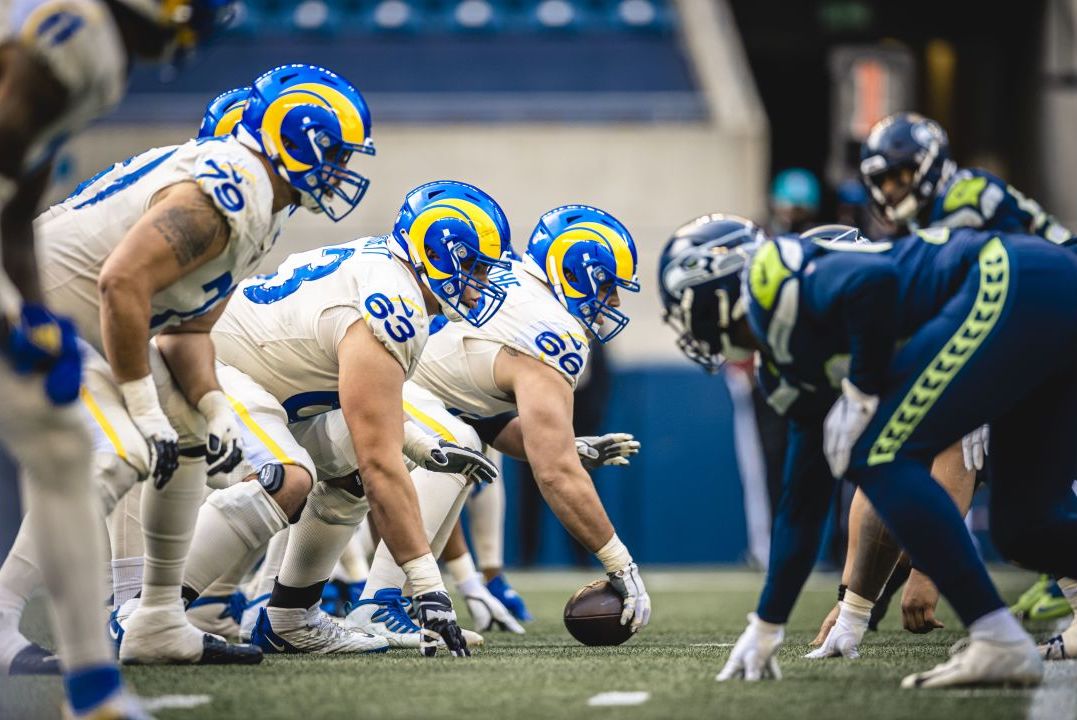 Buffalo keeping their foot on the gas in Week 17 helped the Colts get into the postseason, and it should be a very interesting matchup as Josh Allen takes on the only playoff team in the AFC that he’s yet to face through three seasons. Some have suggested that the Bills might struggle with Indy’s heavy zone defense, but Allen has picked apart zone schemes just as easily as he has torched man coverage, so it will likely be up to Philip Rivers and the offense to shorten the game; if I were the Colts, I would fall back on what Rivers often did with the Chargers by having the play clock drain down to eliminate chunks of the game at a time. Also, Jonathan Taylor—coming off a career-high in carries (30), rushing yards (253), and touchdowns (two) in the season finale—needs to be the focus for 60 minutes whether or not the ground game has early success against a defense that will surely be keying on the rookie runner. Anything can happen in January, but Buffalo is the hottest team in the league and will get a boost from Bills Mafia being at the stadium this weekend.

Sean McVay is wisely playing things close to the vest in terms of his starting quarterback on Saturday with Jared Goff hoping to return from thumb surgery, but I’d expect they will let the former No. 1 overall pick tough it out—especially since reports suggest he underwent surgery precisely to be ready for the playoffs despite wanting to play through the injury outright. The weather forecast looking less wintry than it did earlier in the week should be good news for Goff’s ability to grip and throw the ball in Seattle, and the team having Cooper Kupp off the reserve/COVID-19 list will help no matter who is under center. Just as the case was a couple of weeks ago, though (a 13-9 game until Seattle sealed it with a late touchdown), I’m expecting a slugfest, and this might be a spot where Josh Gordon would have been a difference-maker. Instead, more pressure will be on D.K. Metcalf to win his matchup versus Jalen Ramsey and/or Tyler Lockett to beat double coverage, so the running game should continue to be leaned on, and the offensive line needs to find a way to keep Leonard Floyd away from Russell Wilson (5.0 sacks in two matchups this season). Even on the road, I’m going with the better defense.

The division rival Saints could be their kryptonite, but in general, Tampa Bay is probably the team I would least like to face in the NFC this month, and somehow, a Tom Brady-led squad seems to be getting overlooked heading into postseason play. The offense getting a throwback outing from Antonio Brown (11/138/2 last week) makes them even scarier, and I’m not sure anyone will be able to beat Brady if pass protection holds up. Fortunately for Washington, they have the players on the defensive line—led by Chase Young—to cause havoc, and Brady is notably 0-2 in two career games versus Ron Rivera. That said, I’m not sure Alex Smith (calf) will be close to 100% or even able to play the entire game (Rivera has suggested potentially rotating quarterbacks), and the way Todd Bowles’ defense can get after the passer is bad news for someone with limited mobility. Washington being able to play the underdog card all week and the absence of Devin White (COVID-19) for Tampa Bay certainly gives them a shot, but the playoff result might be in the end-of-movie text when a feature film is inevitably made about Smith’s legendary comeback.

Two intense matchups over the past calendar year between Baltimore and Tennessee has quickly turned this into a rivalry, and the Ravens are still hoping to get on the board with not only a win over the Titans, but also a playoff win for Lamar Jackson—who enters the weekend 0-2 (compared to 30-7 in the regular season). It would obviously be silly to call this a “must win” for a quarterback that just turned 24, but whether right or wrong, questions will continue to arise about Baltimore’s ability to win in January if they have another one-and-done, and Tennessee struggling mightily on defense gives them no excuses on Sunday. Of course, the defense of the Ravens needs to do their part by stopping Derrick Henry, as the eighth 2,000-yard rusher in league history dominated in last season’s playoff matchup, which Tennessee won 28-12. As a prospect, I was a big fan of LSU linebacker Patrick Queen, but this is a game where he could be exposed without a run-stuffer alongside him to help stop Henry when he reaches the second level. If the Titans do what they did a year ago by limiting the passing attack with opportunistic throws for Ryan Tannehill, I’ll like their chances as home underdogs.

Chicago enters the weekend as the NFL’s only double-digit underdog (currently +10 as of this writing), but it would be a huge mistake to count them out on Sunday. Remember, Nick Foles was able to take the Saints to overtime just a couple of months ago, and the Bears have since turned back to the more mobile Mitchell Trubisky and unleashed David Montgomery as an all-around weapon. Plus, it should be noted that Trubisky has performed better against opponents that primarily play man-to-man coverage throughout his career, so Allen Robinson, Darnell Mooney (if healthy with an ankle injury), Anthony Miller, and the tight ends make up a strong supporting cast that will allow him to attack the matchup he likes. New Orleans, on the other hand, should have Alvin Kamara (COVID-19) cleared, but how much will Sean Payton play him without actual practice time? While the playoffs are different, coaches have previously held out players that were on a similar timeline to the superstar back. Overall, this is a game that I have gone back and forth with, but Roquan Smith (dislocated elbow) being very limited or out altogether is tough to overcome.

In a world with some common sense, Kevin Stefanski (COVID-19) would be able to coach the Browns—in their first playoff appearance since 2002—one way or another on Sunday night, but that sadly won’t be the case. Stefanski is still leading the preparation for the week, so Cleveland fans should hope that some time away from the facility will lead to the head coach reflecting a bit to realize they have strayed too far away from Nick Chubb as the offensive centerpiece; just 14 touches last week with a playoff berth on the line (and 13.3 carries per game over the final three weeks) is absolutely inexplicable. If the team gives their best player his biggest workload of the season, the Browns could snap the drought to win their first playoff game in 26 years. For Pittsburgh, I would think they are very confident after nearly taking out their division rival last week on the road without Ben Roethlisberger, T.J. Watt, and Cameron Heyward, but they need the success in the second half versus Indianapolis in Week 16 to carry into January action (rather than the sub-par play that preceded it). To me, a case could be made for Mike Tomlin being the best head coach in the playoffs this year, and the Steelers should get a hard-fought win on Sunday night if Big Ben takes care of the ball.